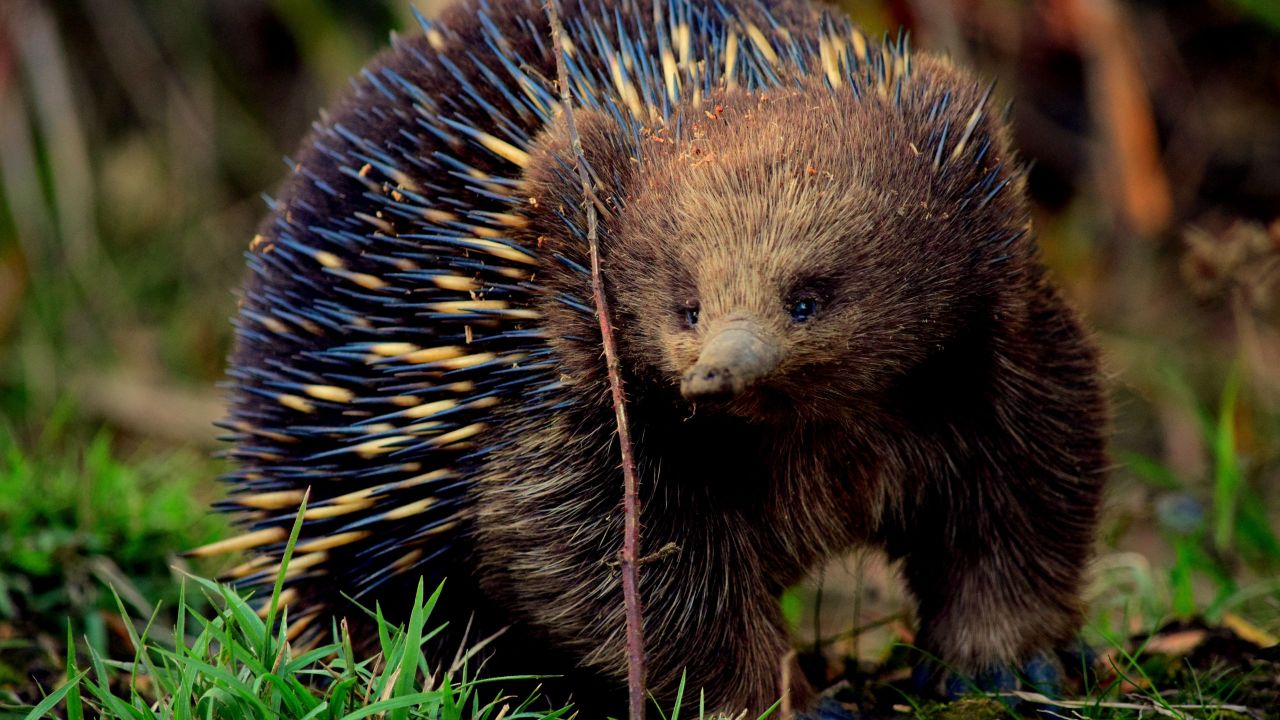 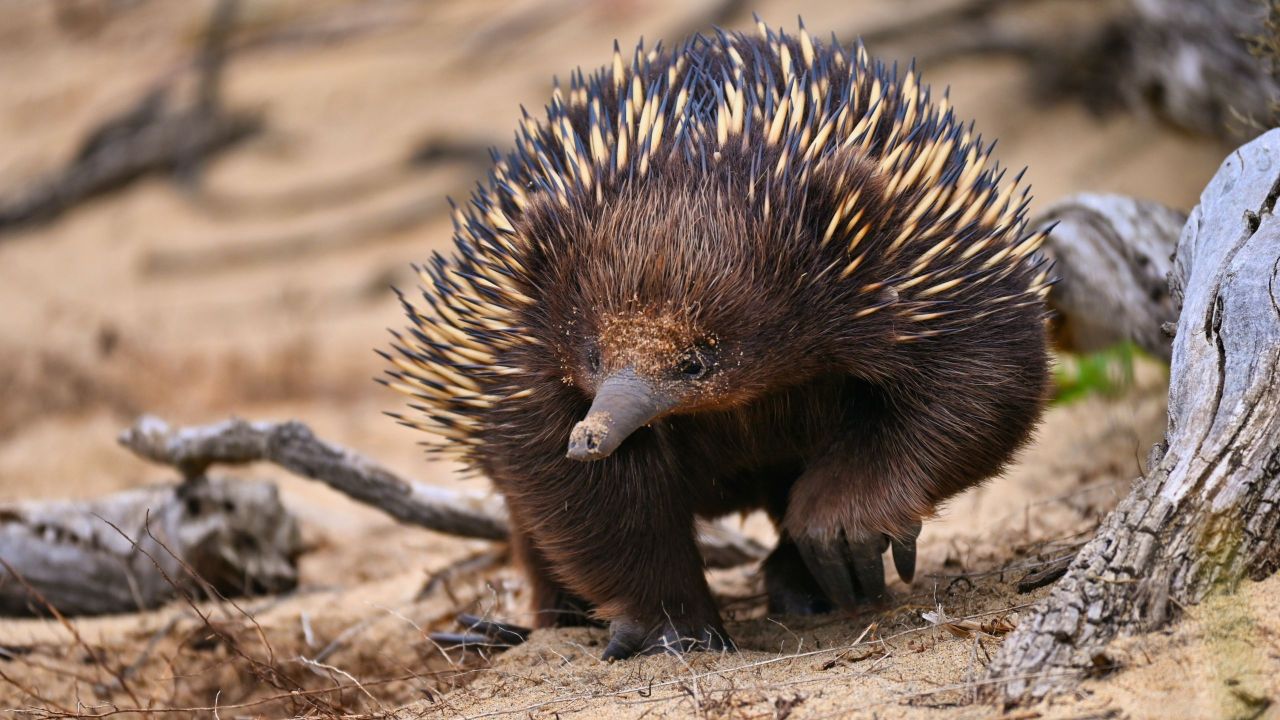 An echidna has a tiny face with small eyes and a long nose, which is sometimes called a beak. While they don’t have great vision, they have an acute sense of hearing and smell. They are also excellent diggers, thanks to their long, rear-facing claws.

Their appearance varies depending on the species. Short-beaked echidnas have dark fur that is almost completely hidden by a covering of hollow, barbless quills, called spines, on their back and sides. Meanwhile, long-beaked echidnas have less fur and more visible spines. All four species have 2-inch, beige-and-black spines that help camouflage them in the brush. On their belly side, both male and female echidnas have a pouch.

While their appearance is similar to anteaters, porcupines and hedgehogs, they are not related. The echidna has the most in common with the duck-billed platypus. 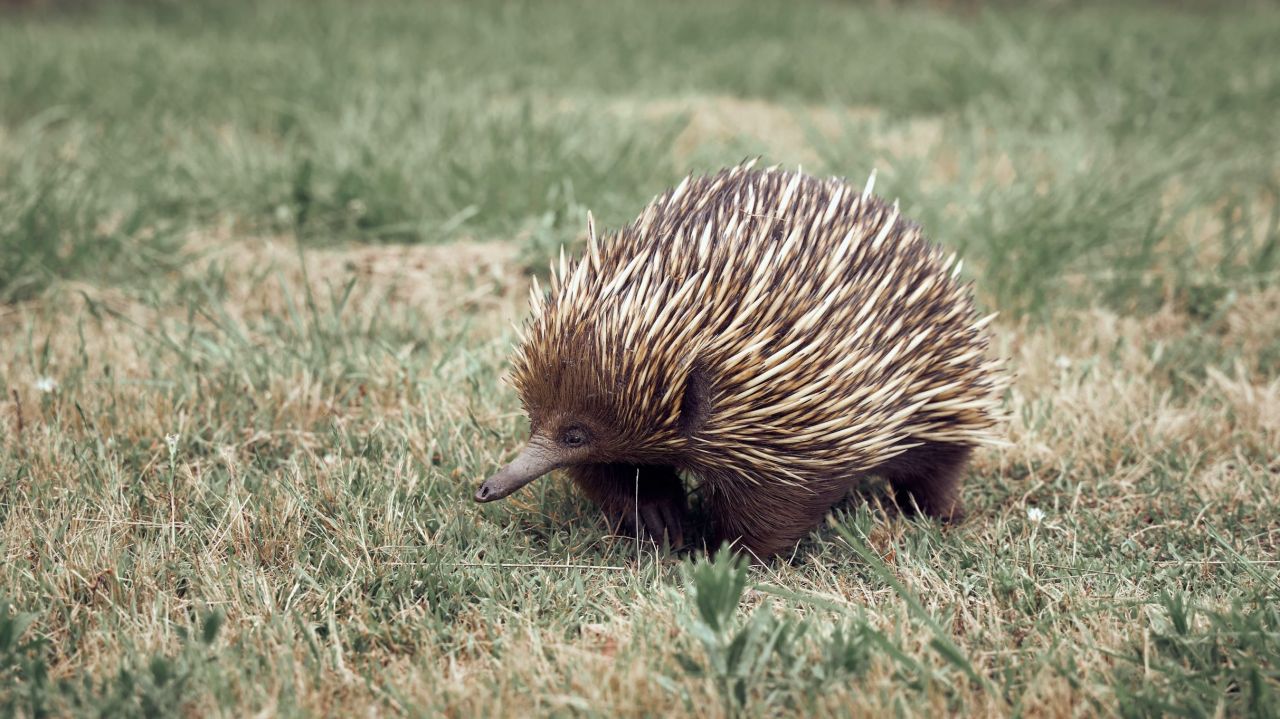 Echidnas use their strong sense of smell to sniff out prey. They feed primarily on worms, termites, ants, and other insects. Like anteaters, the echidna has no teeth. So, they eat by using their long, sticky tongues that help them to capture insects under the bark.

Echidnas are found throughout Australia, Tasmania and New Guinea. 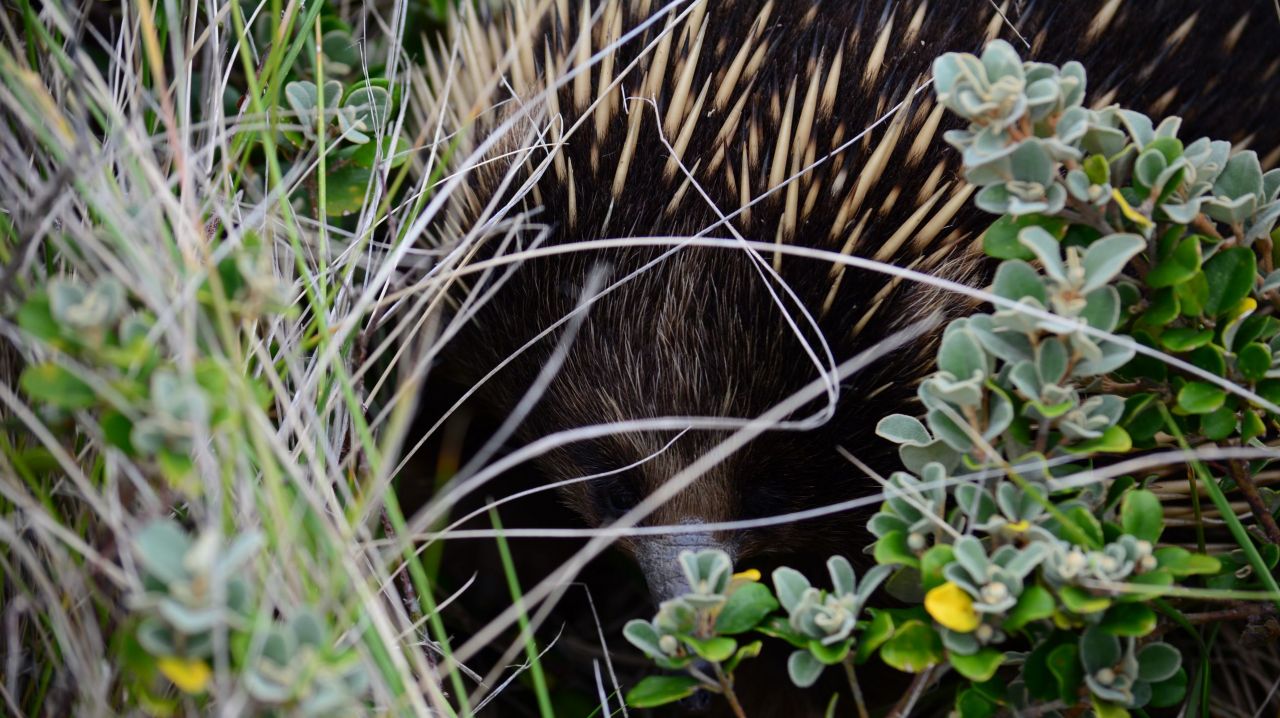 Echidnas are one of only three monotremes, egg-laying mammals that drink milk, in the world. Aside from the echidna species, the only other monotreme species is the duck-billed platypus. The echidna breeding season is between July and August. A female echidna lays a single egg in her pouch, which hatches in about 10 days. At birth, the baby, called a puggle, weighs only 0.02 ounces and is less than half an inch long.

The puggle stays in the pouch for another 4 to 5 weeks. During this time, the puggle uses its tiny claws to grip the special hairs within the mother’s pouch. The mother’s body secretes milk from special glands within her pouch for the puggle. During this time, the puggle does not have spines. When the puggle’s spines begin to break through its skin, the mother moves it into a burrow. She returns to feed it every few days until it is big enough to go out on its own, at about 7 months old.

Echidnas are solitary creatures aside from the mating season. Their activity varies depending on the season and food source availability. They may be active during the day, evening, or both. 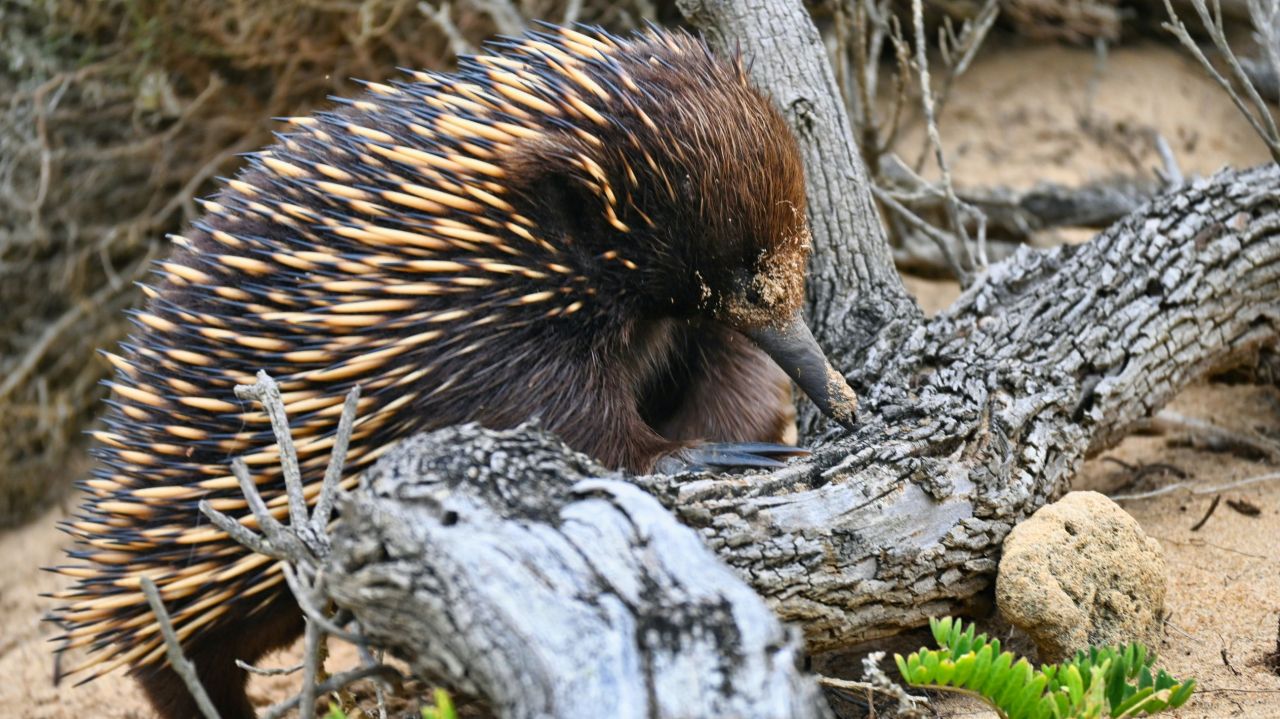 Their lifespan is unknown, but they have been recorded living up to 50 years in captivity.

In New Guinea, the greatest threats to echidnas are hunting and farming. As human populations grow and activity expands, their habitats have been converted to farms. They are also at greater risk to be struck by motor vehicles. Feral dogs and foxes are other major threats to echidnas. 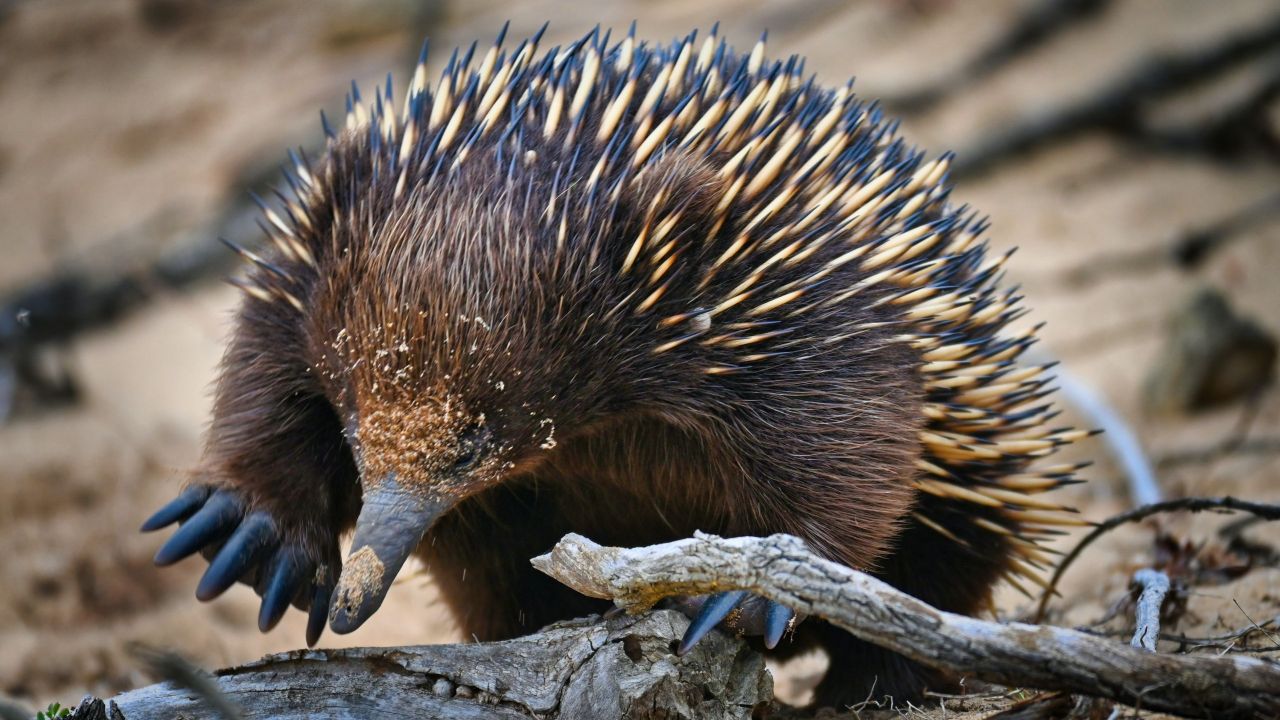 Sources: a previous NATURE post and the San Diego Zoo.