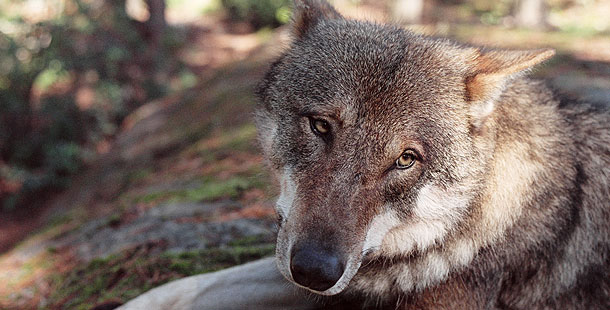 Traditionally, the experts studying the evolution of modern dogs believed that domestication was a conscious effort of humans. The theory was that ancient people took wolf pups from their dens, adopted them, fed them, trained and tamed them.

Biologist Raymond Coppinger, who has spent over 45 years working with and studying dogs, says that this story is nothing more than a romantic fairy tale. “I call it a ‘just so’ story. Nobody who has ever trained a wolf had any success if they started after 19 days,” says Coppinger, a professor of biology and animal behavior at Hampshire College in Massachusetts.

“We’ve got a graduate student doing it now. You take them out of the den when they are 13 days old and their eyes aren’t open, and you spend 24 hours a day with them, socializing them with people, bottle feeding them. You have to have a time surplus society like mine, where you have graduate students with nothing else to do. Mesolithic people would have been struggling for life. They wouldn’t have had time.” In addition, Coppinger says, even tamed wolves aren’t likely to be docile when it comes to food-or breeding. “I work with tamed wolves all the time. I don’t care how tame they are, try to take their bone away. It’s even worse when it comes to breeding. You start to fool around with wolves when they’re in a courtship performance, you could die right there on the spot.”

Biologist Raymond Coppinger Coppinger has another idea: the wolves domesticated themselves. He suspects that the process would have begun at the end of the last Ice-Age approximately 15,000 years ago when people began to gather and live in one place for the first time. The appearance of these villages was fairly rapid and coincidental with the fossil evidence of dogs as we know them.

“People are organized into continuous settlements — villages where they remain for a long period of time, whether there were sitting on the edge of a shell fishery or on the edge of a coral reef. When humans live in the same spot for a long period of time, they create waste, including both sewage and, more importantly for the dog, leftovers. There are things people can’t eat, seeds that fall on the ground, things that have gone bad,” Coppinger says, “The garbage, which might be found in dumps, or just scattered near houses, attracts scavengers: cockroaches, pigeons, rats, jackals — and wolves.”

Coppinger believes that a behavioral characteristic called “flight distance” was crucial to the transformation from wild wolf to the ancestors of the modern dog. It represents how close an animal will allow humans (or anything else it perceives as dangerous) to get before it runs away. Animals with shorter flight distances will linger, and feed, when humans are close by; this behavioral trait would have been passed on to successive generations, and amplified, creating animals that are increasingly more comfortable around humans. “My argument is that what domesticated — or tame — means is to be able to eat in the presence of human beings. That is the thing that wild wolves can’t do.”