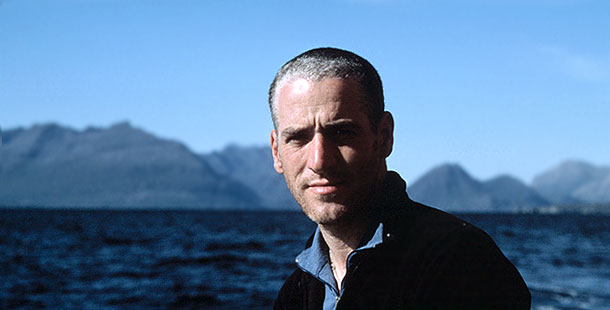 NATURE caught up with filmmaker Gordon Buchanan in April 2009 to discuss Eagles of Mull.

Q: When NATURE last spoke with you, we learned how your time working in a restaurant on Mull led to your first opportunity in wildlife filmmaking. Did your experience growing up on Mull shape your career in other ways?

A: I had the freedom to explore the wild parts of the island and surrounding water all through my childhood, so that definitely gave me a thirst for adventure, exploration and wildlife. There wasn’t much for kids to do back then so you had to make the most of your surroundings, and I think I did that. So no surprise that I ended up doing what I do. My career really just an extension of my childhood.

I always knew I’d return to Mull to make a film. We had been living in London for six years and were looking for a good excuse to leave, so when our daughter Lola was born that was it. It was such a natural story, so we didn’t have much trouble getting it commissioned.

How was Mull different from your memories of it? Were there any surprises?

In many ways Mull hadn’t changed at all. I suppose the sense of community has lessened over the years as more people come and go from the island. As a boy, the main street of Tobermory was full of characters. They’ve all gone now and no one seems to have filled their shoes. The biggest surprise was that having traveled over the world filming wild animals and places, Mull is right at the top of the list. It has magic to it, simple as that.

You had previously filmed big cats for NATURE’s Leopards of Yala. What new challenges were presented by the wildlife on Mull?

The weather was the biggest challenge on Mull that year. We got fairly lucky with what we saw but there were days and weeks spent sheltering from rain. The big difficulty was trying to divide time between family and filming — both need 100 percent attention.

You had a “low-tech” technique for filming the seals and basking sharks. Is there anything you can tell us about that?

We had a limited budget so we had to just make do with what we could afford for underwater images. Basically it was a glorified plastic bag with a handycam inside. If I were to do it again, I think I’d try to find the money to shoot the underwater properly!

Did you encounter any problems securing a license to film near the eagle nests?

It took a while for my license to come through — I’d already moved back to the island, and the film relied on being able to film at the nest. It had been over ten years since a license to film had been issued so I was very nervous for a while. I think being ‘a local’ helped.

Could you tell us more about those “dreaded Scottish midges”?

Only that they are the most infuriating, persistent, maddeningly ferocious insect I have ever encountered on the face of this planet.

Any interesting or unexpected moments that didn’t get caught on film?

I was desperate to film sea eagles predating on entire families of geese and ducks. I kept getting reports from people who had seen it — I just didn’t get lucky.

Where are you off to next?

I’ve had a really busy few years and have just got back from a six-week expedition in Papua New Guinea so going to spend a good amount of time at home with my wife, Wendy, and my two kids, Lola and Harris. Hope to head to the Himalayas at the end of the year and row to the North Pole next summer!