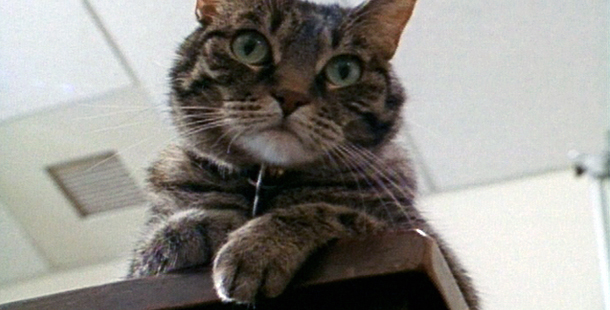 Whether you like your cats striped or spotted, sleek or fuzzy, there is a breed for you. Indeed, cat breeding has become a multi-billion dollar business around the world, with breeders constantly competing to create exotic new varieties that might win the blue ribbon at the next pet show. Often, cat breeders will carefully comb wild and domestic breeds looking for just the right combination of characteristics, matching long hair from one breed, for example, with racy stripes from another. But other times, chance plays as big a role as design in the development of a popular breed.

The remarkable curve-eared American Curl, for instance, got its start with a stray cat discovered in California in 1981. “On a sunny day in June, a longhair silky black female kitten with unusual ears wandered up to the doorstep of Joe and Grace Ruga,” explains one Web site devoted to the cats with the gracefully-arced ears. “Joe [asked] Grace not to feed the kitten. Grace, not abiding by her husband’s wishes but listening to her heart instead, left a bowl of food on the porch. The affectionate black kitten quickly worked her way into the Rugas’ hearts (especially Joe’s) and they named her Shulamith, which means “black but comely.” Such are the beginnings of the American Curl as it is known today.

Like other breeds, the American Curl is officially registered as a breed with one of the several associations that keeps track of new varieties. The associations help define what makes a champion show cat. For the American Curl, for instance, the degree of curl to the ear is a key factor. Tufts of ear fur — called “furnishings” — and plumed tails are also considered handsome additions. The Curl, however, is just one of the thousands of cat breeds that people have created over time. And at Wild Side Exotics, a consortium of feline breeders in California, the search for new breeds continues. Using domesticated descendants from some of the 28 species of wild small cats, the breeders aim to produce “beautiful, elegant, hybrid felines with the exotic looks of their wild heritage and the predictable temperaments of domestic cats.” 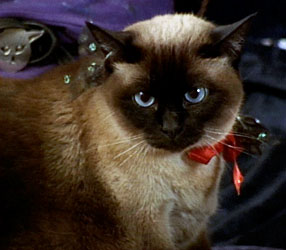 Current offerings include such exotic-sounding and -appearing breeds as the Asian leopard cat, or Bengal, sporting leopard spots and rosettes or marbled pelts. Some have “glittered” coats, meaning the fur includes strands of shimmering and glistening hair. Savannahs are another striking breed, with golden black-spotted coats, long legs and neck, and large ears.

Given the work that goes into creating these breeds, it’s not surprising that the cats don’t come cheap. Even a homely kitten of uncertain quality can cost more than $400 — with especially unusual varieties reaching $3,500 or more. These custom-bred cats’ values have led some owners to begin looking for new ways to safeguard their treasured pets from catnappers, who can make big gains reselling their victims on the pet black market. One possibility that some researchers have suggested is taking a cat’s noseprint. Like fingerprints, it appears that the skin on every cat’s nose “leather” has its own unique pattern. So far, however, few owners have taken up the idea. The prospect of ending up with an angry, hissing, spitting, and smudge-nosed cat on their scratched-up hands seems to be too much effort for too little reward.

Sharkland
Deep Jungle: The Beast Within
Equus "Story of the Horse" | Episode 1: Origins
The Whale Detective
The Elephants of Africa
Running With The Herd: A NATURE Short Film