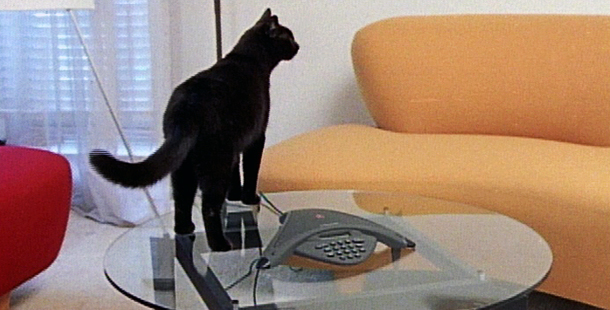 Birds do it, bees do it — and so do salmon, rats, and cats. “It” is homing: finding your way back home even after traveling long distances over unfamiliar territory. Indeed, cat lore includes a legion of cats who have found that they can indeed go home again. In EXTRAORDINARY CATS, for instance, it’s a cat named Sooty who finds his way back to an old home after his family in England moves more than 100 miles away.

But Sooty isn’t the only cat to have accomplished this marvelous feat. For example, there is Pilsbury, the eight-year-old English cat who has made the eight-mile journey back to his former home 40 times. According to London newspapers, he makes the trip, which takes him across busy roads and through herds of cattle, at least once a week. Luckily, his owners always retrieve him. Then there is Tigger, the three-legged cat who has made the three-mile return trip to his old home more than 75 times. But perhaps the round-trip record is held by Ninja, the tomcat who moved with his owners from Utah to Washington State in 1996. He disappeared shortly after arriving in his new home, only to turn up at the old Utah address — 850 miles away — a year later. 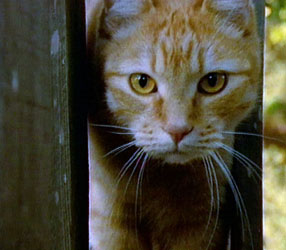 Just how these extraordinary cats home in on their old haunts isn’t understood. But researchers do have some clues how other animals find their way. For salmon, it appears that the smell of their home waters are key. For birds and bees, navigating by the sun, stars, or moon appears to help. Other animals can orient themselves with the help of magnetized cells in the brain, which act like tiny compasses and help them decide which way is north. Sea creatures may even use the sounds that rumble through the oceans as guideposts.

Do humans share cats’ amazing direction-finding abilities? Researchers aren’t sure. So far, studies haven’t turned up any magnetized cells in our brains, though early navigators certainly learned to use the sun and the stars to steer by. “It is not yet clear exactly what kinds of unique navigational systems humans may have,” Patricia Sharp, an expert in neuroanatomy at Yale University, told SCIENTIFIC AMERICAN recently. “I suspect that humans have similar systems — but at present, there is no evidence to support that suspicion.” In the meantime, then, perhaps we’d best just follow our cats.

The Elephants of Africa
Natural Born Rebels | Episode 1| Hunger Wars
Deep Jungle: The Beast Within
The Beauty of Ugly
Living with Snow Leopards–Tashi’s Story: A NATURE Short Film
Voyage of the Lonely Turtle