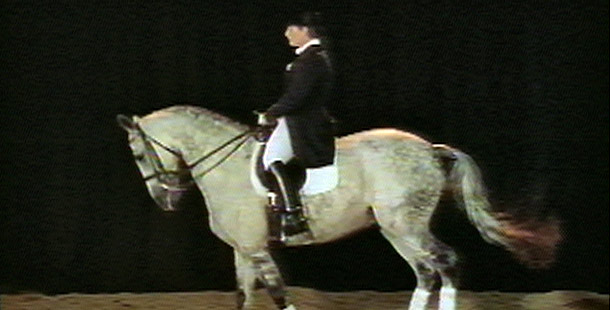 “A dog may be a man’s best friend,” a horse breeder once said, “but history was written by the horse.”

An overstatement? Perhaps not. Since humans first domesticated horses nearly 5,000 years ago, the brainy and brawny horse has played a central role in shaping human culture. They not only enabled faster communication and travel, but also proved decisive allies in military campaigns, with mounted troops often overwhelming foot-bound infantry.

The horse was such an effective weapon, in fact, that empires from Egypt to Mexico crumbled before the onslaught of mounted enemies, who brought with them new ideas, technologies, and cultural practices. As an 18th-century historian, John Moore, once put it in the purple prose of the time: “Wherever man has left his footprint in the long ascent from barbarism, we will find the hoofprint of the horse beside it.”

Historians disagree, however, about whether the first tamed horses were used primarily for food, riding, or to pull carts — probably all three. But they do agree that by about 3,000 years ago, the horse had become a fixture of many ancient civilizations. Indeed, due to their use in war, horses quickly became associated with power and prestige, while slow-footed donkeys enjoyed a less exciting reputation.

The horse’s quick feet so impressed the Persians that they put the animal to work as a communications tool. In the 5th century BC, Persian officials used mounted couriers, who would ride a short distance, then hand messages off to

Riders in Jerez, Spain, revisit another era. Rested riders, to send instructions to their far-flung colonies. The riders were instructed not to let “snow, rain, heat, nor darkness” keep them from delivering their precious cargo. Centuries later, in the 1800s, the U.S. Pony Express borrowed the same method — and motto — as its riders galloped across the new nation, delivering the messages that drew America together.

It is the lowly workhorse, however, that may have had the biggest impact on human history. Bred to haul heavy loads day in and day out, the workhorse changed the practice of farming and industry. Harvests could suddenly be transported long distances, creating trade and wealth in villages that had once had little contact with the outside world. Similarly, timber and stone could be moved to cities and towns, greatly increasing the supplies of raw materials available to shipyards, carpenters, and builders.

In an age of trucks and trains, it is hard to imagine that a trained team of draft horses once pulled as much as some locomotives. But the term “horsepower” — coined by the English engineer James Watt to measure how much work is done by an engine — suggests just how much respect these animal teams earned. Still, they proved no match for modern engines. Watt concluded, after careful experiments with workhorses, that a one-horsepower engine could pull about 50% more weight in a single day than a horse.

But even racecar owners would agree: no high-horsepower motor has anywhere near the personality — or historical importance — of a real horse.