Though their glory days may be in the past, these hoofed creatures continue to enthrall us, as the NATURE program HORSES demonstrates in sparkling detail. 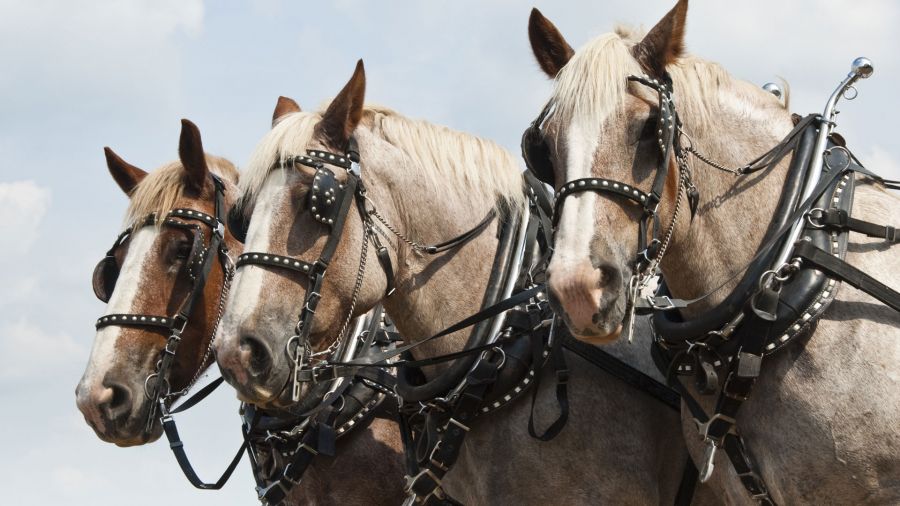 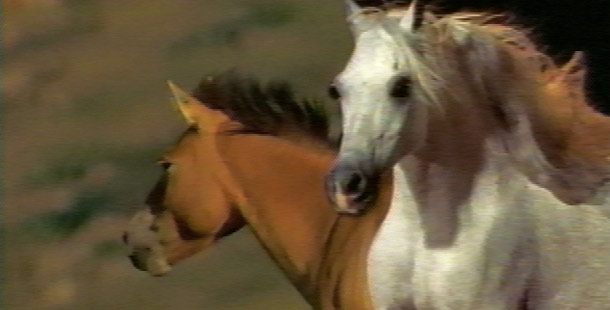 They gallop and trot, whinny and neigh, capturing our imagination — and our hearts. Indeed, horses are said to have done more to change human history than any other domestic animal, once upon a time carrying explorers to new frontiers and mighty armies to great conquests.

Though their glory days may be in the past, these hoofed creatures continue to enthrall us, as the NATURE program HORSES demonstrates in sparkling detail. From the steppes of Mongolia, where children race at breakneck speeds perched on stallions ten times their size, to the fields of Georgia, where people confined to wheelchairs find new freedom in the saddle, HORSES highlights the many roles played by this multi-talented beast of burden. There are also rare glimpses of the world’s most endangered horse, and an inside look at the art of the horse whisperers, the trainers who through their gentle touch can transform a wild bucking bronco into a stately show horse.

But the star of the show is the animal that scientists call Equus caballus, the modern horse species that includes everything from miniature Shetland ponies to massive draft horses able to pull astounding loads. The horse we know today, however, evolved from an ancestor that was quite different.

More than 50 million years ago, a small fox-sized animal crept through the forests of North America, browsing on fruit and leaves. Its arched-back body was only about a foot high at the shoulder, and a long tail and short-snouted head probably gave it a distinctly dog-like look. In fact, its feet sported pads like a dog’s, except each toe ended in a tiny hoof instead of a claw. Interestingly, in modern horses, one toe has become the hoof, and the others remain as vestigial bumps higher up the leg.

When fossil hunters first discovered the bones of this creature a century ago, they named it Eohippus — “the dawn horse” — and believed it was the first link in an evolutionary chain that led directly to today’s horse. Indeed, many museums and textbooks still have displays and pictures showing this neat, predictable progression, with horses gradually getting larger, shifting from many toes to modern hooves, and gaining longer teeth able to grind down tough prairie grasses.

These days, however, researchers have a far more complex picture of horse evolution — and they have given the dawn horse a much less colorful name. While they agree that today’s horse probably arose from that smaller ancestor, the path was by no means direct. Instead, paleontologists have uncovered fossils that show that horse ancestors varied in size: some large early horses gave way later to smaller ones. They also discovered that some lines of horse-like animals alternated between many and few toes over time. In addition, some proto-horses once thought to be direct forefathers of the modern animals were revealed to be distantly related cousins — just one dead-end branch on a bushy family tree.

One branch, however, kept growing. About a million years ago, it produced an array of small pony-sized animals that galloped across ancient plains around the world in large herds. They probably behaved much as today’s wild horses do, using their flowing tails as remarkably accurate fly swatters and signal flags, and snorting the air for the smell of enemies and the scent of food.

Less than 10,000 years ago, however, many of these horse-like species became extinct, along with other browsing animals such as mammoths. Climate changes and over-hunting by humans may have been to blame, but no one knows for sure. The only survivors were horses in Asia and several zebras. In North America, however, horses were wiped out.

So where did the modern horses come from, the ones that spawned America’s cowboy myth? Historians believe that Spanish explorers brought the animals with them on their voyages to the New World in the 1500s. Let loose upon the land, they soon reclaimed the prairies that had once been theirs alone, producing vast herds of wild horses.

Even today, as HORSES shows, tens of thousands of wild horses roam the American West. To prevent the herds from destroying their habitat, the U.S. government captures hundreds each year and puts them up for adoption. For some of the proud new owners, the chance to ride a wild-born horse is a dream come true — and the continuation of an age-old relationship that has made the horse one of our most revered and fascinating animal partners.