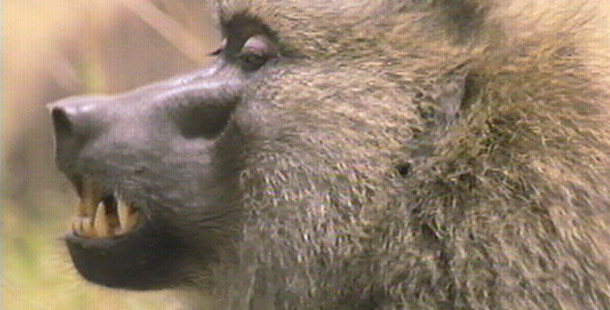 Happiness, sadness, anger, fear, love, hate — emotions play a pivotal role in our lives. But do they loom large in an animal’s world as well? Part Two of NATURE’s Inside the Animal Mind explores that question in fascinating detail.

In large part, researchers have found that emotions are accompanied by biochemical changes in the brain. Fear, for instance, is accompanied by the production of one set of brain chemicals that can make us alert and ready to flee, while pleasure triggers the release of other chemicals that soothe and calm. But some emotions aren’t so biologically clear-cut. Shame, for instance, is a so-called “social emotion,” the product of attaching an emotional meaning to a behavior, such as hitting another person, or lying, that may be appropriate in one social setting but out of bounds in another.

While researchers don’t agree on how big a role such social emotions play in the animal world, there is widespread agreement that many animals share another emotional characteristic with us: stress. Indeed, like humans, many animals can be harried and “stressed out” — with sometimes serious health consequences.

Among the most remarkable studies of stress in animals are those carried out on African baboons by Stanford University research Robert Sapolsky and his colleagues. For three months each year, Sapolsky travels to East Africa’s Serengeti plain to examine how factors like a baboon’s social behavior, personality, and rank within its troop influence the levels of stress hormones produced by the ape. By measuring the hormones found in each individual’s feces, Sapolsky’s team has been able to show that baboon troops are high-stress societies, with higher-ranked individuals maintaining order by intimidating lower-ranked troopmates. Indeed, Sapolsky says, “Baboons and us are surprisingly similar . . . they can devote a large part of each day to making each other absolutely miserable with social stress.”

Sapolsky’s team has also shown that such stress can have real health consequences. Stressed-out mothers, for instance, have more problems producing healthy offspring. And sustained production of stress hormones can also damage the hippocampus, a region of the brain central to learning and memory. So even though baboons may not commute, do their bosses’ dry cleaning, or pay income taxes, they suffer very similarly from the scourge of stress.