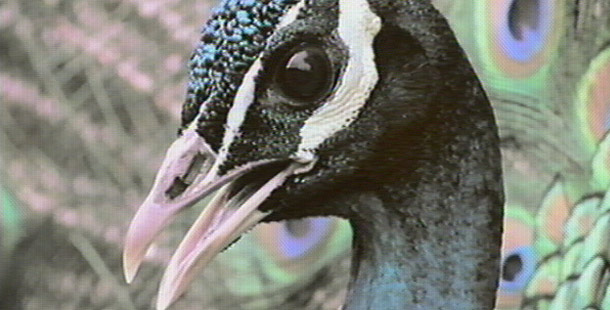 Birds may have a reputation for being less than geniuses, but researchers are discovering that some are remarkably smart.

Some birds have the capacity to recognize, count, or name different objects.

Ravens, for instance, have the ability to solve difficult puzzles, such as untangling a knotted string to free up a tasty treat or figuring out how to steal fish by hauling in an angler’s untended line. And, as shown in the first part of NATURE’s Inside the Animal Mind, crows on the remote Pacific island of New Caledonia have learned a skill that people once thought only primates could master: the use of tools. The birds use long, specially chosen twigs to spear the plump grubs that hide deep beneath the bark of rotting logs.

Raven antics and New Caledonia’s clever crows have helped make people much more willing to admit that many animals, including birds, are quite intelligent. Dolphins can follow complex instructions, for instance, while orangutans learn complex tasks, such as washing clothes by hand, after just a few tries. And even pigeons and parrots have shown an extraordinary capacity to recognize, count, or name different objects.

But no bird has done more to give a whole new meaning to the phrase “birdbrain” than Alex the African Grey parrot. More than 20 years ago, researcher Dr. Irene Pepperberg of the University of Arizona began systematically studying Alex and several other African Greys, parrots that are remarkable mimics, to understand avian intelligence. “Before I began my studies, I knew that parrots could reproduce the sounds of human speech, but that the general belief was that such vocalizations could not be meaningful,” Pepperberg has written.

Today, her work with Alex has challenged that notion. For instance, Alex can name more than 40 objects and understands the concepts of “same” and “different,” “absence,” “quantity,” and “size.” Alex, Pepperberg says “has mastered tasks once thought to be beyond the capacity of all but humans or certain non-human primates.

Additional Web and Print Resources
Socially Aware
Stressed Out
About