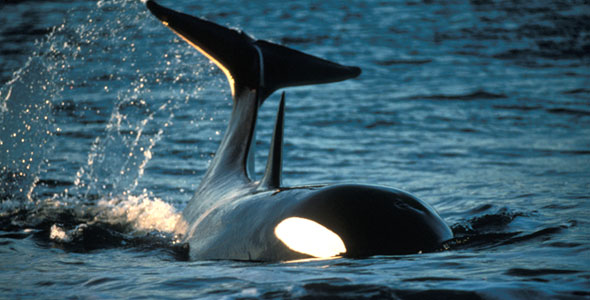 When Danielle Clode was a teenager, she came face to face with a killer. A killer whale, that is. Actually — the skeleton of a killer whale.

In the early 1980s, Clode — who is featured in NATURE’s Killers in Eden — was sailing along the coast of Australia with her parents. The family had entered Twofold Bay on the continent’s southeastern coast. There, in the old whaling port of Eden, Clode visited a museum that included the skeleton of an orca, or killer whale, that had become a local legend.

The orca’s name was Tom, and an elderly guide told Clode that Tom had once led a pod of killer whales that helped the town’s human whalers catch and kill their quarry. Indeed, the guide even pointed out wear marks in Tom’s jaws where, he claimed, the orca used to carry ropes while helping the humans.

“The guide was fantastic, and the story absolutely intrigued me,” Clode recalled recently. “I ended up doing a school project all about it.”

Years later, after earning an advanced degree in biology and becoming a science writer, Clode remembered the killers of Eden when she was looking for a book topic. Soon, she was scouring the scientific literature, trying to see if it could really be true that wild orcas — among the sea’s fiercest predators — would actually cooperate with human whalers. “There was a lot of skepticism about the stories,” she says.

Clode learned that since she had written her report as a teenager, scientists had made further discoveries about orca hunting behavior. They found that these whales have remarkably sophisticated hunting strategies, often cooperating to corner and then eat everything from schools of fish to large whales. 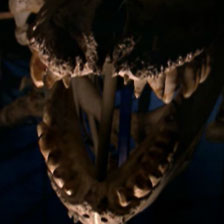 In the 1980s, Clode visited a museum that included the skeleton of an orca, named Tom, that had become a local legend.

“They have a very good ability to take advantage of new situations,” Clode says. And that, she believes, is more or less what happened in Eden. Killer whales probably herded humpbacks and other large whales into the shallow waters, where they would then separate young or sick whales and kill them. Clode says the orcas would typically eat only the tongues, leaving most of the rest of the body behind.

The orcas’ attacks were not without risk. “It’s a fairly dangerous activity — a big angry whale can damage a killer whale’s fins and body . . . they can end up pretty hurt.” So once the orcas learned that human whalers might spare them some of that risk it seems plausible that they learned to help out. “It may have been a kind of mutual exploitation arrangement,” she says. “Certainly the basic hunting strategies that are in the stories are similar to what’s been seen elsewhere.”

Those stories are remarkable, she says. For instance, locals such as Doug Ireland and Alice Otten state that when large whales arrived in nearby waters, the orcas would signal their human allies by “lobtailing,” or slapping their large flukes, or tails, against the surface of the water. The orcas would even lead the whalers out at night, showing the way to prey by slapping the water in the inky blackness. Elsie Severs, another eyewitness, recounts how on one occasion, her father, a whaler, fell in the water and Tom protected him from sharks. Other whalers who were drowning claimed to have been dragged back to the surface by the killer whales.

It may never be possible to authenticate such stories, the earliest of which was recorded in 1844. By the 1930s, whalers had destroyed many whale populations in the Southern Ocean, and the Australian whaling industry slowly ground to a halt. Legend has it that when a local resident killed a beached orca — in essence breaking the pact with the orcas — the killer whales also left the waters around Eden. Clode, however, doesn’t believe that’s the reason the orcas left. “It’s tempting to conclude that the killer whales started leaving after the death of Jackson [the beached orca]. And there was a loss of that trust that had built up between humans and killer whales. But it’s hard to exclude the fact that the food supply was declining; the number of whales being caught was declining dramatically.”

Clode says that modern science may explain some of those stories. For instance, it’s clear that orcas do use lobtailing as a form of communication. And researchers have found that when one member of a killer whale pod dies, the others may scatter and act erratically — perhaps also contributing to their disappearance from Eden.

But Clode is happy to report that orcas and other whales have since returned to the area. Indeed, Eden has become a draw for people who want to watch whales … not kill them.

Deep Jungle: The Beast Within
The Last Orangutan Eden
Natural Born Rebels | Episode 1| Hunger Wars
Dogs in the Land of Lions
Running With The Herd: A NATURE Short Film
Equus "Story of the Horse" | Episode 2: Chasing the Wind