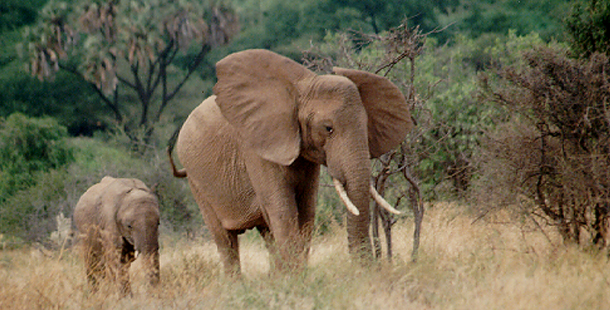 It is elephants’ elevated standing in Indian culture that prevents them from being killed, even when they bring destruction to people and property. Over 80 percent of Indians are Hindus, and to members of the Hindu religion, the elephant is a sacred animal. Elephants are sacred animals to Hindus. It is the living incarnation of one of their most important gods: Ganesh, an elephant-headed deity who rides atop a tiny mouse.

There are many stories of Ganesh’s creation, but the best known say he is the son of Parvati, the Hindu goddess of the mountains and wife of the greatest god, Lord Shiva. One day, Parvati desired a guard as she took a bath, so she created Ganesh from dirt to stand watch. But the boy did his job too well; he refused to let Lord Shiva see his wife. Angry, Shiva cut off the boy’s head. To console his grieving wife, Shiva gave Ganesh the head of an elephant.

“All obstacles, whatever they may be, will be rooted out by worshipping Ganesh,” promises an ancient Hindu text. Today, following Shiva’s command that anyone beginning a new undertaking worship Ganesh, Hindus often invoke the elephant god’s name at the beginning of worship, trips, and projects — such as the elephant taming adventure documented in The Elephant Men. Ganesh is also honored at the beginning of books, because he is said to have been a great scribe and patron of learning. He is depicted on many temples; some even keep stables of real elephants for ceremonial events. In south India, for instance, there is a fall festival called Dussehra that is famous for its parade of elephants decorated with paint and cloth. 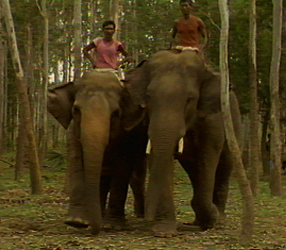 Hindus, though, aren’t the only South Asians to worship elephants. Buddhists, for instance, believe so-called “white” elephants, a light-colored variant, carry special significance. In Thailand, white elephants are considered the king’s property, and wars have been fought over these relatively rare animals. While Asian elephants are revered today as spiritual icons, they were once also feared as potent weapons of war. Countless ancient armies surged across Asia on elephants.

Sometimes, however, these elephants proved a liability. When the great Timur, King of Samarkand, attacked Delhi in 1398, the city’s defenders boasted an intimidating elephant corps. But the animals fled in panic and Delhi’s defenses crumbled after Timur’s men drove camels carrying grass torches on their backs toward the elephants. Terrified by the fire, the elephants stampeded. Soldiers weren’t the only ones to fear elephants; prisoners also had reason to tremble. When convicted of serious crimes, felons could face death by elephant trampling.