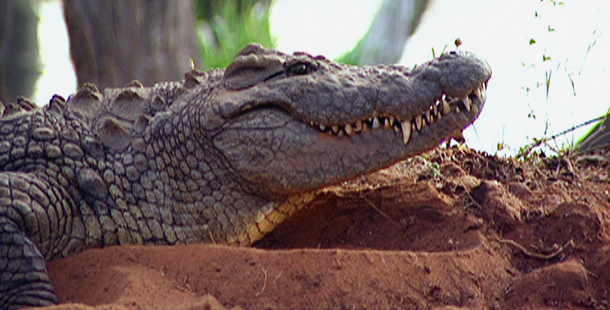 It was an evening she’ll never forget. Tammy Woehle was jogging down a Florida freshwater beach with her dog when she suddenly found herself in the jaws of an alligator.

“It just happened so fast,” the 22-year-old later told reporters about the 2001 incident. “He was right next to me. I could see his belly and he looked big.”

Luckily, Woehle was able to run away from the 8- to 12-foot long gator, which had grabbed her leg and pulled her down. But not every alligator attack victim is so lucky. Since 1948, the large reptiles have killed about a dozen people in the Southeastern United States, with most of the fatalities occurring in Florida.

Experts, however, emphasize that alligator attacks are rare — and fatalities even rarer. Dogs are far more dangerous, for instance, not to mention cars. Still, run-ins with alligators are on the increase, as populations of the protected animals grow, and people build homes, offices, and parks near alligator habitat.