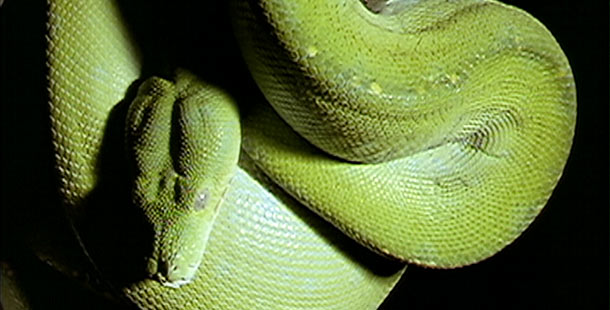 It seemed like a good idea at the time. A worker at a Florida dog kennel noticed dozens of snakes living in the rafters and crevices, and decided the reptiles had to go. Working systematically, he killed until none were left.

Then came the plague of rats.

“The rat population exploded,” a state biologist reported later. “It took two years, hundreds of people-hours, and thousands of dollars to get control of the rats and repair the structural damage.” This does not include the hundreds of pounds of dog food that the rats ate and contaminated. The economic cost of removing the rats’ natural predators was obvious.

As part II of NATURE’s The Reptiles series shows, snakes are often hated and feared. Many are killed for no good reason. But there are good reasons to keep the long sliders around your home or garden. They can keep pests, such as rats and mice, in check. And some species that are harmless to people prey on poisonous snakes, reducing the chance of a deadly encounter.

In some parts of the world, the benefits of snakes are now being recognized. In Vietnam, for instance, biologists are reintroducing rat-eating snakes to some villages in an effort to protect harvested grain. In India, certain snakes are kept as good luck charms partly because they are believed to repel deadly cobras. And in the United States, biologists are spreading the word about the good points of scaly predators in a bid to protect these important predators. A single black snake, for instance, can eat dozens of rats a year.

Not every snake eats every pest. Instead, many have evolved to feed on specific prey. Gopher snakes (also called bullsnakes), for instance, mostly prey on rodents, but also eat birds, eggs, and some lizards. Rubber boas are known to feed on other snakes, mice, birds, and lizards, as well as worms, slugs, and insects. The hognose snake, famous for its ability to puff up in order to scare off attackers and then “play dead” if it doesn’t work, eats toads. Small snakes, such as green snakes, garter snakes, and ring-necked snakes, hunt insects. Some even specialize in daddy long-legs!

Of course, even the humblest snake may hiss, coil, puff up, or bite if confronted by a person. Indeed, these behaviors can scare people and endanger the snake. But if you encounter a snake, biologists say, the best thing to do is leave it alone. Or risk facing a plague of rats.