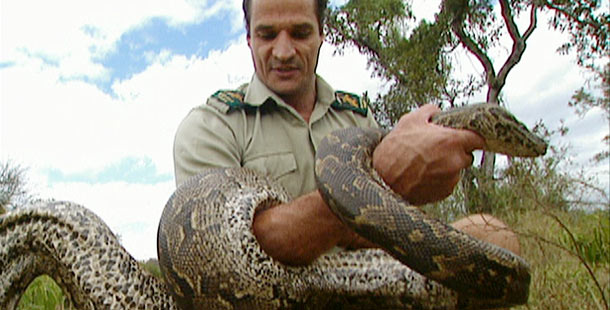 Every year, poisonous snakes kill thousands of people around the world. But the venom that kills can also save lives. Scientists use venom to develop anti-venoms, and the toxic compounds may also yield new drugs to treat everything from crippling strokes to deadly heart attacks.

Snakes armed with neurotoxic venom include cobras, sea snakes, kraits, and coral snakes. Snakes carrying haemotoxins include rattlesnakes, copperheads, and cottonmouths. But not all snakes rely on venom to disable prey or ward off attackers: of the some 3,000 known snake species, just 300 are venomous.

Still, studying snake venom is keeping scientists busy. That’s because compounds that are effective killers may also help fight disease. Neurotoxins, for instance, could be used to treat some brain injuries, strokes, or Alzheimer’s disease. And the blood thinning compounds in venom might help treat heart attacks or blood disorders.

“There are a number of toxins found in venom that have evolved to target vital processes in the body, and they appear to have a lot more selectivity than many drugs,” notes Wayne Hodgson, a snake venom researcher at Australia’s Monash University. He and his colleagues have been studying sea snake venom in hopes of finding toxins that target particular brain cells involved in learning and memory. “We think neurotoxins might be useful for working out what is happening in the brains of people with memory disorders such as Alzheimer’s,” he says. Such understanding, he adds, could lead to new treatments.

Research has already led to several new drugs. One is Aggrastat, a “super aspirin” that prevents blood clots that was introduced in 1998 by Merck & Co. The compound grew directly out of venom studies. Doctors knew that some snakebite victims bleed to death because the venom contains anti-clotting proteins. Merck and researchers from Temple University in Philadelphia isolated one of those proteins from an African snake called the Saw-scaled viper. Then Merck built the Aggrastat molecule to mimic the snake venom’s anti-clotting effect, minus the toxins. The new medicine could help prevent heart attacks in people hospitalized with a dangerous type of severe chest pain.

So far, however, researchers fully understand only a few of the many compounds found in snake venom so there may be many more drugs to come. French scientists, for instance, believe one compound from copperhead venom might be useful for fighting breast cancer. A Malayan pit viper has yielded a chemical that could treat stroke. Cobra venom is being investigated for its use in treating Parkinson’s disease. These studies, researchers say, will hopefully prove that snake venom can be a powerful tool in the development of life-saving drugs.