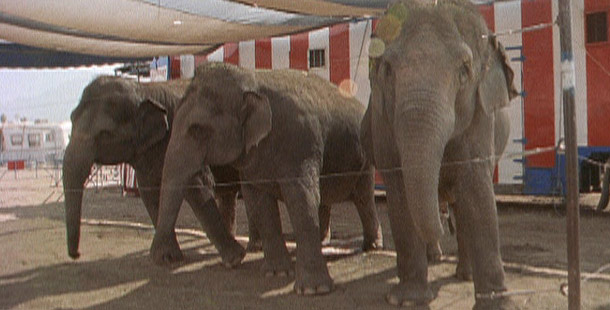 Carol Buckley spent more than 20 years performing with her elephant, Tarra, in zoos and circuses before deciding the animals deserved a different life. In 1995, she and Scott Blais founded The Elephant Sanctuary in Hohenwald, Tennessee, an 800-acre preserve that is now home to seven retired circus and zoo elephants.

Carol Buckley spoke with NATURE about the sactuary:

What is the philosophy behind the sanctuary?

We employ “passive control” in managing our elephants. Passive control uses positive reinforcement, in the form of food treats, physical interaction, and verbal praise, in day-to-day elephant management. No weapon is ever used, no negative reinforcement administered. The elephants are asked only to perform behaviors necessary for medical or husbandry procedures — they are never asked to perform unnecessary tricks or behaviors. It is our experience that if elephants are not dominated and their basic needs are met — food, companionship, freedom of movement, and a sense of security — they are cooperative and nonaggressive.

You give sanctuary only to female elephants. Why?

The answer is simple. It is not natural for adult female and male Asian elephants to live together. Asian elephants are matriarchal by nature; they live in herds of related females and only very young nursing males. Young males, still dependent on their mother’s milk, remain in the matriarchal herd until they are completely weaned and exhibiting mock breeding behavior. Usually this is between 6 and 10 years of age, at which time the young male is forced to leave the herd. He quickly joins a group of other young males, but this arrangement is not permanent. Young males will change groups many times before they reach adulthood.

Here at the Sanctuary, we like to take our lead from the elephants themselves — which is why we are not open to the public, although computer users can take a tour on the World Wide Web, and we can arrange teleconferences for school children. When herds of unrelated wild elephants meet, they do not intermingle, nor do they touch one another.

Also, this fascination by the public to see elephants up-close and personal has resulted in disastrous consequences for captive elephants. As a direct result of the public’s desire to get closer, elephants live a miserable life: confined to small places, forced to submit to human dominance, fed only processed food due to restricted living space. Elephants deteriorate, both physically and emotionally, in an environment created to accommodate public interaction. If the only way that humans can know and enjoy the gentleness and spirituality of elephants is by interacting with them, then the species is doomed.

Additional Web and Print Resources
City Life
Prized Captives
About
Whatever Happened to Shirley and Jenny?