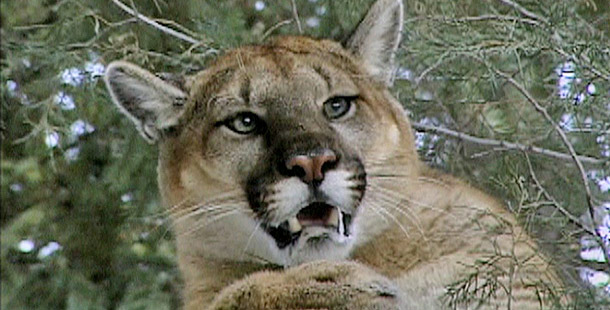 One minute, David Parker was stooped under a rock ledge seeking shelter from a drenching rain. The next, the 61-year old Canadian was rolling in a muddy roadside ditch, his jaw smashed, fighting for his life against a 100-pound cougar eager for a meal.

Cougar attacks are on the rise in North America. Such ambushes are an increasing fact of life in cougar country, which stretches across a large swath of western North America. In California, for instance, there had been no documented cougar attacks for 100 years prior to 1986. But since then, there has been an average of one attack on a hiker, jogger, or camper a year — some fatal. People living in the southwestern corner of Canada have seen a similar trend.

Wildlife experts don’t fully understand the increase. But a growing human population that is spreading out into areas once ruled by cougars is probably partly to blame. And greater interest in outdoor sports, from hiking to cross-country skiing, may be bringing more people into potentially dangerous conflict with the big cats — although there a number of steps you can take to stay out of harm’s way.

Still, as NATURE’s Trail of the Cougar shows, cougar attacks are very rare. Even dogs have killed far more people than the sinewy lions. Such statistics are of little comfort to Tayla Westgard, however. In Trail of the Cougar, the little girl tells the amazing story of surviving a cougar attack. And they don’t mean much to Parker, either.

In August 2002, the Victoria island resident had gone for his usual evening walk along a remote gravel road when the rain descended and he ducked under a nearby overhang. Then, according to press reports, a big male lion jumped down beside him. Alarmed, Parker reached for a small folding knife he kept in his pocket — but the lion was quicker, seizing Parker’s scalp with his claws and fangs and knocking him into a rocky ditch. As the cat bit his neck and face, Parker somehow managed to open his knife and slash the cougar’s throat. As darkness descended, Parker staggered to a nearby logging yard, where workers rushed him to the hospital. “Not that many people get attacked by a cougar and get away,” a friend told reporters. Later, officials said it was the fourth attack in the rural region in two years. And they renewed their warnings to residents to take precautions, including walking in groups.

Other cougar experts offer these tips:

My Congo
Dolphins: Spy in the Pod | Part 2
A Life Among the Clouds: A NATURE Short Film
The Beauty of Ugly
Voyage of the Lonely Turtle
Equus "Story of the Horse" | Episode 2: Chasing the Wind