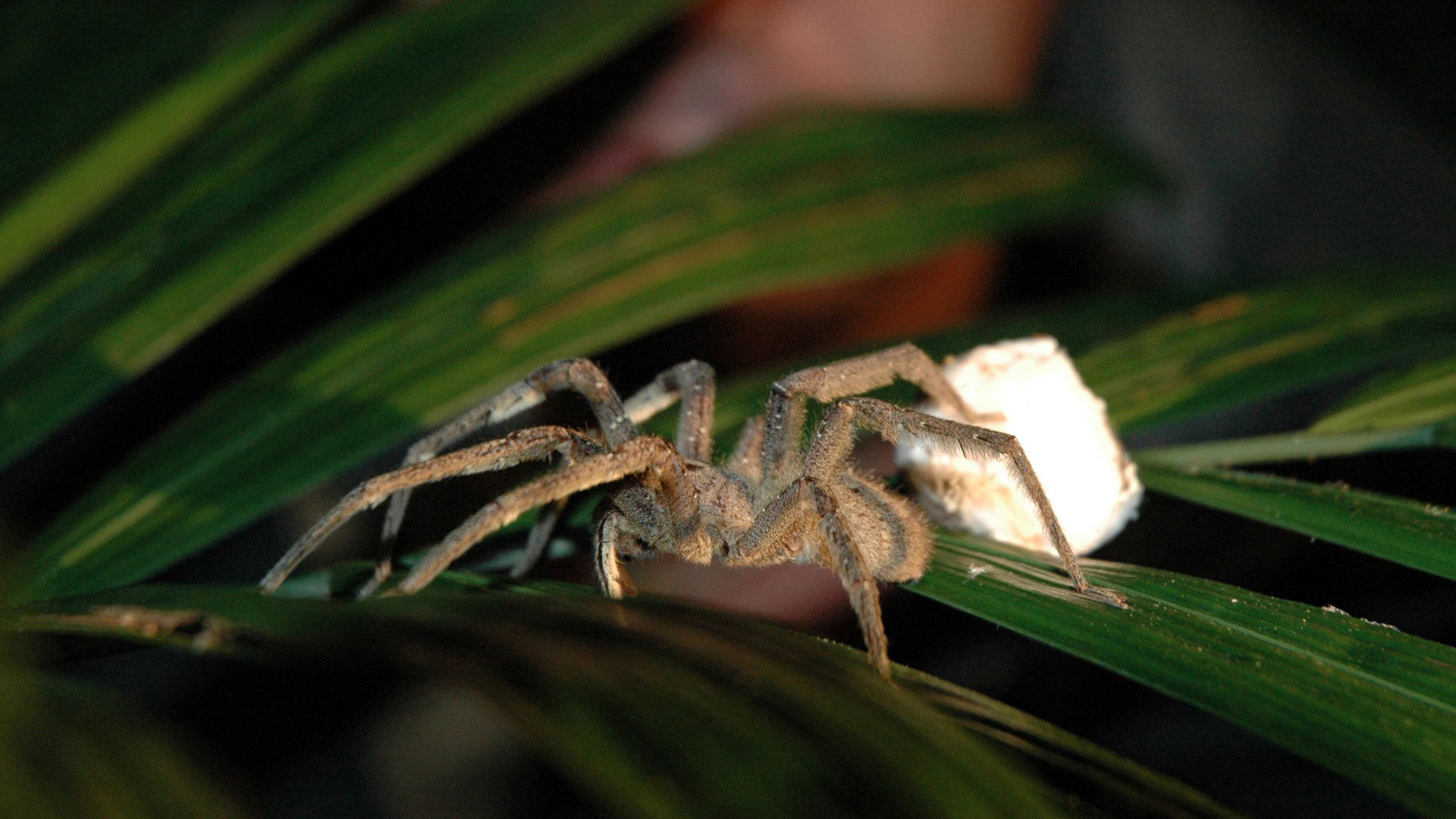 If spider silk came out of a factory, it would be hailed as one of the greatest inventions of all time. Delicate yet amazingly sturdy, strong yet stunningly beautiful, it is a material that brings life and death. A spider’s silk is a web of contradictions and a scientific mystery still waiting to be solved.

As NATURE’s True Adventures of the Ultimate Spider-Hunter shows, spiders use their silk in dazzling ways — from building webs that telegraph the presence of trapped prey to creating barriers against unwanted visitors. Overall, the world’s spiders produce at least seven different kinds of silk, with most species producing five to six types. Silk threads are manufactured in special glands and then extruded from “spinnerets,” which control the thickness. Some spiders have several pairs of spinnerets, each producing a different kind of silk.

In Spider-Hunter, viewers see how spiders put different silks to use. In one scene, a female Tucson blond tarantula weaves a silky cover over her burrow in an attempt to rebuff an amorous male tarantula. Unfortunately, he doesn’t take the hint, and ends up getting eaten. “I’m afraid this male got his female, but not in the way that he was hoping,” says the show’s resident spider expert, Martin Nicholas. 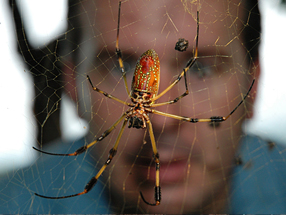 Other spiders use a special silk to wrap up precious cargo — their eggs. Egg-case silk protects against predators and parasites. Another kind, called dragline silk, is used to build webs and essentially acts like telegraph wires. The vibrating silk tells the spider exactly where a potential meal has hit the web. This silk is five to six times stronger than steel and can be stretched up to 40 percent of its length without breaking.

In southern Mexico, Nicholas introduces viewers to the golden orb-weaving spider, believed to spin the world’s strongest silk. It can stop a buzzing bee in mid-flight and trap small birds. To demonstrate its toughness, Nicholas throws a ping pong ball into a golden orb’s web. The silk stretches, but doesn’t break. Indeed, Nicholas says that if human spinners were able to weave a thick rope from the golden orb’s silk, it would be strong enough to lift a jumbo jet.

In hopes of learning how to synthesize the strong, supple material, researchers have been trying to unlock the biological secrets of silk. Several teams have sequenced genes that enable spiders to manufacture the substance. One day, those genes might be engineered into cells that are cultured in giant vats and used to make spider silk on an industrial scale.

Some scientists have already learned to synthesize small quantities of silk in the laboratory. Biologist Uri Gat of Hebrew University in Jerusalem, for instance, put one spider silk gene into caterpillar cells and produced vials of tough but elastic thread. Other researchers, at Nexia Biotechnologies near Montreal, Canada, put spider genes into the cells that goats use to produce milk. The result was milk laced with molecules of supple silk many times stronger than steel. Potential uses include super tough fabric for bulletproof vests and extremely strong thread for surgeons.

Not all silk researchers are using genetic engineering. Some are chemists trying to mimic the chemical reactions that produce silk molecules. At the Massachusetts Institute of Technology, for instance, teams of chemists are experimenting with the polymers that give silk its flexibility and durability. So far, however, they’ve had trouble accomplishing what a spider does with apparent ease. Indeed, some spiders can produce yards of silk a day, as they constantly reweave and repair their webs.

So, for the time being, spider silk remains a scientific mystery and a marvel of nature.

SHARE
Features
Photo Essay: Spiders from Around the World
About
Spider Vision
Additional Web and Print Resources
You May Also Like
The Gathering Swarms
Bird Superfood
Deep Jungle: Monsters of the Forest
Sex, Lies and Butterflies
Octopus: Making Contact