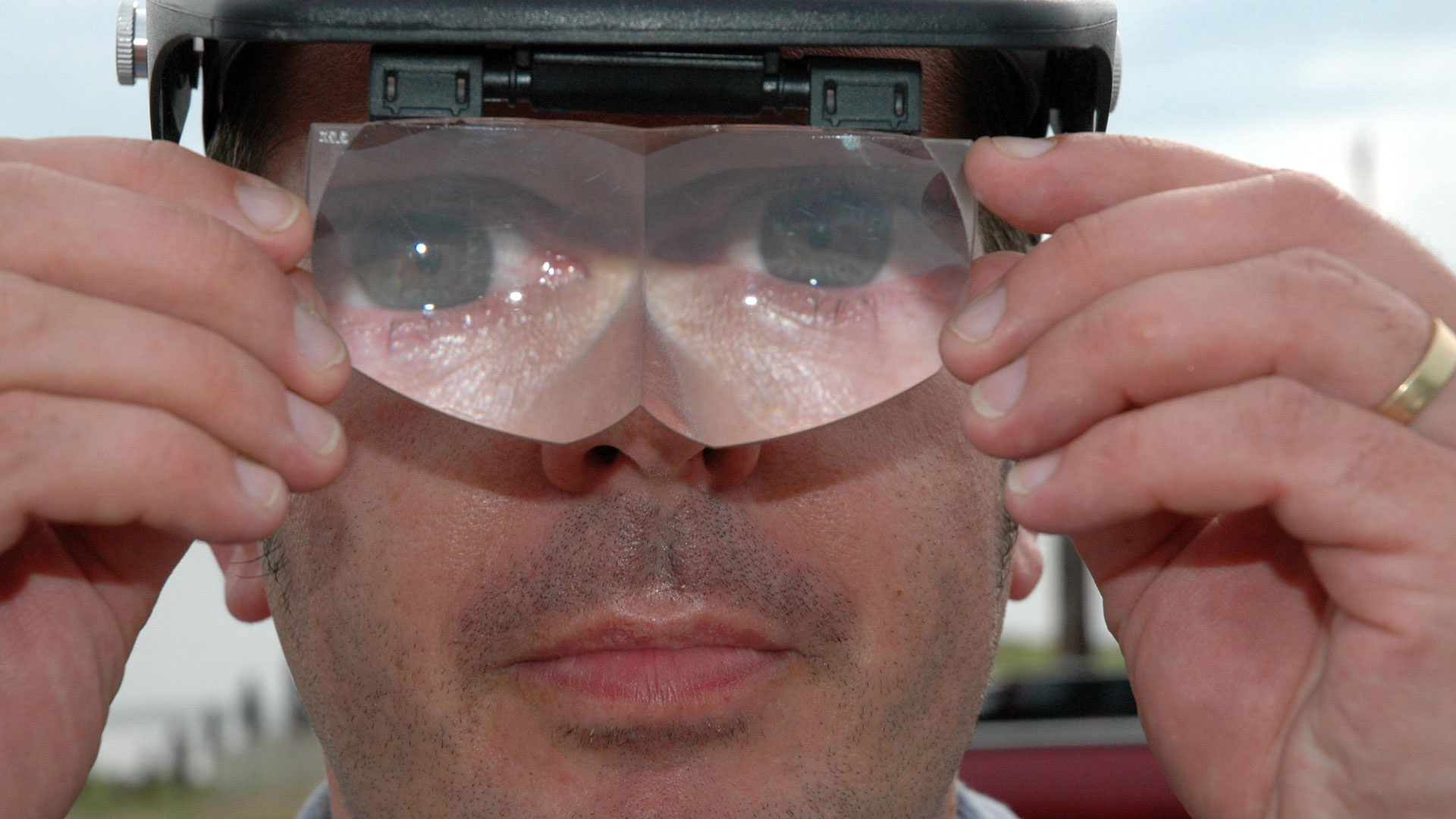 In a 1960s comic book, a bespectacled, weakling high school student named Peter Parker visits a science exhibit and is bitten by a mysterious spider. Soon, he is transformed into Spider-Man, a wall-crawling superhero.

The spider bite does wonders for Peter Parker’s eyes too: he doesn’t need his glasses anymore. But even Spider-Man’s eyesight isn’t as impressive as a real spider’s, as NATURE’s True Adventures of the Ultimate Spider-Hunter demonstrates.

For starters, spiders usually have eight eyes. And although many spider eyes are crude and can detect little more than light and dark, some arachnids are able to detect kinds of light invisible to humans. A few spiders, for instance, have eyes built to polarize light — think of built-in sunglasses — allowing them to navigate by sensing the direction and angle of the sun’s rays. 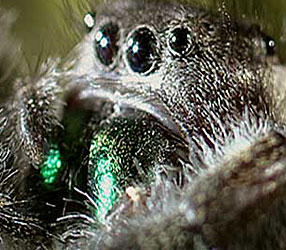 Spiders that actively hunt and stalk their prey, such as jumping spiders, have excellent vision.

Jumping spiders, featured in Spider-Hunter, are known for their ability to leap 10 or even 30 times their own length. (That would be like a human jumping half a football field.) But jumping spiders spend a lot of time looking for prey before they leap — and they have remarkable eyes that help out.

Researchers have found that jumping spiders have three distinct types of eyes, each with special powers that would make Spider-Man envious. Eyes on the side of the spider’s head are like wide-angle lenses that give it a broad, although somewhat blurry view of the landscape. Imagine looking through a nice picture window made of old, wavy glass: it’s hard to see detail, but you can still spot something — like a tasty beetle — that’s moving.

To focus in on its prey, the jumping spider uses larger eyes located on the front of its head. They are like a telescope, providing a sharper, magnified image — probably in living color. These eyes can swivel to follow a moving target. Then, as the spider moves in for the kill, it uses its other pair of eyes on either side of the large telescopic pair to measure just how far it needs to jump.

Other spiders have eyes that stand out in a different way — they reflect light like small mirrors. Those spooky eyes glimmering in the basement shadows, tracking your every move? You’ve probably spotted a wolf spider, a champion hunter of the twilight.

“Wolfies,” as they are known to some spider lovers, have eyes equipped with structures called tapetas that help them see in low-light conditions — just like a curved mirror helps collect light for an astronomer’s telescope. Shine a flashlight on a tapeta, and it bounces some of the light back, producing that distinctive glow.

Such natural innovations haven’t escaped the attention of engineers looking to build better mechanical eyes for robotic spacecraft, automated airplanes, and remotely operated submarines. Researchers in California, for example, are experimenting with spider-inspired eyes for a future generation of Mars rovers.

The goal, researchers at the California Institute of Technology say, is to build sensors that produce sharp images with less power. One creative option is to try to mimic a jumping spider’s eye, which uses an unusual vibrating retina to collect information. Vibration allows the retina to collect more information with fewer moving parts, saving energy.

The mechanical eye is much bigger than a real spider’s eye — about the size of a matchbox. But the device could be “a very elegant way to win big on power and allow you to do smart imaging,” NASA engineer Christopher Assad told the magazine New Scientist. He and other engineers caution, however, that it could be years before the device is perfected. In the meantime, both biologists and engineers continue to take a close look at spider eyes, hoping to mimic in just a few years remarkable sensors that evolved over millennia.

SHARE
Features
Secrets of Spider Silk
Photo Essay: Spiders from Around the World
About
Additional Web and Print Resources
You May Also Like
Deep Jungle: Monsters of the Forest
Octopus: Making Contact
The Gathering Swarms
Bird Superfood
Sex, Lies and Butterflies