Julia Roberts lives among the nomads of Mongolia and discovers their special relationship with the wild horse. 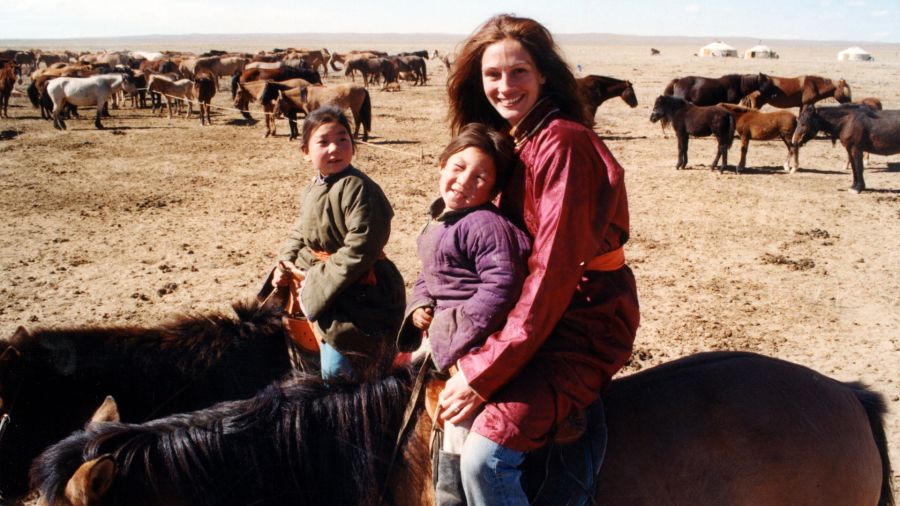 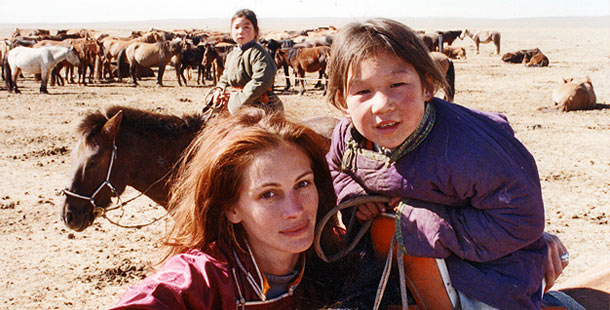 Julia Roberts lives among the nomads of Mongolia and discovers their special relationship with the wild horse.

Mongolia is home to the only true wild horses known to still exist. Julia Roberts, who shares a passion for horses with the Mongolian people, went there to sample life as a nomad on the steppes of central Asia and learn first hand why the wild horse has been an integral part of existence there for millennia.

Roberts spent several weeks with a nomadic family, living exactly as the family does — in a one-room transportable “ger,” with no bathroom, no running water, and no heat. Roberts is quickly absorbed into the daily routine of nomadic life. When she isn’t playing with the children, the family chats with her continually. Though they don’t understand each other’s language, messages get through with smiles and universal gestures.

Ms. Roberts’s rapport with her Mongolian hosts is fostered in part by two potent factors: her love of children, which is amply demonstrated in her interaction with the family, and her passion and skill with respect to horses. The horse plays many vital roles for the nomads of Mongolia — from the fermented mare’s milk that is a primary food staple, to transportation and to the races that are central to the nation’s culture and religious festivals.

Join Roberts in her discovery of the amazing trust that human and animal seem to share: “For these horses to just be allowed to roam around and they don’t take off and leave …is kind of amazing. Everywhere in America, you see animals and you also see fences. Here it’s really about the love and respect that man gives to the animal that they all stay together.”

Eagles
John Denver: Let This Be A Voice
Life at the Edge of the Sea
Mystery Monkeys of Shangri-La
Jungle Eagle
What Females Want