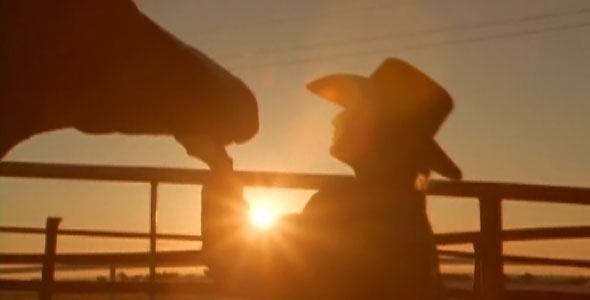 An ant is a tiny thing, a mere speck crawling upon the ground. Most people might think there is little they could learn from such a seemingly insignificant creature. But in some ancient cultures, ants were venerated as productive and wise insects. Their teamwork and perseverance enabled the tiny animals to build grand cities, leading one medieval sage to advise his followers “to study and learn from the under-appreciated ant when planning any great endeavor.”

The idea that we have much to learn from the natural world is richly explored in the NATURE program Wisdom of the Wild. It vividly demonstrates how people are gleaning new lessons from some unlikely teachers — including chimpanzees, horses, elephants, and dolphins — from the plains of Colorado and the seas of Florida to the mountains of Tanzania and the grasslands of Kenya.

Researchers in Tanzania’s forests, for instance, are getting new leads on potentially useful medicinal plants by carefully watching what the native chimpanzees eat. “There truly seems to be something to the age-old idea that animals have potentially important lessons to teach about medicinal plants,” says Michael Huffman, a primate researcher featured in Wisdom of the Wild. In return, people are showing newfound respect for the intelligent apes, fueling a worldwide movement to reduce the number of chimps used in medical research and find new homes for “surplus” research animals.

Wisdom of the Wild also explores what one woman has learned raising orphaned baby elephants in Kenya — and what troubled youths are learning about responsibility from the horses they care for at the Colorado Boys Ranch, where therapy includes learning to stand tall in the saddle. Therapy of another kind takes place in the emerald waters off Florida, where children with severe brain disorders seem to find solace and companionship by swimming with captive dolphins.

Others — from aircraft designers to adhesive manufacturers — are also drawing inspiration from nature, carefully studying how dragonflies buzz through the air and shellfish adhere themselves to slippery rocks pounded by powerful waves. Indeed, wild wisdom can even be found in the backyard, where amateur naturalists have long marveled at spiderwebs — so delicate, yet so strong.

Indeed, people have forever been fascinated by the wisdom they can gather by observing the animals around them. To pass along these lessons, nearly every culture has given animals a prominent place in its religion and folklore, from Ganesh, the wise elephant-headed god of India’s Hindus to the canny Brer Rabbit of American folk tales. Even our language is decorated with animal references, from “quiet as a mouse” and “crazy like a fox,” to “stubborn as a mule” and “eager beaver.”

People “have never stopped learning from other animals,” notes Tennessee folklorist Jay Klendor. “We’re constantly figuring out how we can benefit from their habits and behavior.”

In Native American lore, he notes, every animal has its own carefully considered personality and attributes. Southern tribes, for instance, considered alligators paragons of adaptability, able to survive on land or in water under the toughest conditions. Other tribes saw the butterfly as an important symbol of renewal, able to transform itself from caterpillar to flighted wonder seemingly overnight. The coyote is considered a prankster — a clever, pugnacious clown. But the wolf was a more serious animal, an example of loyalty and thoughtfulness.

Of course, not all cultures agree on the qualities that an animal is supposed to represent. While some cultures see rabbits as funny and clever, Klendor notes, others consider them selfish and greedy. Similarly, while some northern peoples see the raven as a trickster and teacher, others attach darker meanings, seeing the raven as an omen of bad things to come. Even snakes, widely despised and feared as sneaky and unpredictable in many parts of the world, are honored elsewhere as stealthy and quick-witted. And cats and dogs — often considered poles apart in intelligence — are both seen as lazy and shiftless by some peoples.

The meanings people ascribe to animals “says as much about the cultural values, attitudes, and environment of the people as the actual behavior of the animals,” says Klendor. “An animal that may seem very wise to one person,” he adds, “may seem completely foolish to another. Sometimes, it’s just in the eye of the beholder.”

Penguin Post Office
Revealing the Leopard
Living Edens: Temple of the Tigers
Dogs That Changed the World: The Rise of the Dog
Grand Canyon
Life at the Edge of the Sea