MARY ALICE WILLIAMS: In the news this week, it would have been unthinkable 50 years ago, but it is testament to the success of the National Council of Churches' drive toward ecumenism that former Ambassador Andrew Young has been installed as the new president of the Protestant-based organization in a Catholic cathedral. His installation was among the highlights of the NCC's 50th anniversary celebration.

But beneath the euphoria is consternation over the very future of the NCC, bedeviled by financial problems and lack of a clear mission. The newly nominated general secretary of the NCC, a Methodist minister and former Pennsylvania congressman, Bob Edgar, said the organization is like a 35-humped camel; it doesn't work. 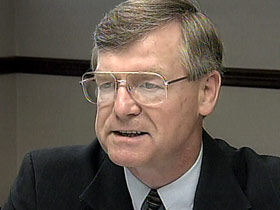 Reverend BOB EDGAR: I think the immediate challenge is to just give hope that the National Council, made up of 35 different member communions, is relevant for the new millennium. And I've spent my life trying to bring hope in situations that seemed hopeless.

WILLIAMS: David Anderson of RELIGION NEWS SERVICE, who's been covering the NCC for fully half of its history, has been monitoring the convention's lead story and back stories.

David, Bob Edgar referred to a seemingly hopeless situation. What is the situation?

Mr. DAVID ANDERSON (Editor, RELIGION NEWS SERVICE): The situation is that the council finds itself in the worst and most severe fiscal crisis in its 50-year history, with a $4 million debt. It has a deficit that has undermined the confidence of the member denominations in the council's ability to manage itself. And as well, it has created a crisis of confidence in what the real role of the council should be in the coming years, particularly, does it still have a role to play in the church unity movement, and what kind of role it might play in the interfaith or inter-religious relations movement. 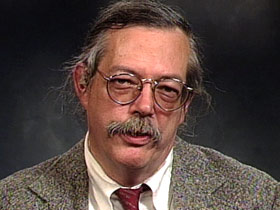 Mr. ANDERSON: Well, I think for -- I think the new leadership team of Ambassador Young and Bob Edgar will certainly do a lot to restore confidence, particularly among those seven denominations of the 35 that are the NCC's biggest contributors, that -- you know, the main -- the major, mainline Protestant denominations. I think that by the end of the week, we saw some restored cautious hope that the council, indeed, can be renewed.

Amidst the grumbling over budget and staff cuts, the NCC did adopt a policy in defense of religious liberty for all people to guide member churches in their relationships with non-Christians. The policy comes at a time when inter-religious relations have reached a low point. The nation's largest Protestant denomination, the Southern Baptist Convention, is under fire from Jewish leaders for using what they call deceptive tactics to convert Jews to Christianity. Jewish leaders aren't quarreling with Baptists' right to proselytize, but they're outraged that Baptists are appropriating Jewish symbols in services that worship Jesus, and telling Jews they don't have to give up their faith by accepting Jesus Christ as the Messiah.

The installation of former Ambassador Andrew Young as the new president of the Protestant-based National Council of Churches was among the highlights of the NCC’s 50th anniversary celebration, but the organization faces financial problems and lack of a clear mission.

The Perfection of English and the Making of the KJB