A video of a four-year-old girl reciting Psalm 23 from memory. A parody of the ’90s hip-hop hit “Baby Got Back” called “Baby Got Book.” “A Letter from Hell” to motivate Christian students to share their faith in Jesus with their friends. These are three of the more than 25,000 videos available on a new video-sharing Web site called Godtube.com that features over 1.5 million hours of Christian video, more than any other Christian broadcast platform, according to Chris Wyatt, Godtube’s CEO and creator. 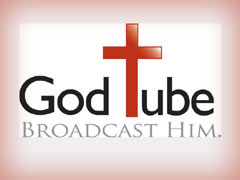 Godtube was the fastest growing U.S. Web site in August. It experienced 973 percent growth between July and August, and there were 4 million visitors to the site in October alone. It combines many of the well-known features of other sites (Myspace.com, Facebook.com, Youtube.com) popular among teenagers and those in their 20s and 30s, such as opportunities for social networking, video chats, and user-submitted videos that range from cute home movies to music videos to church presentations.

Wyatt, 38, says he knows “the power of video” and understands the need to make Web sites user friendly. He worked as a producer at CBS before deciding to go to the evangelical Dallas Theological Seminary, where he is now a student. He says he created Godtube as a class project because he was alarmed after reading in a 2006 evangelism magazine study that the percentage of Christians who attend church regularly will drop 50 percent by the year 2025.

Godtube “is a tool to extend experience like never before,” according to Wyatt. But it is not a substitute for real community and real people, argues Dan Smith, creator of the comic “Baby Got Book” video in praise of big Bibles. Smith says he does not attribute the success of his video or Momentum Christian Church, a nondenominational church near Cleveland, Ohio, where he is the lead pastor, to Godtube, and he expresses the need for human interaction as part of the faith-growing process. “Nothing can replace interaction. It’s about a relationship,” says Smith.

“This [Godtube] is not a substitute for church by any means,” Wyatt acknowledges. The goal, he says, is to “help the local church expand its message locally and globally.” (The Web tagline of the Godtube site urges “Broadcast Him.”) Because many people live today in gated communities, he says, it’s just that the best way to reach them is through their computers.

Wyatt considers the world’s 2.1 billion Christians to be Godtube’s audience but says the site doesn’t serve only Christians. It is available to the 4 billion people who are not Christians, according to Wyatt, but who are “seeking to experience faith in a new way.” Believers and nonbelievers alike are all welcome to post videos and comments, and there is a channel on Godtube called “Nonbelievers Seeking Answers,” where videos such as “Rapture–End Times” can be found.

Response to Godtube is not all positive. Some have posted critical comments in blogs and on the site, specifically in response to the video “Letter from Hell,” saying it tries to scare the Christian faith into viewers. Others object that the site’s comments and videos can get out of hand. While Godtube allows users to post their own videos and comments, everything that goes up on the site is monitored by a team of “mostly theological students” before being posted, says Wyatt. This process prevents vulgar language and dangerous behavior from being broadcast, according to Wyatt, and it preserves the family-friendly atmosphere he says he intends. Wyatt assures that Godtube is not a religious organization, nor does it represent “one church with one view. It is open to tough questions.”

Despite its rapid rise in popularity, the site hasn’t even gotten started, according to Wyatt, who says he has big plans for Godtube, most of which he would not divulge. He did say there is an “unprecedented partnership” in the works, and original products such as online lectures and newscasts from Godtube headquarters in Plano, Texas, are also on the horizon.

“Godtube is a built car and it’s sitting in the garage,” says Wyatt. “We are just getting ready to take it out.”

Tracey Wangler, a junior at Olivet Nazarene University in Bourbonnais, Illinois and a participant in the Washington Journalism Center program, is an intern at Religion & Ethics NewsWeekly.

Melani McAlister: “Islam is Going to Have a Real Role”