BOB ABERNETHY, host: Last Sunday (October 14), the pope named six people saints, two men and four women. Among the crowd were 8,000 Australians there to honor one of those canonized, a nineteenth-century woman, Mary Mackillop, who devoted her life to education children in Australia’s vast outback. Blessed Mother Mary MacKillop is her country’s first saint. It’s not every day that an Australian becomes a saint and draws world attention, so Australia has been celebrating enthusiastically. There is even a sold-out musical of Mary MacKillop’s life, which included a brief excommunication because she upset the local bishops. Our reporter is Stuart Cohen in Sydney.

(from MacKillop the Musical): “And we declare her excommunicated. It is done.”

STUART COHEN, correspondent: Mary MacKillop the Musical was 10 years in the making, the creation of a part-time composer in the city of Melbourne. The effort to bring it to the stage accelerated two years ago as the likelihood of her canonization drew closer. Director Anthony McCarthy says Mary MacKillop’s life was well suited to be made into a musical. 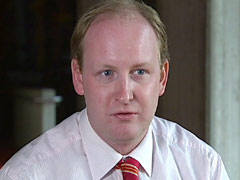 ANTHONY MCCARTHY: There’s some quite dramatic liturgical, ecclesiastical moments in her life. She gets excommunicated, she gets forgiven, she has to go to the pope, she meets the pope, she comes back.

COHEN: Mary MacKillop was born to Scottish immigrant parents in 1842. She became a nun at 25 and dedicated her life to educating children throughout Australia’s isolated rural areas. She co-founded the country’s first religious order, the Sisters of Saint Joseph, and opened dozens of schools across the country’s vast outback. In 1871, she was excommunicated, in part for exposing a pedophile priest. She was reinstated just five months later, and by the time she died in 1909, at age 67, her order had 750 nuns who were running 117 schools around the country.

MCCARTHY: I actually think that the production is serving a great historical purpose for the Catholic community and as well as the community at large. 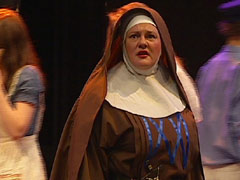 COHEN: The members of the cast of more than 80 are all volunteers, with one exception—Mary herself, played by professional opera singer Joanna Cole. For her it’s the culmination of a lifetime of association with Mary Mackillop’s Josephite order.

JOANNA COLE: I was educated by the nuns from kindergarten right through to high school. I really like to portray Australian women and Australian heroines, and I think she’s a very special heroine for Australia to look at, a very special role model.

COHEN: Australians aren’t known for being an especially devout people. But when an Aussie is recognized on the world stage, the entire country celebrates. In addition to the musical, there’s a new postage stamp bearing a picture of MacKillop and a light display on Sydney’s famous Harbour Bridge with images of Mary and some of her quotes.

COLE: She was a visionary and a pioneer, and I think her story should be told from that point of view. I think we should be very proud of the fact that this fabulous woman was born here in Australia and had such an effect on us.

COHEN: The Australian government has even taken the unusual step of copyrighting Mary MacKillop’s name and image to protect the memory of the country’s new national hero from over-commercialization.

For Religion & Ethics NewsWeekly, this is Stuart Cohen in Sydney.