KIM LAWTON, correspondent: At FDR Public School on Manhattan’s Lower East Side, Abounding Grace Ministries held what could be one of its last worship services in the building. The nondenominational church has been renting worship space here for the last three years. Pastor Rick Del Rio says the reasonable rent was critical to his predominantly low-income congregation.

REV. RICK DEL RIO (Pastor, Abounding Grace Ministries): It’s the only thing we could afford. Two, it becomes that place where families can unite, and we really cultivate those relationships so that it is an oasis.

LAWTON: Del Rio describes his church as a source of stability in the neighborhood and says the city’s policy is unfair to the people he serves. 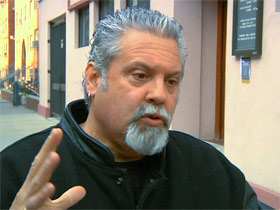 DEL RIO: At the expense of the poor they want to go ahead and make this decision. What do we tell our people?

BARRY LYNN, (Executive Director, Americans United for Separation of Church and State): When a church uses a school on a regular basis it’s very easy for a community or the students in that school to think there’s a special connection between one religious group and that public school.

DEL RIO: All of this just in case some kid is going to have the wrong perception? Why don’t you explain to the child that worship, the freedom to worship is one of the most basic rights?. Teach the kid. You know what? This is a wonderful country, a wonderful city. We all need to be tolerant of each other.

LAWTON: Del Rio and other opponents of the ban argue that churches are being treated differently than other groups, such as Alcoholic Anonymous and the Boy Scouts, which still can rent space in New York City public schools. 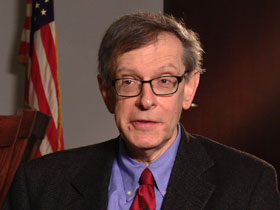 LYNN: The law says there are whole categories of things that can’t be done in a public school. You can’t have a commercial event, you can’t have a partisan political rally or a convention, and you also can’t have worship services, so this is not viewpoint discrimination.

LAWTON: Thousands of churches around the country worship in public schools. Del Rio says New York City’s policy may be a precedent in what he sees as a movement to secularize the nation.

DEL RIO: If you think Occupy Wall Street can make some noise, there is going to be some real movement here from communities like ours, because we are not going to let this die.

LAWTON: Abounding Grace has found a new temporary worship location for the next few weeks and has joined a coalition of churches fighting the policy. I’m Kim Lawton reporting.