LUCKY SEVERSON, correspondent: This is a scene more than a few Americans are familiar with: standing in line at the Department of Motor Vehicles, the DMV. This one is in Sumter, South Carolina.

SEVERSON: Amanda Wolf has been waiting over 6 months to get the proper papers so she can finally get a photo ID.

SEVERSON: And so it went, on and on. Amanda had a student photo ID when she lived in Florida and used it to vote when she moved here, but not anymore—not under the state’s controversial new voter ID law that was fashioned after an Indiana law the Supreme Court upheld in 2008. State Senator Chip Campsen sponsored the South Carolina law. 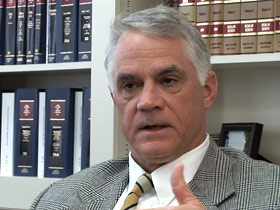 STATE SENATOR CHIP CAMPSEN: And the court has concluded that whatever those hurdles you have to clear to get the ID necessary to vote…

SEVERSON: …is worth it.

CAMPSEN: It is worth it, that is correct.

SEVERSON: It is those hurdles, critics say, that will keep some eligible people who lack the proper ID from voting. The South Carolina law requires a state-issued photo ID, a military ID, or a passport. Amanda finally qualified for a photo ID after she got some free help from a retired judge. Attorneys often charge as much as $1800 for the service.

SEVERSON: Barbara Zia is the co-president of the South Carolina League of Women Voters. 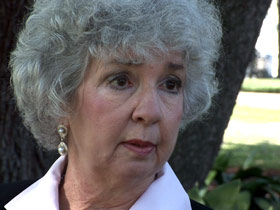 BARBARA ZIA: The League submitted our comments, along with other organizations to the state, contending that the law was discriminatory and that thousands, maybe tens of thousands, of eligible voters would be disenfranchised.

STATE REPRESENTATIVE DAVID MACK: It’s horrible. It’s designed to suppress the vote of people of color. People of color and poor people, that’s exactly what it’s designed for. There’s no documentation of fraud as relates to voting, and there has been no problem with fraud as it relates to registering people to vote,

SEVERSON: You don’t think people are going to be disenfranchised?

ZIA: There are no documented cases of voter fraud by impersonating somebody else to vote for decades in South Carolina. We’ve talked with the state elections commission. They know of none, and they’ve gone on record saying that there is none. So we say it’s a solution in search of a problem. 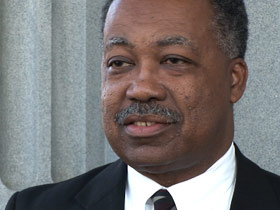 MACK: If there were cases of fraud they would have been front page news throughout the state of South Carolina and other places, and it’s just not a problem.

SEVERSON: State Senator Campsen insists there have been cases of voter fraud, and there are some that are still under investigation. He says that it would be contrary to human nature if there wasn’t voter fraud.

CAMPSEN: And I know this: Human nature being what it is will steal. I lock my house. My house has never been broken into, but I lock it, and I don’t have to have a thief break into my house and steal something before I’m justified in locking my front door, and so human beings will steal my car, they’ll steal my money, and they’ll steal my vote, too.

SEVERSON: Braden Bunch owns Brick’s Place. He was the head of the Sumter County Republican Party until recently. He thinks requiring photo ID to vote is only common sense.

BRADEN BUNCH: It’s a pragmatic step in order to fix the possibility of irregularity or even just getting rid of these old wives’ tales out there, that all kinds of fraud and deceit is going on. If you have this in place those stories go away.

SEVERSON: What’s happening here is part of a national trend. Altogether 34 states have introduced photo ID legislation. Critics say nationwide it could keep millions from voting. South Carolina’s own study says African Americans are most likely to be impacted. That’s why the Justice Department has put it on hold while it investigates. Barbara Zia says the law will also make it more difficult for the elderly, the disabled, and students whose IDs no longer work to vote. But, she says, it will definitely impede minorities the most. 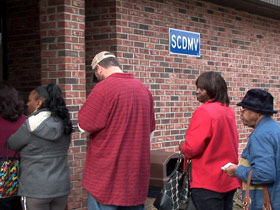 ZIA: And many South Carolinians, especially citizens of color, were born at home and lack birth certificates, and so to obtain those birth certificates is a very costly endeavor and also an administrative nightmare.

SEVERSON: South Carolina is one of several states, mostly in the South, that because of a history of discrimination is required by the Voting Rights Act of 1965 to get clearances from the Justice Department whenever changes are make to voting laws. Dr. Brenda Williams has registered hundreds to vote. She says the new legislation is reminiscent of the Jim Crow laws that legalized discrimination against African Americans even at polling places until they were abolished by the Voting Rights Act.

DR. BRENDA WILLIAMS: There was a poll tax back during those days, and African Americans had to pay a tax. African Americans were penalized when they went to even register to vote at the courthouse. They were given literacy tests and had to guess how many marbles were in a jar and different things in order to deter and disenfranchise as many people as possible.

SEVERSON: Does this remind you of that? 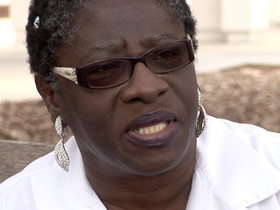 SEVERSON: Donna Suggs has been a nurse’s aide all her life.

SUGGS: I had no birth certificate.

SEVERSON: Well, can’t you just go apply and get a birth certificate?

SUGGS: No. I was born by a midwife in Hartsville, South Carolina, and they didn’t report my birth.

SEVERSON: In the South in particular births among African American’s were not sometimes recorded in court houses. They were recorded in family Bibles, and often a midwife did not record them at all. Donna was finally able to get a photo ID after an attorney helped her get her birth certificate free of charge. 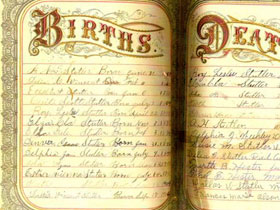 (to Donna Suggs): Now that you’ve got your photo ID…

SUGGS: You want to see it?

SEVERSON: Sure, I do want to see it.

SEVERSON: So now she is officially Donna Suggs.

REV. JAMES WILLIAMS: Disenfranchising someone, yes, it is a moral issue.

SEVERSON: United Methodist minister James Williams pastors two churches and operates a funeral home. He says he knows that many of those in his congregation and those he buried never had a birth certificate. In his view voting is sacred, and depriving someone of that right is morally wrong.

BUNCH: It is not harder for a black man to vote than it is for a white man to vote. We all can walk down to the polls together and cast our ballot. It’s that simple.

SEVERSON: If you all have a photo ID…

SEVERSON: That may not be quite accurate, but there is little chance that the South Carolina legislature will amend the voter ID law unless the Justice Department finds that a significant number of South Carolinians will be deprived of the right to vote.