LUCKY SEVERSON, correspondent: This is Nick Vujicic in Los Angeles on his way to a sound check before he speaks at the National Resurgence Conference for future evangelical leaders. It features some of the country’s most influential evangelists, including Vujicic.

NICK VUJICIC: I’m going to be speaking about this loud.

SEVERSON: In just a few years, Vujicic has become a superstar evangelist.

VUJICIC: I started speaking 10 years ago and we’ve been across 44 countries, spoken 2,000 times to a live audience of 5 million face to face.

MAN: After the Q and A you want back in the wheelchair to exit right? 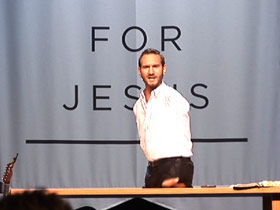 SEVERSON: Considering that he has no arms and no legs, traveling the world as he does is no small accomplishment.

VUJICIC: Sometimes my palms still get sweaty before a speech.

(at podium) How are you all.

SEVERSON: The people in the audience soon seem to forget that they have probably never met anyone quite as handicapped.

(to conference attendees) Were you put off at all by his physical appearance when you first saw him?

MAN: You see the light of Jesus in his eyes and that’s what you see. 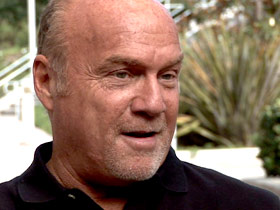 SEVERSON: One of the featured speakers here is Pastor Greg Laurie of the Harvest Christian Fellowship churches in Riverside and Irvine, California.

PASTOR GREG LAURIE: You know a person may think, well I’m having a hard time right now, you know maybe I’m not feeling well or I’m sick or whatever, and when you look at a guy who’s facing what Nick faces, that’s severe disability, and to hear him talk about hope and to talk about purpose and to talk about joy kind of silences you in whatever it was that was troubling you and puts your problems in perspective.

VUJICIC: (to conference attendee) Give me a hug. Love you so much.

I’m the world Guinness Book of Records holder of 1,749 hugs in one hour. My arms fell off. (laughs) 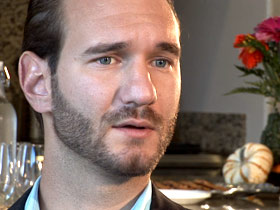 So at age 10 I tried to commit suicide with 6 inches of water in my family bathtub and the first two times I rolled over I was trying to work out how much air I hold in my lungs before I let the water come in and on the third time I rolled over I saw a picture in my mind of my mum, my dad and my brother crying at my grave wishing they could have done something more. And that alone stopped me. I realized there is a pain of having a disabled son with no limbs but greater is the pain to have a son without limbs who commits suicide.

SEVERSON: Now the Australian born preacher runs an international non-profit organization called Life Without Limbs, has authored books, markets inspirational DVD’s, including one for kids called “No Arms, No Legs, No Worries,” and is in great demand as a motivational speaker. He has two caregivers who help him manage a very hectic life. Bryan Tarter traveled with him to 24 countries.

(to Bryan Tarter): What do you think drives him?

BRYAN TARTER: Oh definitely his faith. Yeah, his faith in God. There’s a lot of people in this world that don’t have hope and he just knows that he can give that hope to people. 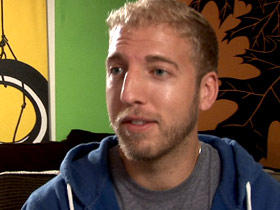 VUJICIC: And I was very angry at God and I said God if you’re real and you love me, where is my miracle? So then I started doubting that he was real and I said, “God you owe me an explanation.” At age 15 God clearly answered me through John Chapter 9 about the question of why. Jesus came across a man who was born blind and Jesus said he was born that way so that the works of God would be revealed through him and faith came over me, tangibly I felt peace.

SEVERSON: Many in the audience here are laymen or aspiring ministers and his message to them is to not forget their families.

VUJICIC: (speaking on stage) God gave me a wife to enjoy the blessing of being married, and being a husband and being a father.

SEVERSON: His concern for family grew considerably when he got married a few months ago. Now his new wife is pregnant. 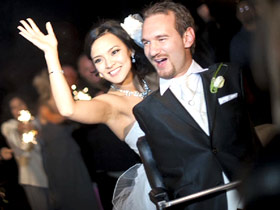 VUJICIC: And just a couple weeks ago, I felt my son kick in her womb and it was amazing.

SEVERSON: Amazing for someone born with an extremely rare disease called Tetra-amelia syndrome characterized by the absence of all four limbs, but in his case, a foot with two toes that enable him to type, and answer hundreds of texts every day. He can surf, play drums, comb his hair, brush his teeth, shave, answer the phone and a lot more as Bryan Tarter learned when he went for a job interview as his care giver.

TARTER: The first time you meet him he just breaks down your walls, gives you a hug and you actually forget that he doesn’t have arms and legs.

VUJICIC: (in video) I am not nervous yet. My knees are not shaking, my heart is hot beating yet, but I’ll tell you when I’m on that plane, I’m going to be going…(screams)

PASTOR LAURIE: You know he’ll go and speak in a church or in an arena or in a stadium and everyone will think what a wonderful story he has and how great it was that he came but you know Nick still has to go home and face that disability every night and every morning. I’ve thought about that. 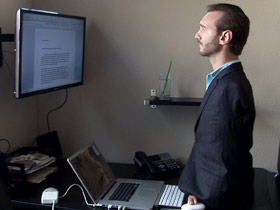 SEVERSON: He says he still goes through bouts of depression.

VUJICIC: We all are going through ups and downs no matter how strong we are in our faith in God, there are still some wild cards that come along our way and we ask God what happened? Why?

SEVERSON: Vujicic says the worst part of his childhood was the loneliness.

VUJICIC: Just five years ago I met a little boy with no arms and no legs, first kid that I ever met that looked nearly exactly like me, left foot and everything. And I heard he was getting teased at his school. So I went to his school and I shared about my life and shared how cool I thought Daniel was and now Daniel is the coolest kid on the block. 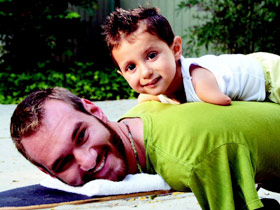 SEVERSON: He says it’s his mission to travel to high schools around the country preaching against bullying, which he considers to be a very serious problem. He knows from personal experience.

VUJICIC: You know I actually remember going up to some people who were teasing me at school and I confronted them about how they treated me and they were surprised that I had the guts to come up to them and I went right up to them and I said why do you do that? Why do you tease me? Oh, it’s hurting you? I didn’t mean to. Oh really? Now I’m going to tell you stop it and by the way I forgive you. And I asked him to give me a hug.

VUJICIC: I just hope people see that if God can do something beautiful with my broken pieces, then God truly has a plan for each and everyone of us.

SEVERSON: Next year, Nick Vujicic plans to preach in 27 countries.