BOB ABERNETHY, host: In a highly critical new report, a United Nations panel accused the Vatican of systematically putting protection of the Church’s reputation above the welfare of children who were sexually abused by priests. The nonbinding report by the UN Committee on the Rights of the Child called on the Vatican to immediately remove all known or suspected abusers and turn them over to civil authorities. It also urged accountability for those who covered up the crimes. In response, Church officials said the report ignored recent measures to address the abuse crisis. They also rejected the panel’s criticism of Church positions on other issues, including abortion, birth control, and homosexuality. Joining me with more on this are Kim Lawton, managing editor of this program, and Father Tom Reese, author, expert on the Vatican, and senior analyst at the National Catholic Reporter. Tom, welcome. Welcome back here.

ABERNETHY: What did you make of this UN committee's report? 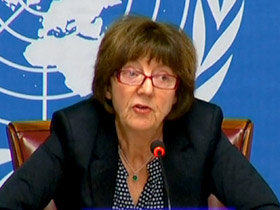 REESE: Well, it was a missed opportunity. You know, I wish they had acknowledged the fact that the Church has done something. For example, Pope Benedict put in zero tolerance for any abuse. That means any priest involved in abuse is no longer allowed to be in the priesthood. He threw out 400 priests in the last two years of his papacy. I think they should've acknowledged that, and then said, “Okay, make sure you keep enforcing these policies that you have in place.”

REESE: Well it's certainly drawing attention to the problem again, and it does have some good recommendations about, you know, making sure that bishops are accountable, that they fulfill and do the policies that the Vatican has now put in place.

KIM LAWTON: Well, and that's one of the questions. That's been a big issue is holding the Church leaders, bishops, archbishops accountable, making them pay consequences for their role in it, and that's one thing that hasn't happened. Why hasn't that happened? 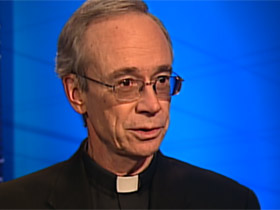 REESE: Well, that's the real question, and that's the real issue. I think that the Vatican has to go after bishops like Bishop Finn of Kansas City who's been convicted of not reporting a priest to civil authorities. Well, I mean, he's just got to go, and you also have the case of the Italian bishops conference, which has decided, “Well, we're not going to report our bad priests to the police.” That's simply unacceptable, and the Vatican has to tell them that.

LAWTON: Pope Francis, obviously very popular, but this is one area where he has drawn some criticism from people who say, “Yes, he's called sex abuse of minors a harm of the Church, a shame of the Church.” He has said he's going to appoint a commission to deal with this, but some people are saying, “You know, we've heard apologies, we've heard talk, we've heard studies. When is there going to be actual action?” Is this something he's vulnerable on?

REESE: Well, I think he's got to hold bishops accountable, that they have to observe the policies that he's established. I think the idea of a commission is good. It brings together experts and so that all bishops all over the world learn best practices, and they don't make the same mistakes that the American bishops made. That would be very helpful. 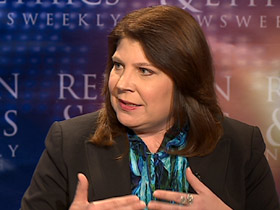 ABERNETHY: What is the situation around the world? Are there places where they're just in denial?

REESE: I think so. I think that bishops in the Global South and the Third World aren't really up to speed on this, and I think it's very important that they learn from the mistakes of the American bishops, of the European bishops so that they can be proactive, that they get to this problem before it explodes on them.

LAWTON: What will satisfy some of the victims' advocates who—you know, on this issue?

ABERNETHY: But Tom, is the Vatican ready to start firing people, like the bishop that you referred to in Kansas City?

REESE: You know, they haven't been so far, although in Ireland there have been bishops that have been fired. Cardinal Law, of course, was removed from office. You know, I think we need to see more of that. If we had had 30 or 40 bishops in this country stand up and say, “I've made a mistake. I take full responsibility. I'm sorry, and I resign,” we wouldn't be where we are today.

“If we had had 30 or 40 bishops in this country stand up and say, ‘I’ve made a mistake. I take full responsibility. I’m sorry, and I resign,’ we wouldn’t be where we are today,” says Rev. Thomas Reese, a senior analyst at the National Catholic Reporter. Watch our conversation about the United Nations’ criticism of the Holy See’s handling of sex abuse by priests.