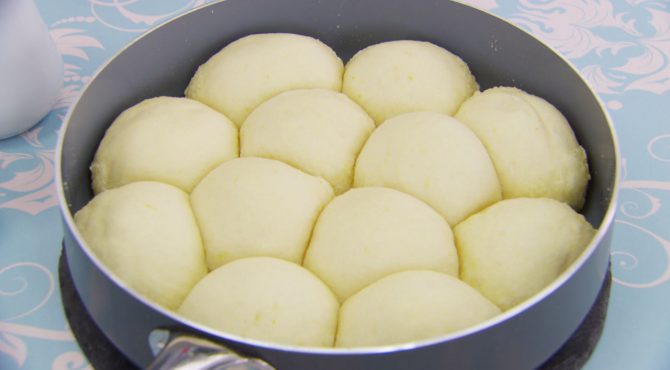 These sweet steamed buns are a German speciality and should have a caramelized bottom and soft pillowy tops. This dampfnudel recipe is featured in Season 4, Episode 3.

For this recipe you will need a large, non-stick sauté pan with a lid. Note: This recipe contains U.K. measurements and may require conversions to U.S. measurements. It has also not been professionally tested.
Tags: Baking Recipes, Bread Recipes, britishbakingshowrecipes, Technical Recipes
Presented by: