10 kids’ books that made us fall in love with reading

It’s that time of year, when kids all over the country sharpen their pencils, sticker their binders or iPads, and cheese for their first-day-of-school photo.

Earlier this week, Jemima Deutsch, a member of Now Read This, the PBS NewsHour’s book club in partnership with The New York Times, wondered what short story, poem or novel kick-started people’s love of literature.

Hundreds of people shared their memories. Some mentioned books they were taught in school, while many others said they discovered their first beloved book at home or at the local library.

Meanwhile, member Gordon Snapp said what many others expressed: “Too many to pick one.”

Here are 10 of their favorites: 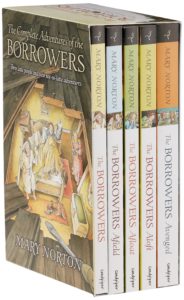 1. “The Borrowers” by Mary Norton

Barb Hofmann Jennes: “A childhood collection that not only sparked my love of literature but also spurred my imagination to become a writer.”

Catherine Meschievitz: “About the little people who live in our houses … They borrowed things we ‘missed’ like a safety pin or match, to create their parallel life in our house. About bravery, resourcefulness, a bit of danger, but also family.”

Shana Nicole Tilley: “It wasn’t until I read ‘The Outsiders’ that I realized that there were so many different stories out there that I COULD relate to.”

3. “The Little Engine That Could” by Watty Piper

Margarita Schweisberger: “I can still feel the momentum build.”

Bonnie Yelverton: “I used to read this to my high school students before an exam, except I changed it to ‘I know I can.'” 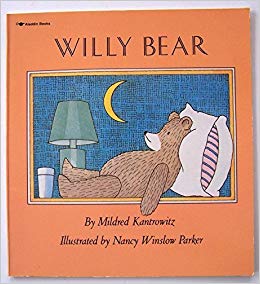 Vada Rae Maryol: “When I was growing up my mother would read my brother and me a children’s story called ‘Willy Bear.’ It’s about a little boy telling his teddy bear that is okay to nervous about going back to school. After my mom thought we were too old for her not to read us the story anymore my brother and I would read it to ourselves the night before the first day of school. We moved a lot so we had lots of first days of schools. We did this all the way through college. Now he is reading the story to his kids.”

Tom Murphy: “I didn’t read it; my fourth-grade teacher read it to us for a few minutes at the end of each day IF we’d gotten our work done. You did not want to be the kid who screwed it up for everybody else.”

Linda Lawrence: “My grandmother gave me the first volume when I was in Kindergarten. I never stopped reading after that.”

Erika Yuhasz Wimmer: “Read the whole series when I was 8 on my Strawberry Shortcake comforter!” 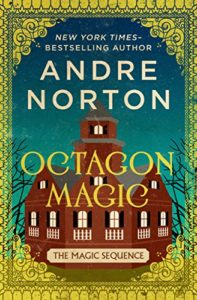 Diana Maiden Aiken: “I remember going to the library, week after week, checking out books, liking them alright, but not enough to stop saying I’m bored. Then one week I checked out “Octagon Magic” by Norton. I was hooked. I still want my own Octagon house.”

8. The complete works of Mark Twain

Lee Stanciauskas: “The complete works of Mark Twain given to me by the family that lived in the upstairs apartment. Blew my mind!”

Constance Colding Jones: “My mother read them to me when I was very little. After I asked for multiple repeats of the same stories every night, she finally decided I should learn to read for myself. When I was a teenager, she complained that I always had my nose in a book and she couldn’t talk to me.”

Joanne Melzow: “[It] was my favorite, still have that old book!”

10. “A Wrinkle in Time” by Madeleine L’Engle

Teresa Borden: “I remember a lot of stories… but the one book that most affected me as a kid was ‘A Wrinkle in Time.'”