5 great comics that have nothing to do with ‘Avengers: Infinity War’

Comic book-inspired films have dominated the Hollywood blockbuster lineup for years. Half of the top 10 highest grossing movies of 2017 were based on superhero comics from Marvel and DC.

“Avengers: Infinity War” grossed $39 million Thursday night — the fourth-highest movie preview in history and the highest of any comic book movie. Meanwhile, “Black Panther” has continued to break box office records so often it can be hard to keep up.

With those numbers and plot-line pyrotechnics, the work of smaller comic book studios or independent artists can be overshadowed.

Nominees for the Eisner Awards, the so-called Oscars of comics, were announced on Thursday. Michael Cavna, writer and artist for Comic Riffs at the Washington Post, said this year’s nominees include “a wealth of great and heartening work that bodes immensely well for the industry’s future.”

The NewsHour spoke to Cavna, who offered up his top five picks for Eisner-nominated books that deserve some of “Infinity War”’s limelight. 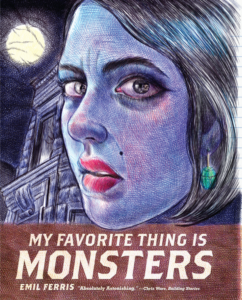 1. “My Favorite Thing Is Monsters,” by Emil Ferris (Fantagraphics)

This debut book marks Ferris as a breakout talent, and her diary-style opus reflects a deeply knowing passion for classic mid-century horror films and comics — all framed as a biographical tale of suspense of historical intrigue. “Monsters” stands among the best graphic novels in years.

Most people’s lives don’t necessarily merit a textured memoir by age 21, but Walden’s account of her life as a competitive junior figure skater while also experiencing gay romance and artistic growth proves to be a special coming-of-age exception. 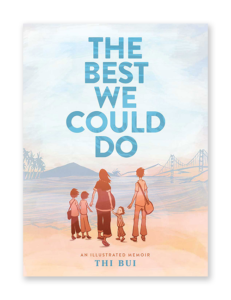 This, like “Monsters,” is another debut graphic novel by a cartoonist whose skills arrive fully formed. Bui, a Vietnam-born Californian, unspools a cinematic epic, following several generations through the travails of immigration and emotional dislocation.

This was among my selections of most dazzling comics of 2017. As I wrote in The Washington Post at the time, this short-story collection, “set along the fault lines of humanity and technology, disorients the senses even as it grounds us in the quirks of 21st-century life — all bundled with virtuosic visuals and slyly brilliant wit.” Tamaki has a gift for endlessly playing with our sense of perspective, both pictorially and in prose.

5. “Awaiting a Wave,” by Dale Carpenter and Nate Powell (The Weather Channel Digital) 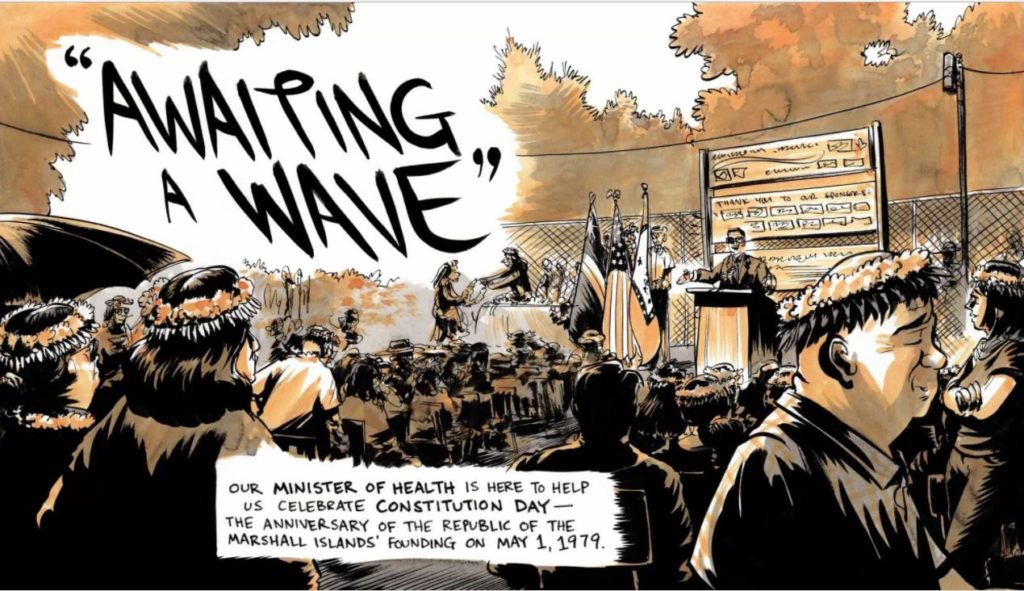 The Internet is so awash in webcomics that all navigators toward discovering the most inspired examples are much welcome. And the Eisners thankfully help shine a spotlight on this exquisite digital work rendered by Nate Powell, the “Swallow Me Whole” artist whose sublime skills are most prominently on display in the National Book Award-winning civil-rights graphic-memoir trilogy “March,” written by Rep. John Lewis and Andrew Aydin. “Awaiting a Wave” beautifully weaves the historic connections between the Marshall Islands and a small Arkansas town. 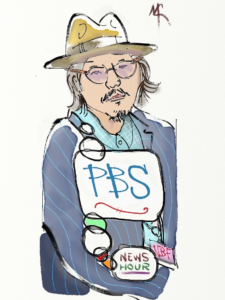 Michael Cavna is creator of the Washington Post column “Comic Riffs” and the syndicated comic strip “Warped.” This month, he won the Society of Professional Journalists’ Sigma Delta Chi Award for his animated memoir short, “For Art’s Sake: The Newspaper My Father Gave Me,” a love letter to journalism.