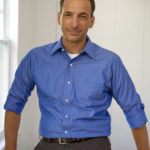 5 researchers who can help us understand how children succeed

When Paul Tough first began reporting on the skills that help children succeed both in and out of the classroom, he drew upon an already robust body of research on the subject. The scholars he turned to had looked at how adverse childhood experiences affected one group of kids attending a pediatric clinic in San Francisco, as well as how children’s classroom environments could help build noncognitive skills key to long-term success. In addition to this body of research, Tough was also influenced by studies that had been done on initiatives to help parents and teachers better support children growing up in adverse environments. Below, Tough introduces us to five researchers who influenced his work on “Helping Children Succeed”:

1. Nadine Burke Harris is now the surgeon general of California, but when I first met her a decade ago, she was a pediatrician running her own clinic in the Bayview Hunters Point neighborhood of San Francisco. Soon thereafter, she and a few colleagues published an important study on how children attending her clinic were affected by what researchers call adverse childhood experiences, or ACEs. Nadine’s study was built upon the original ACE studies by Robert Anda and Vincent Felitti, which traced how childhood exposure to trauma, neglect and family dysfunction negatively affect children’s health and well-being. Nadine’s group showed that ACE exposure had a big effect on children’s school performance as well.

2. Mary Dozier, a researcher in psychology at the University of Delaware, studies children who have experienced adversity. She is also the inventor of a parenting intervention called Attachment and Biobehavioral Catch-up, or ABC, which sends trained coaches into children’s homes to help support parents in creating a warm, responsive caregiving environment. (I was invited to sit in on an ABC coaching session while I was reporting “Helping Children Succeed.”) ABC makes a difference in the lives of children as well as parents: Dozier’s studies show that it increases young children’s rate of secure attachment and lowers their stress levels.

3. Phil Fisher helps lead the Center for Translational Neuroscience at the University of Oregon. He and his team created a video-coaching program for at-risk parents, called Filming Interactions to Nurture Development, that allows home visitors to film parents playing with their children. The footage is edited overnight to create short videos for parents that allow them to see, up close, the positive steps they are already taking to promote attachment and connection with their infant children.

4. Cybele Raver is a professor of psychology at New York University. In 2003, she launched the Chicago School Readiness Project, or CSRP, an intervention that trained and supported teachers in low-income pre-K classrooms. Using what Raver calls the “bidirectional model of self-regulation,” CSRP’s trainers promoted classroom management techniques to keep students calm and focused – and at the same time helped teachers develop their own mental health and sense of calm. An ongoing randomized trial of CSRP classrooms has shown improvements in students’ attention skills and impulse control, as well as their reading and math skills.

5. Camille Farrington is a researcher at the University of Chicago Consortium on School Research and the author of a groundbreaking 2012 study, “Teaching Adolescents to Be Learners,” that considered noncognitive factors like grit and perseverance not as inherent traits, but as the product of children’s environments. Students were more likely to persevere, Farrington found, if they heard consistent, persuasive messages that they truly belonged in their school environment and that, with effort, they could improve and succeed. Those messages might seem self-evident, but for too many low-income students, they are rarely encountered in school.

Left: When Paul Tough first began reporting on the skills that help children succeed both in and out of the classroom, he drew upon an already robust body of research on the subject.

How schools are coping with constantly changing landscape of COVID-19