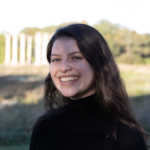 A lightning round with Ziwe, late-night’s newest host

Ziwe Fumudoh, who only goes by Ziwe, is known for putting her guests on the spot with direct questions about race and social issues. Now, she’s the host of her own late-night variety show, aptly named “Ziwe,” premiering May 9 on Showtime.

Ahead of the premiere, we had some rapid-fire questions of our own, starting with the set of “Ziwe,” which is utterly drenched in pink. Pink walls, pink chairs, pink fur coats. Why?

“It’s a deconstruction of masculinity in late night, as well as intellectual spaces,” Ziwe says, without skipping a beat.

Who is her dream guest? Kim Kardashian.

Her favorite thing about herself?

“My sense of humor. I don’t take anything seriously. For better or for worse,” she said.

Ziwe has been fine-tuning her interview style, which plays at the intersection of race and comedy, for years. Before getting her own show, the comedian wrote for series like “Desus & Mero” and “The Rundown With Robin Thede.”

Ziwe’s path to on-screen stardom also traces back to YouTube. “Baited With Ziwe” featured interviews with fellow comedians, in which Ziwe would try to trick them into saying something racist or problematic. The show was all in good fun, but the discomfort was real.

Early last year, the pandemic prompted her to try a new interviewing medium: Instagram Live. Ziwe’s real-time questions sought to have genuine — though still funny — conversations about race with her guests. She was no longer tricking people. They were volunteering their answers.

I ask Alison Roman to name 5 Asian people and it is a… struggle pic.twitter.com/IOBEEl6iCW

“Can you name five Asian people?” Ziwe bluntly asked Alison Roman in their interview. Roman, facing backlash for her criticism of two Asian women — lifestyle influencer Chrissy Teigen and decluttering guru Marie Kondo — had trouble answering the question. For Ziwe, these moments aren’t about finding the “right” answer to her questions, but about what we learn from how people try to answer them.

“I think that that sort of inability to win really sets the stage for a really compelling conversation about race, because suddenly any response that you give is not only wrong, but it just is more reflective of what of your inner ideas and inner monologue,” Ziwe told the PBS NewsHour’s Amna Nawaz.

Roman “is not an anomaly. She is more reflective of this trend of liberal people,” she said. “Instead of villainize her in particular, it’s better to really talk about the society and the constructs that allow us to talk about race in this way.”

Watch the PBS NewsHour’s full interview with Ziwe in the coming days.