With agoraphobia as a lens, woman ‘photographs’ the world

In a typical day as the “Agoraphobic Traveller,” Jacqui Kenny may see Mongolian mountains, brightly-colored houses in Arizona and a plain in Kyrgyzstan — all from the safety of her home.

Eight years ago, Kenny was diagnosed with agoraphobia, an anxiety disorder characterized by a fear of situations where escape might be difficult. Approximately 1.8 million adults in the U.S. have agoraphobia, which may lead them to avoid public or open spaces. In Kenny’s case, it has hindered her ability to travel to places far away from her home in London — but she has recently expanded her horizons with a project to “photograph” locations using Google Street View, a tool that allows users to place themselves at street level in various locations. 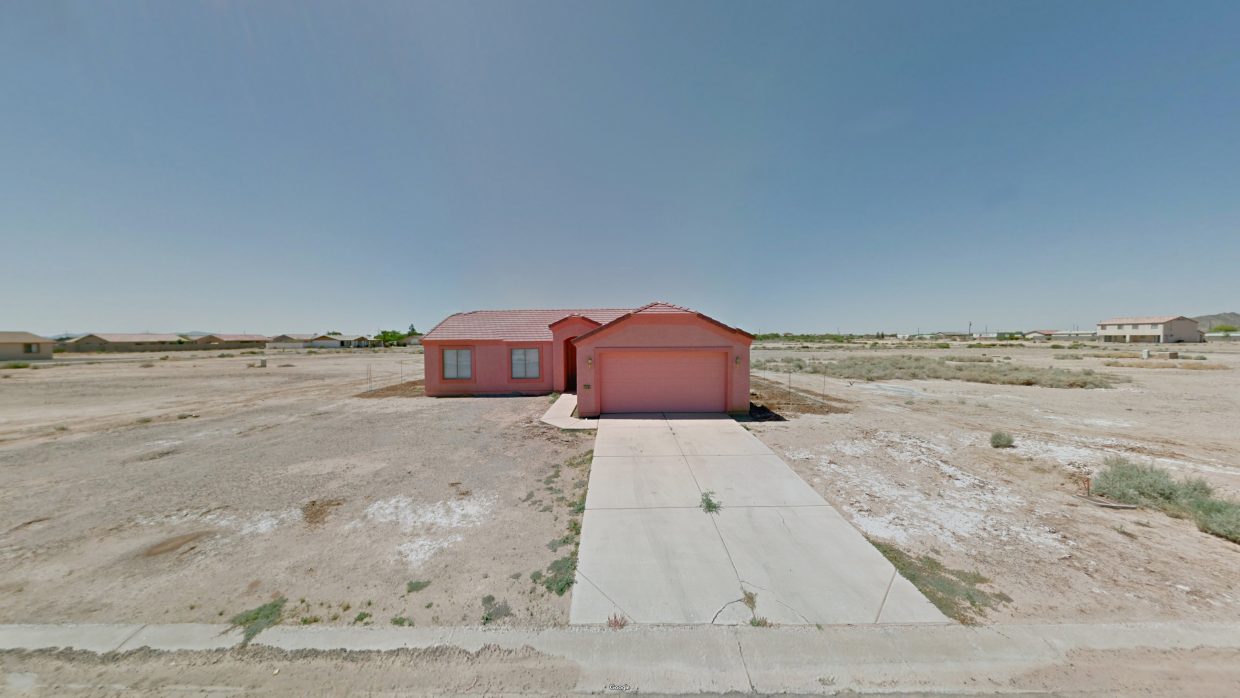 Kenny, who co-founded the marketing and advertising company The Rumpus Room and worked as its creative director until it shut down in 2015, began exploring on Google Street View a year ago and took screenshots of the places she saw. “I wasn’t sure what I was going to do with it. I just took a few pictures, and didn’t think much of it,” she said.

But she showed them to her sister, who loved the shots and encouraged her to continue. Now, she’s taken more than 25,000 screenshots, Kenny said.

To create the compositions, Kenny may spend hours on Google Street View searching for a compelling subject. Once she’s found it, she’ll experiment with screenshots from a number of angles. “It’s very hard to get a clean shot because of the nature of Google Street View, you’ve usually got cars or something in the way,” she said. 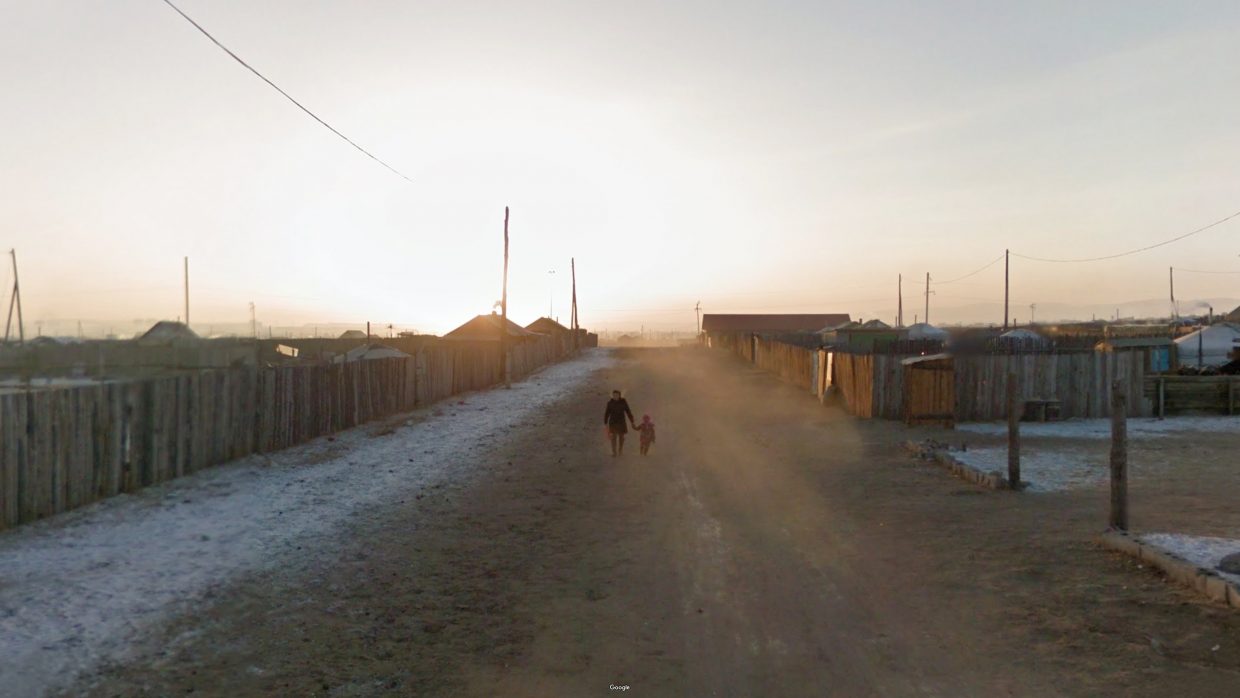 When the shot is composed, she’ll post it to Instagram, where thousands of people follow her page “Agoraphobic Traveller.” She usually keeps color-correcting and filters to a minimum.

In the caption of each photo, Kenny will describe the location, sometimes providing additional links to other Google Street View scenes in the area. 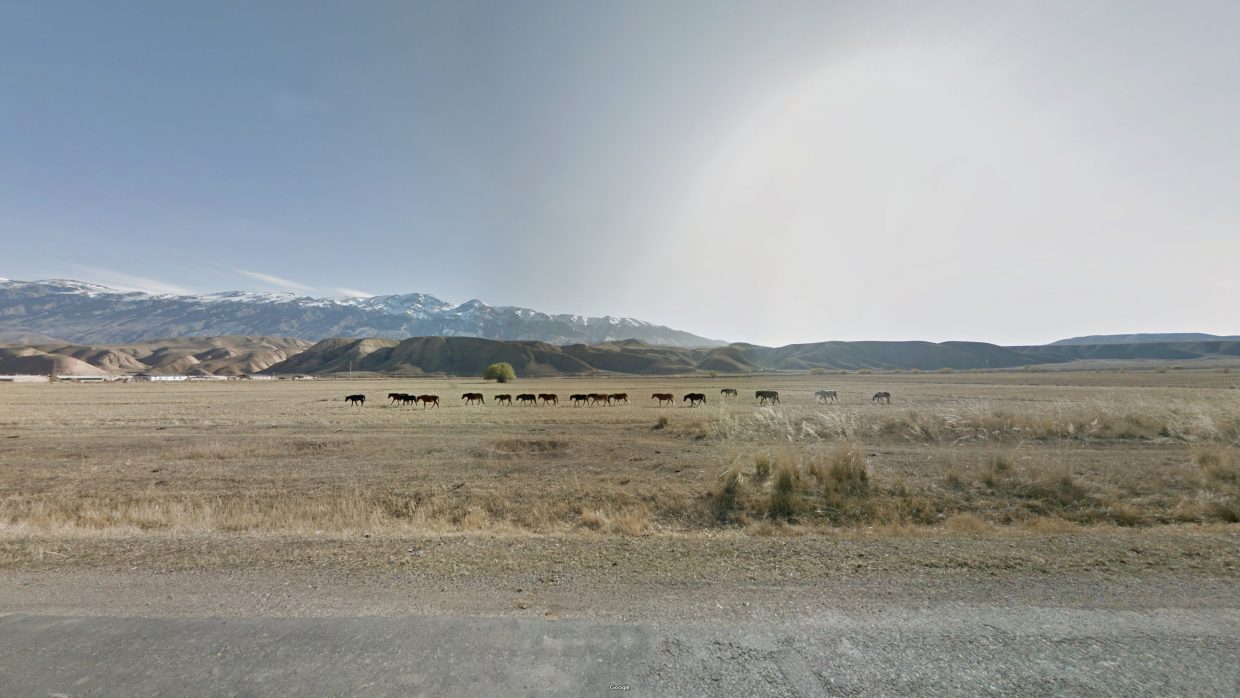 A view from the Naryn region of Kyrgyzstan. Photo by Jacqui Kenny/Google Street View

At first, she was “just looking at places randomly” to find subjects, she said. But after experimenting with a number of landscapes, Kenny found herself drawn to desert settlements in the U.S. and South America, along with central Asian countries like Mongolia, which she said was her favorite place to view.

“After a while, I worked out what kind of places I love to go to, and they were places that are very remote, especially desert towns and mining towns,” she said.

Often those are also places where she would not be able to travel in person. “With agoraphobia, travel is very difficult for me. I get quite anxious being too far away from my comfort zone,” she said. With Google Street View, “I was just amazed that I could not only go and look at these places, I could actually use my love of photography and curating. I suddenly kind of found a creative outlet to kind of express my creativity and how I see the world.” 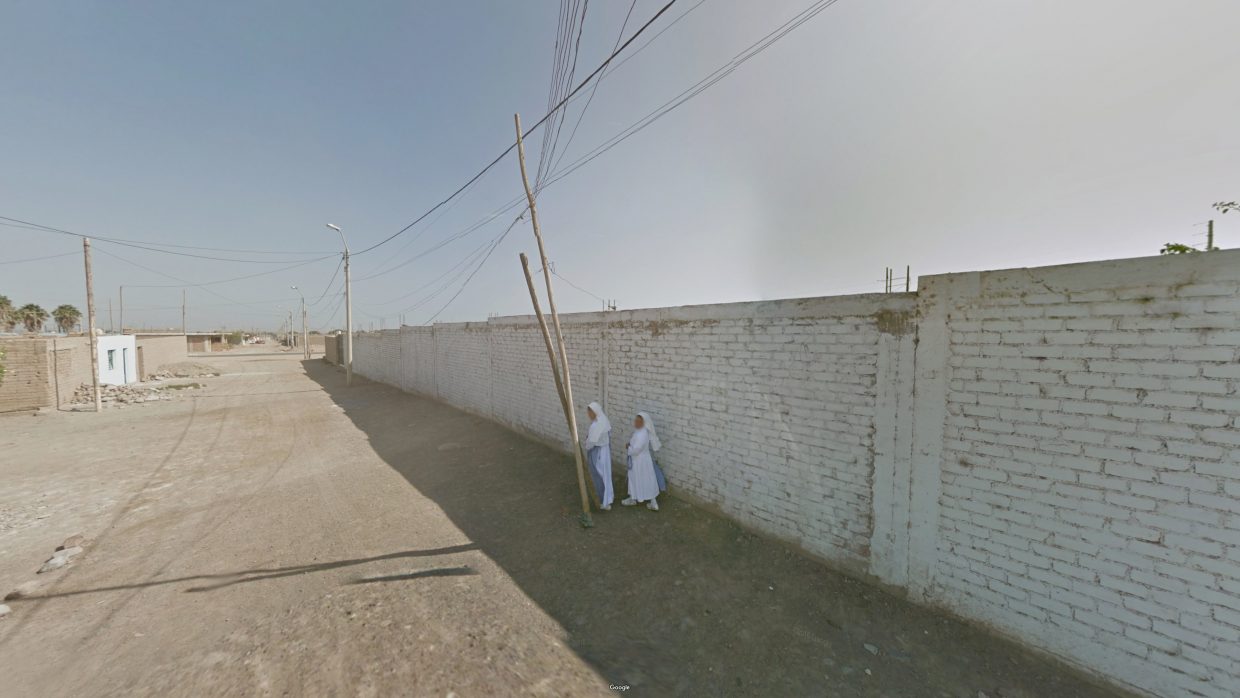 The Quilmaná District of the province Cañete in Peru. Photo by Jacqui Kenny/Google Street View

Other people who have agoraphobia and related anxiety disorders have sent her messages to express support for the project. Kenny said she wants to use the platform to correct misconceptions about agoraphobic people, such as the idea that they are house-bound. “There’s quite a misunderstanding” about how the disorder affects people, she said.

And, in the process, she can “do things I don’t think I normally would have been able to do,” she said. “This way, I get to see remote places, amazing places.”

See more photos from the project below. 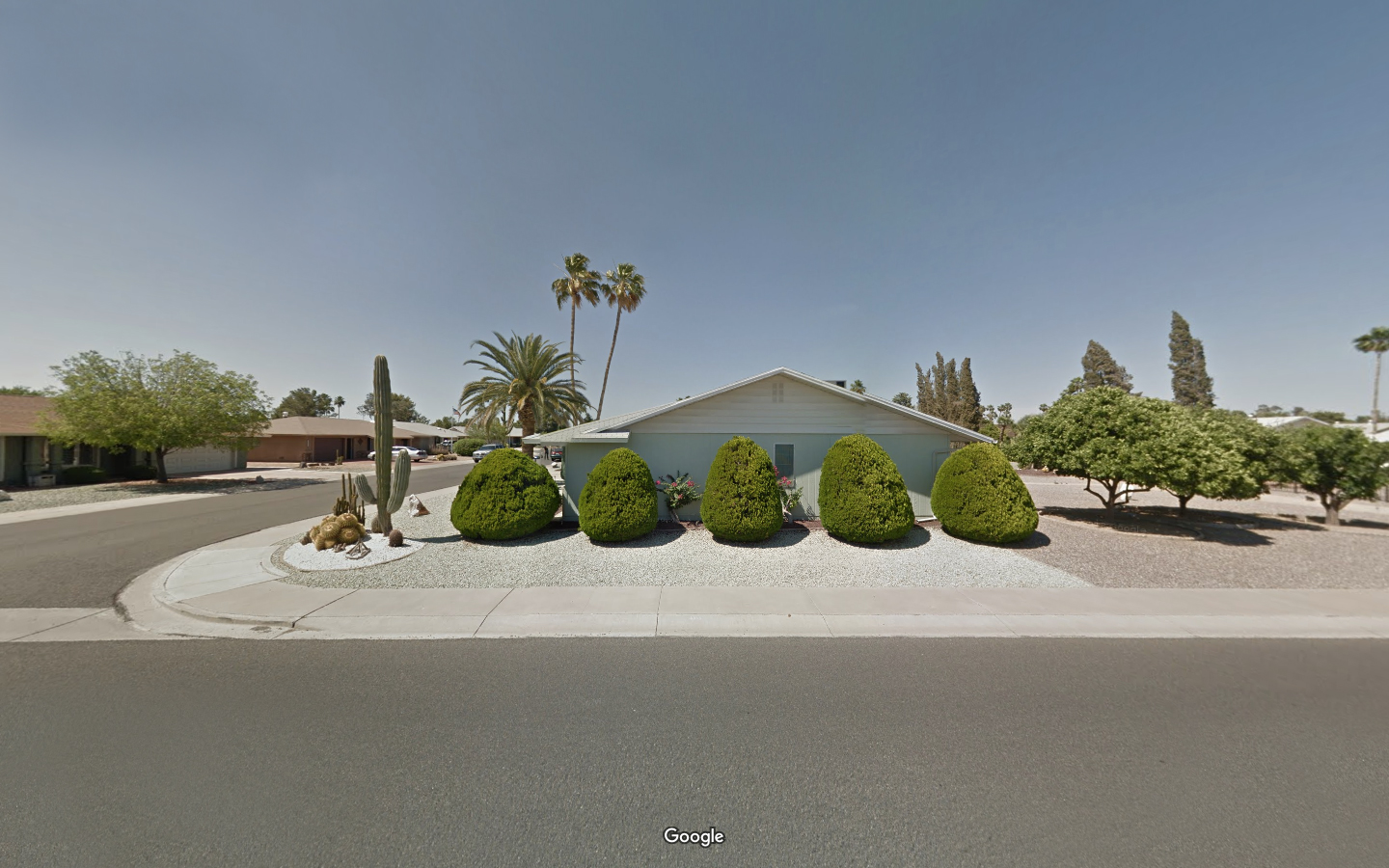 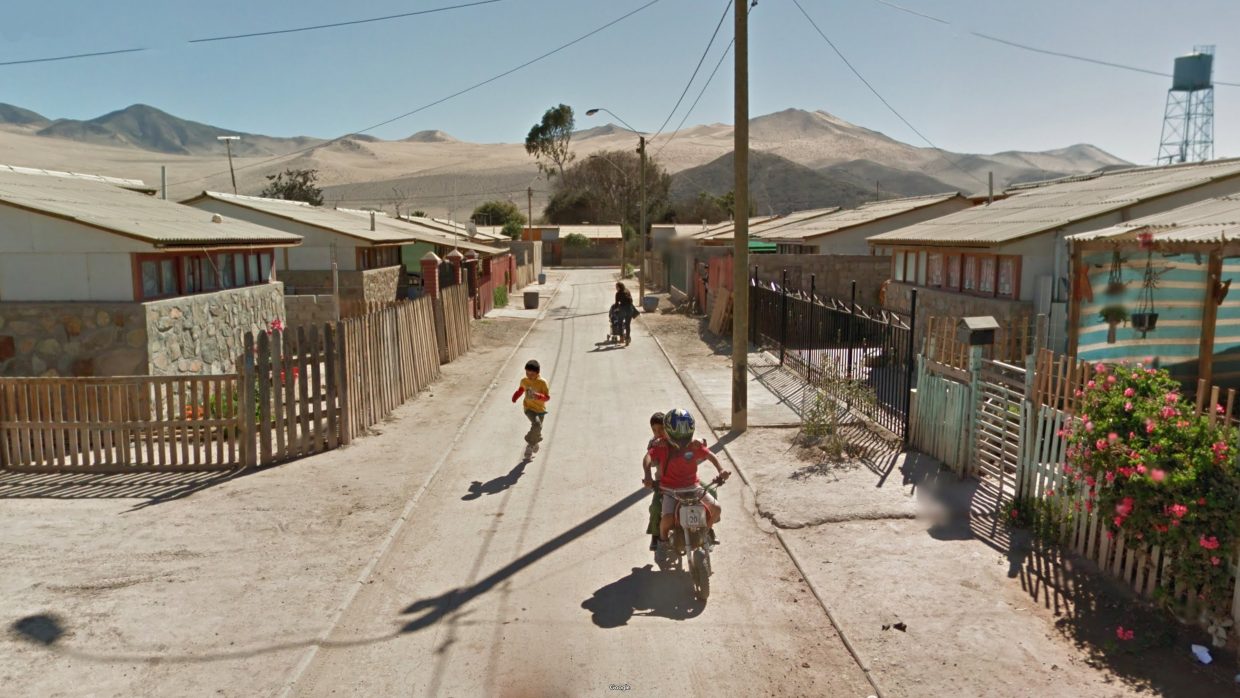 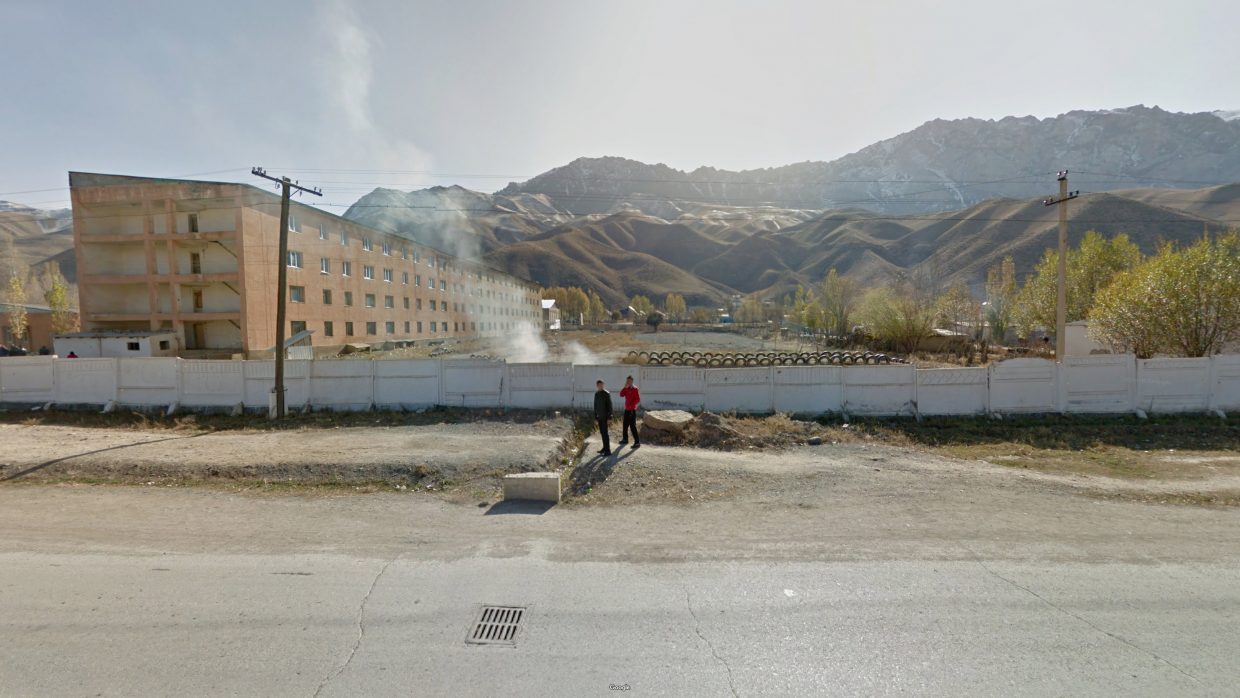 A view from the Naryn region of Kyrgyzstan. Photo by Jacqui Kenny/Google Street View 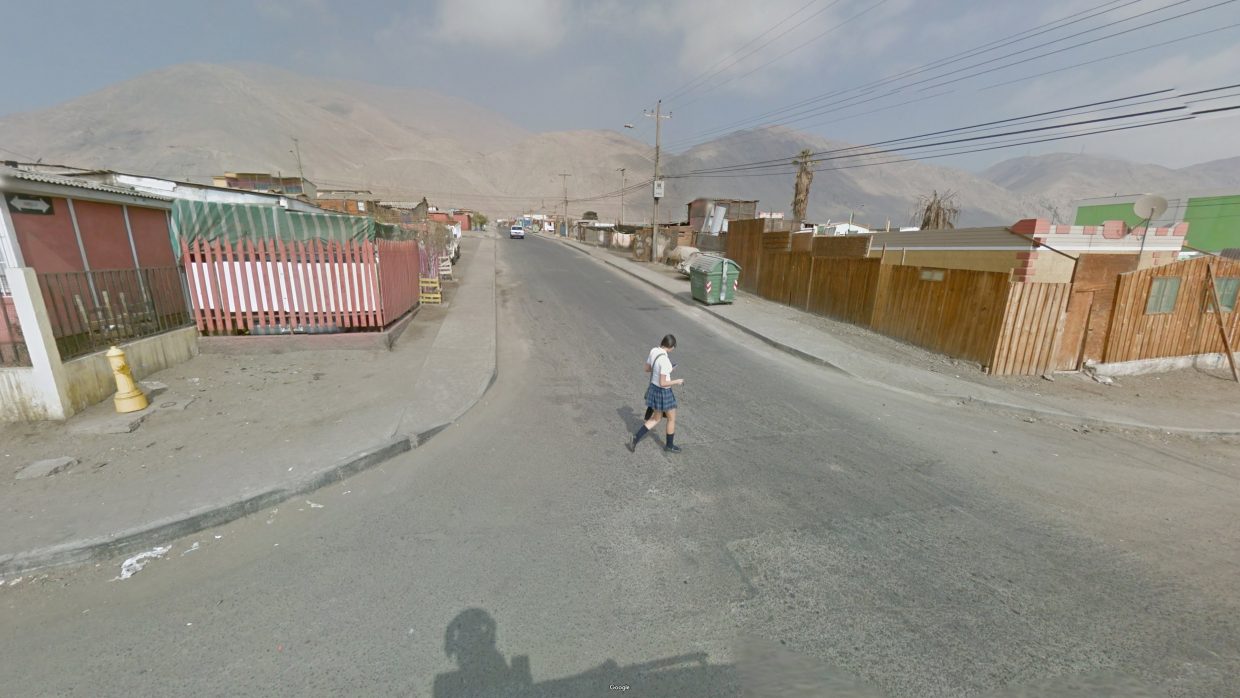 A view of a street in the Antofagasta Region in Chile. Photo by Jacqui Kenny/Google Street View