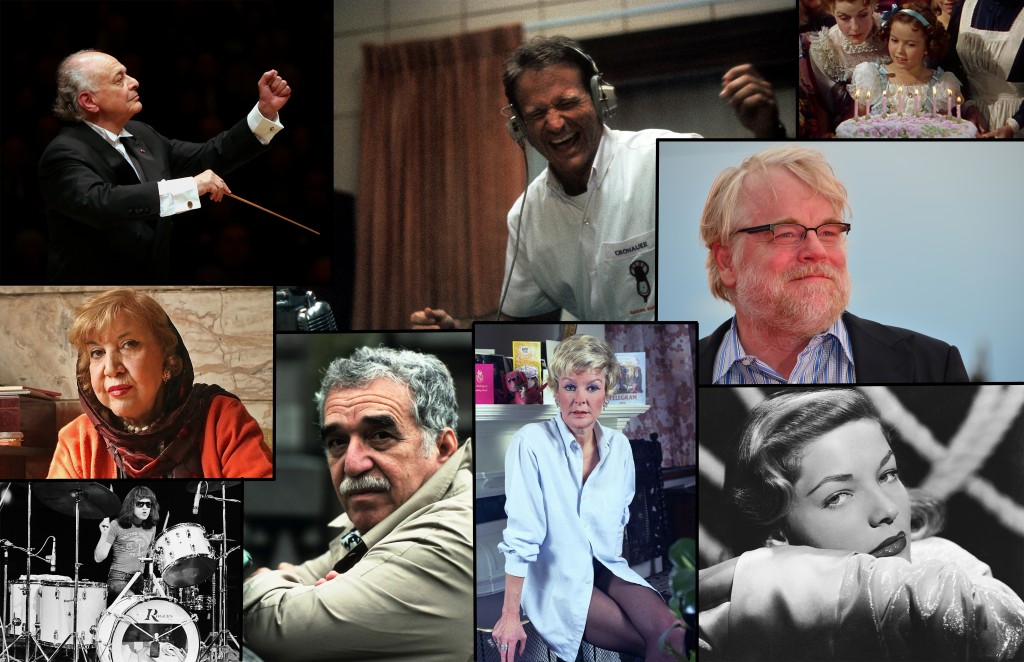 As the hours tick down to 2015, here at Art Beat we offer a final look at some of the artists we lost over the last year, whose lives and legacies are worth another goodbye. From musicians, to authors, poets, actors and comedians, many important figures died in 2014 — and many of whom we had the chance to talk to during their lives.

Our list below is in chronological order of their death. We know there were many others who made a mark on the world but didn’t make it on to this list. 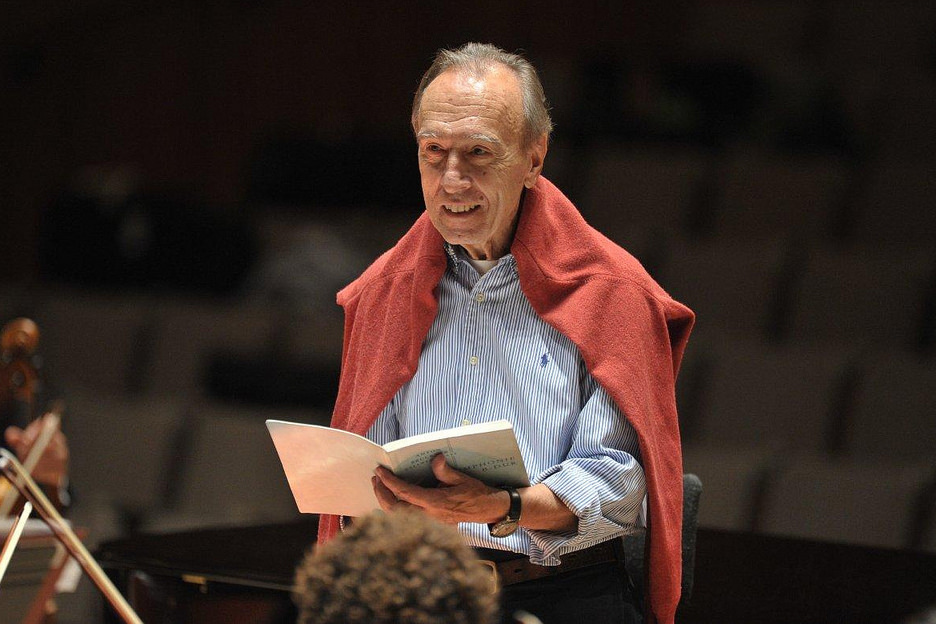 While lauded for his extraordinary skills, Italian conductor Claudio Abbado was noted for his humility. “The term ‘great conductor’ has no meaning for me. It is the composer who is great,” Abbado said.

Juan Gelman, Argentine poet who fought against a military junta, dies at 83 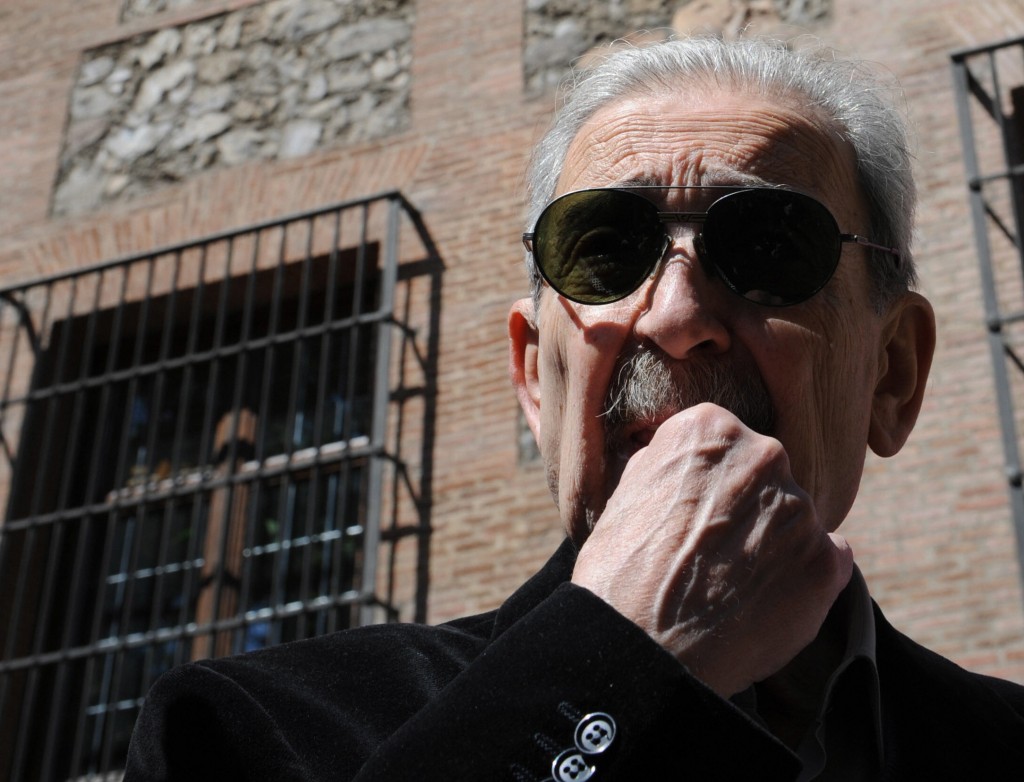 Argentine poet Juan Gelman knew that words could be more powerful than guns. He used poetry to connect with his compatriots while Argentina suffered at the hands of a brutal military junta. Jeffrey Brown spoke to Ilan Stavans, a writer and professor of Latino culture at Amherst College.

Remembering Pete Seeger, 94, who made music to unite people 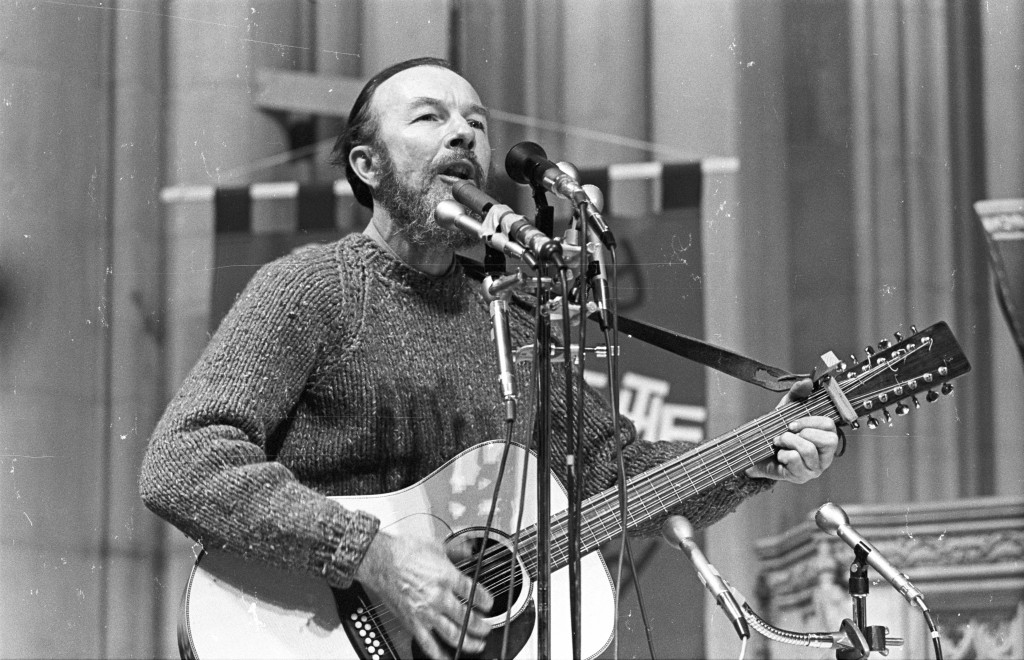 A central figure of American music, Pete Seeger touched the lives of generations with his long list of folk and protest songs that became cultural landmarks of various social movements. Jeffrey Brown talks to Peter Yarrow, friend of Peter Seeger and member of the folk group “Peter, Paul and Mary,” for more on Seeger’s influence. 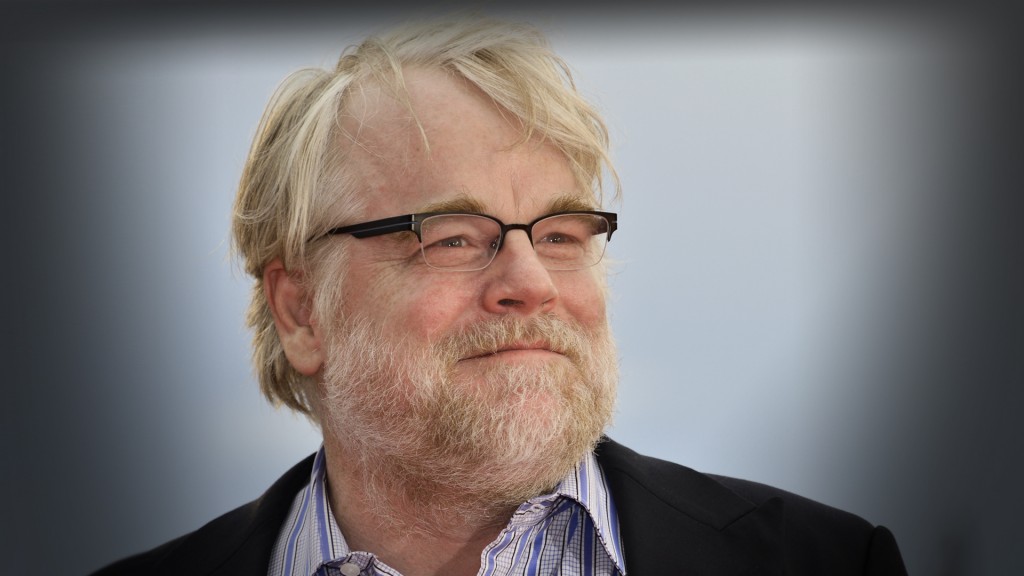 Actor Philip Seymour Hoffman, 46, defied ever being typecast. He played a detestable antihero and a brown-nosing manservant with equal skill and conviction. Jeffrey Brown talks to The Washington Post’s film critic Ann Hornaday about Hoffman’s honesty on screen, which she says was key to his connection with moviegoers. 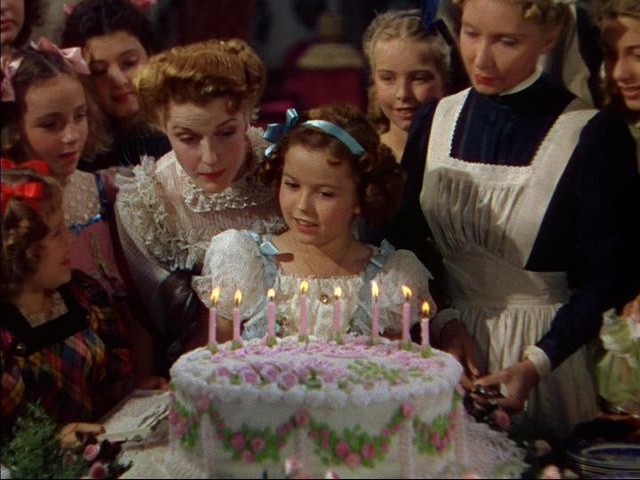 Shirley Temple Black, former child actress, singer, dancer, ambassador and chief of protocol of the United States, died at age 85. Born Shirley Temple, Black was enrolled in dance classes by her mother at age three. By age six she would be a Hollywood superstar — a welcome distraction for the American public from the bleak days of the Great Depression. 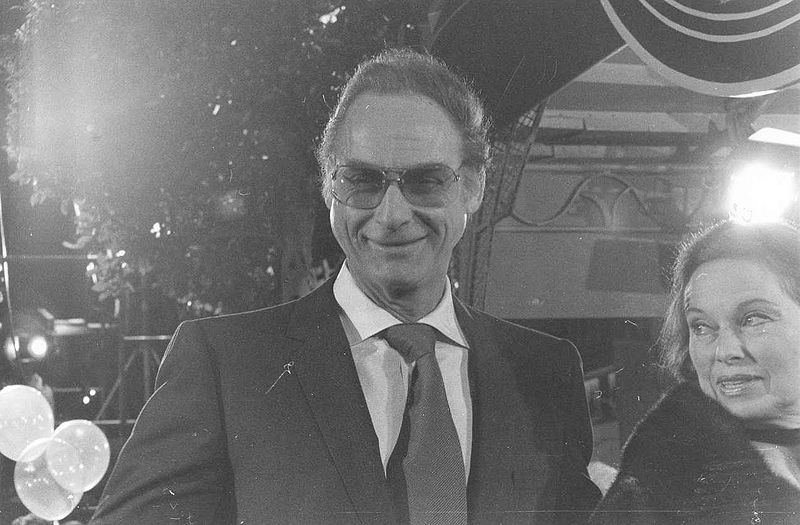 Before there was Saturday Night Live, there was “Your Show of Shows,” and Sid Caesar was its featured star. With writers like Mel Brooks, Woody Allen and Carl Reiner, Caesar had the best material to entertain American television audiences every Saturday evening. 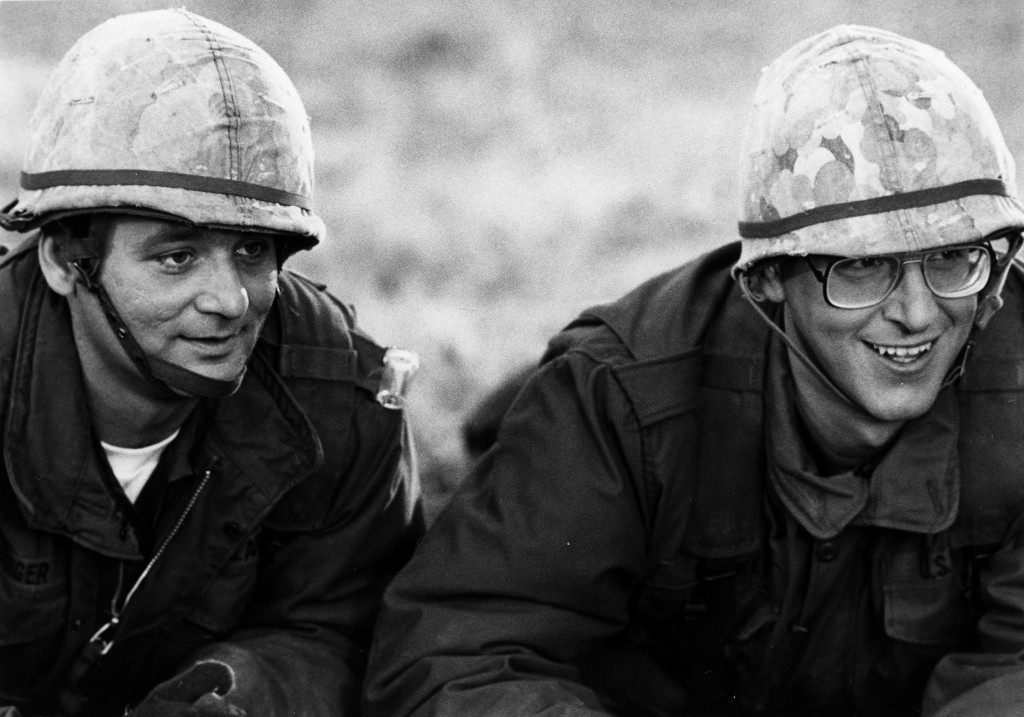 Harold Ramis, an actor, writer and director who inspired a generation of comedic performers and filmmakers with movies like “Ghostbusters” and “Stripes,” died of a rare autoimmune disease. Raised in Chicago, Ramis was the head writer for and a performer in the sketch TV show Second City Television in the late 1970s. He got his big break in the movie industry writing “National Lampoon’s Animal House,” followed by “Caddyshack,” “Groundhog Day,” and “Analyze This,” among others, all of which he directed and co-wrote.

Mickey Rooney, irrepressible performer who spent his life on stage and screen, dead at 93 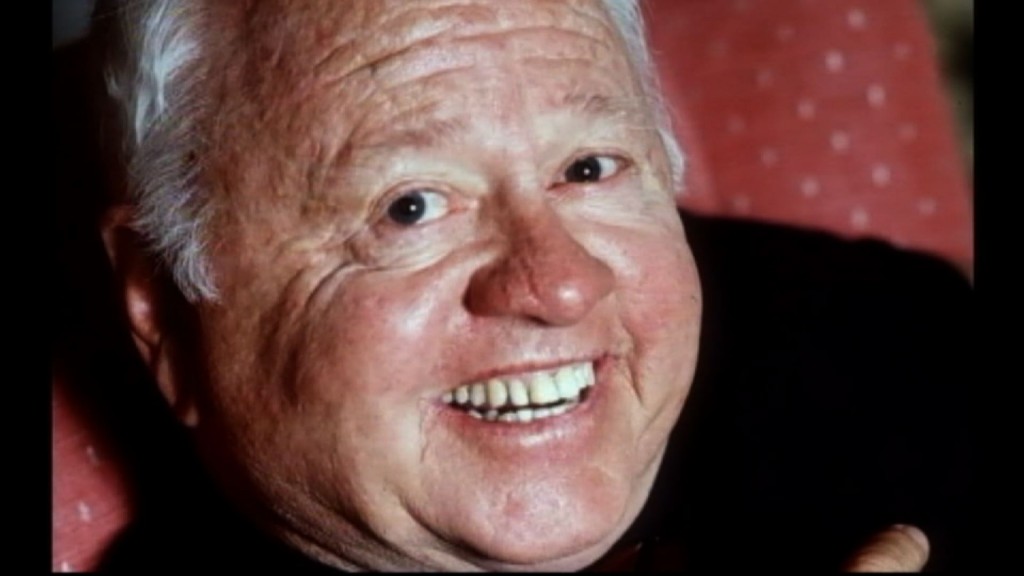 Mickey Rooney’s career as an entertainer began while he was a toddler and lasted for nine decades. He was Hollywood’s top box office star by his teen years, and his hit movies included “Boys Town,” “It’s a Mad, Mad, Mad, Mad World” and “The Black Stallion.” Jeffrey Brown looks back on the life and career of the prolific performer. 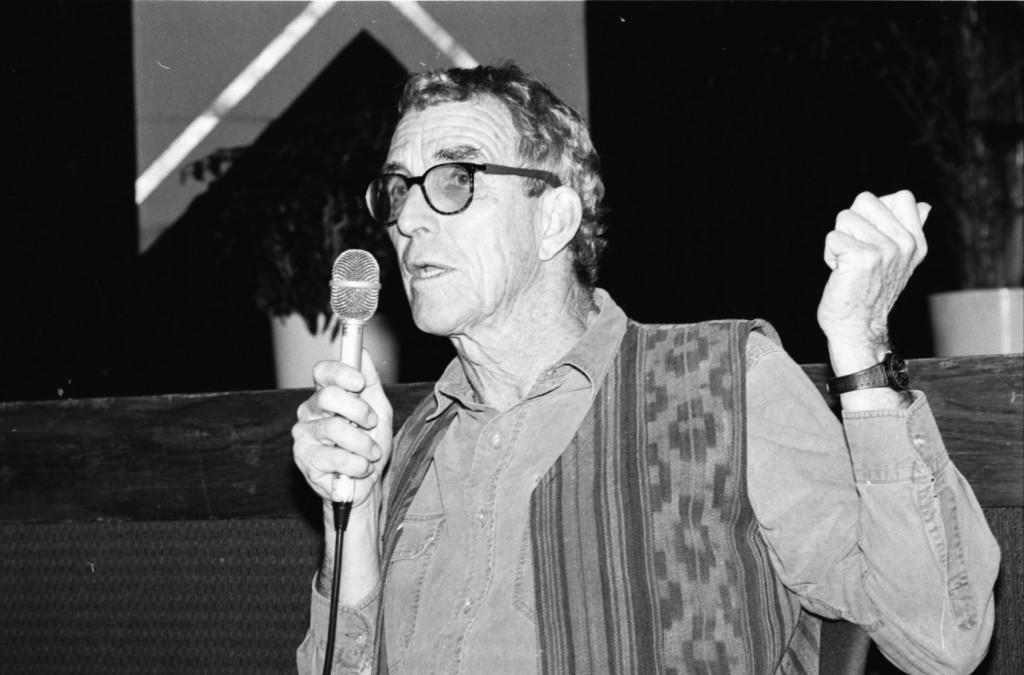 Peter Matthiessen was a co-founder of The Paris Review, an author of more than 30 books, and winner of the National Book Award in both fiction and non-fiction. He succumbed to leukemia at the age of 86, just days before his final novel was published. In 2008, Jeffrey Brown interviewed Matthiessen about his acclaimed work “Shadow Country.”

Remembering Gabriel Garcia Marquez, storyteller who resonated with readers around the world 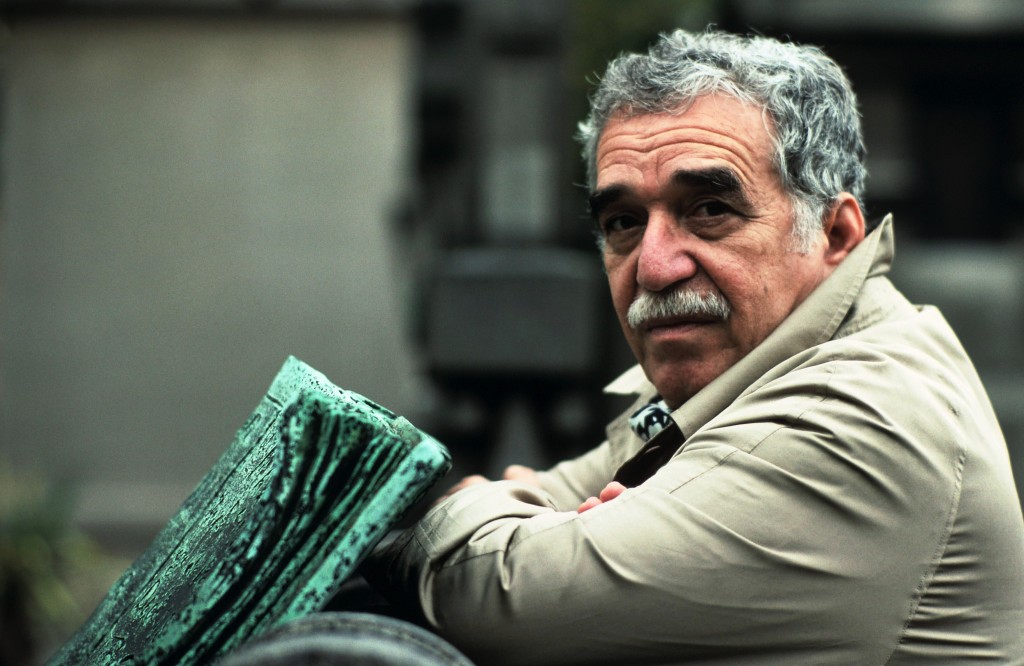 Spanish-language author and Nobel laureate Gabriel Garcia Marquez, 87, drew worldwide admiration for the poetic style and magical realism of his many novels and stories. Hari Sreenivasan talks to writer William Kennedy, a long-time acquaintance of Marquez. 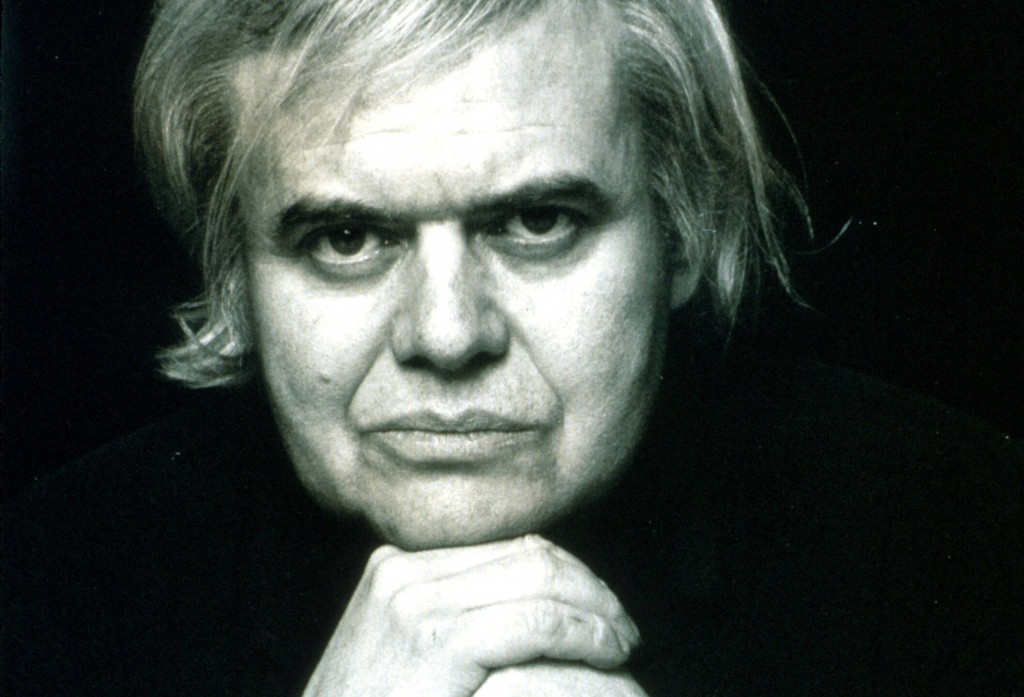 Artist, surrealist and sculptor H.R. Giger, known for designing the titular creature that first came to life in the 1979 horror film “Alien,” died at the age of 74. 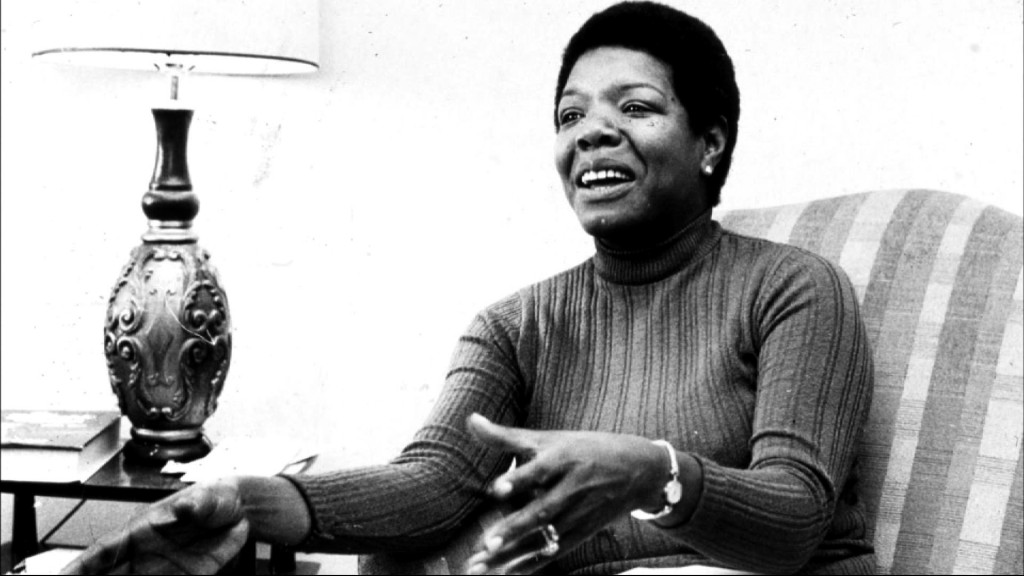 Drawing on a childhood of abuse and segregation, writer and author Maya Angelou moved the nation. Works such as her 1978 poem “And Still I Rise” explored the effects of racism and sexism on personal identity, with a voice that married oral and written literary traditions. Jeffrey Brown discusses why Angelou’s literary voice resonates so profoundly with Elizabeth Alexander of Yale University. 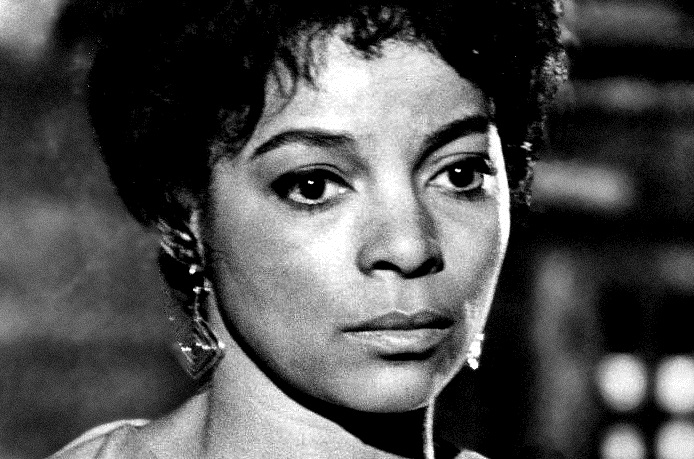 Ruby Dee was not only a star on Broadway stage and the silver screen, she was also a civil rights activist. In 1961, she appeared alongside Sidney Poitier in “A Raisin in the Sun.” The winner of an Emmy, Grammy and Screen Actors Guild award, Dee was also nominated for a Golden Globe for her role in “American Gangster” in 2007 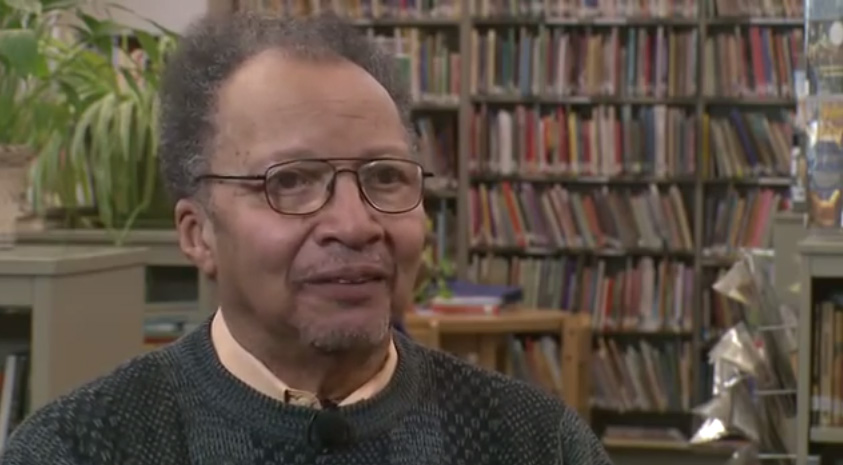 End of an era: Last surviving member of the Ramones is dead 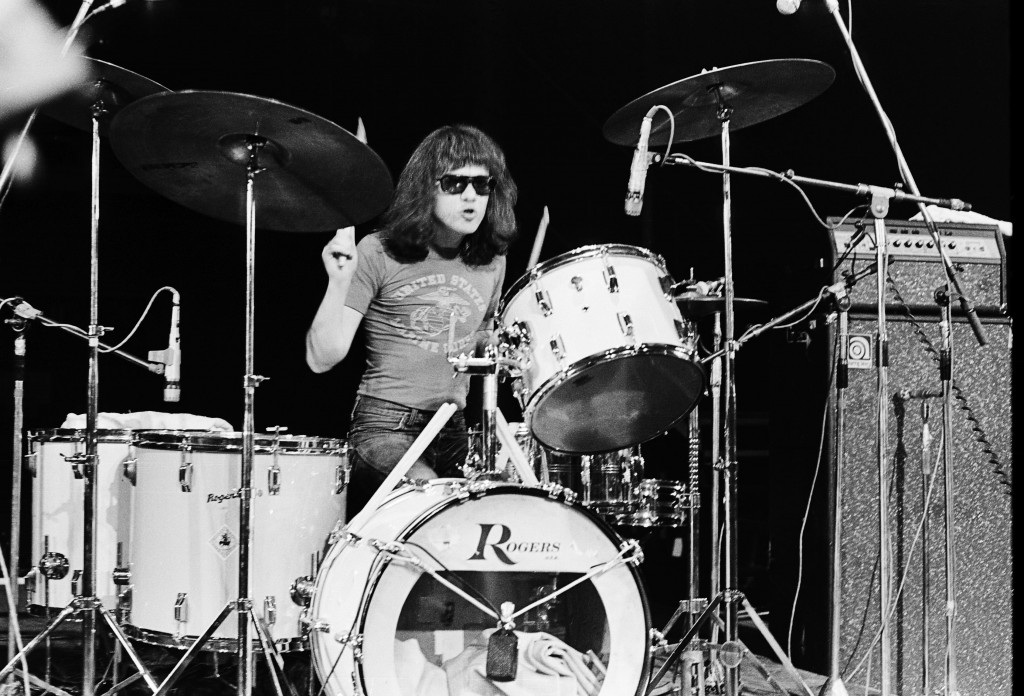 The last surviving original member of the punk band the Ramones, Tommy Ramone, died at 65 years old. Ramone, a drummer, was a co-founder of the band in 1974. 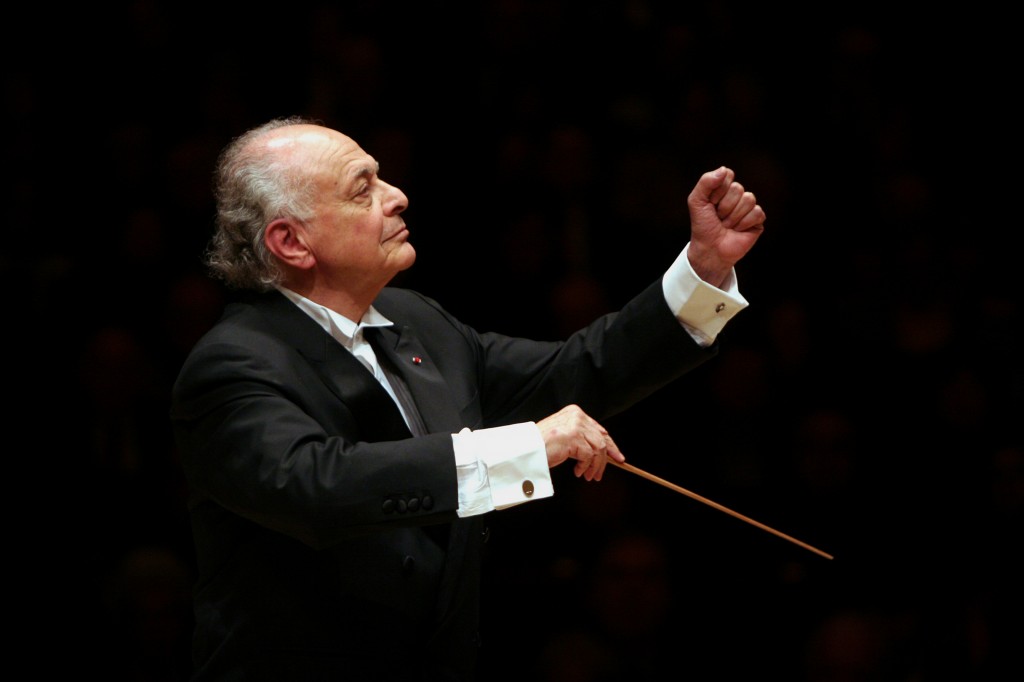 Conductor, composer and former child prodigy Lorin Maazel died at his home in Virginia at the age of 84. A conductor from the age of nine, Maazel directed the Munich Philharmonic, the Cleveland Orchestra and the New York Philharmonic over the course of his career.

Nadine Gordimer, 90, Nobel-winning novelist who spoke out against apartheid 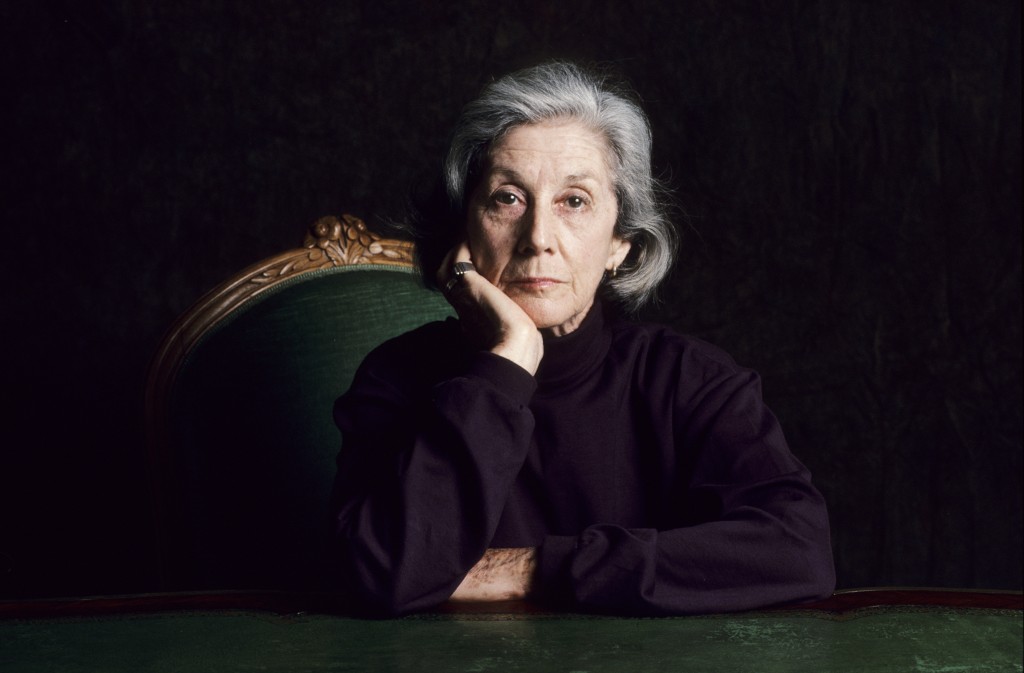 Nadine Gordimer has died at the age of 90 at her home in Johannesburg. The Nobel Prize-winning writer and anti-apartheid activist used her pen to write damning indictments of South Africa’s racial segregation. We look back at Charlayne Hunter-Gault’s 1987 interview with Gordimer about the prospect of having another book banned by the government. 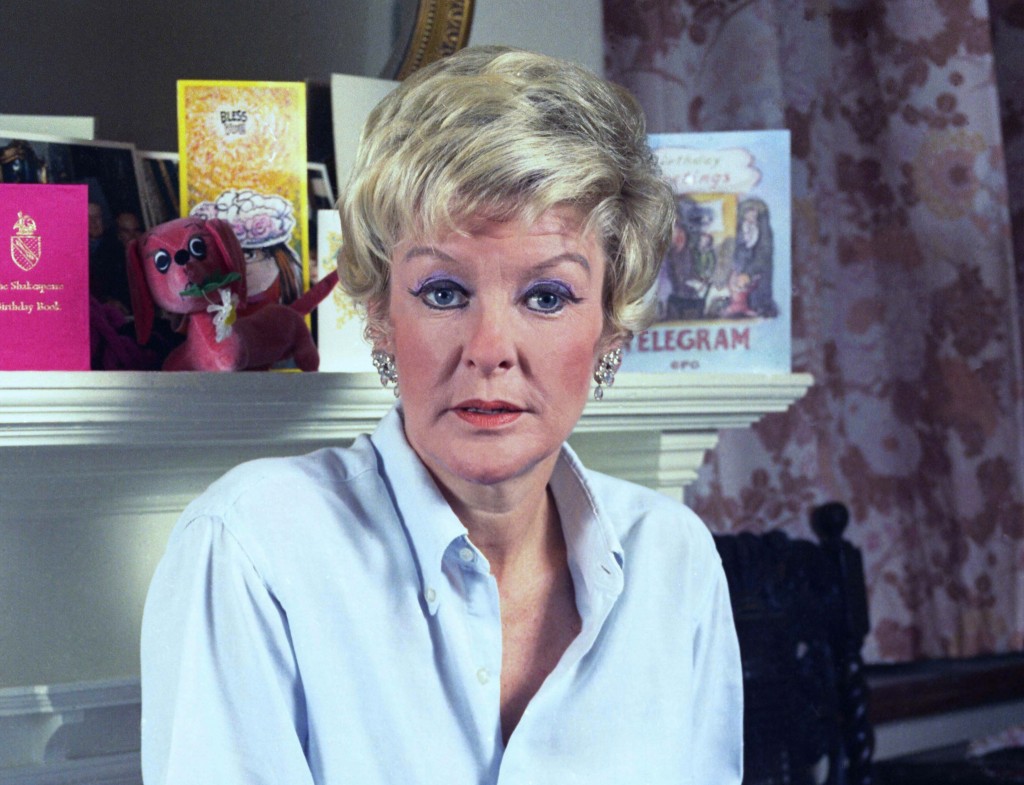 Cabaret legend and Broadway mainstay Elaine Stritch died in her Michigan home at the age of 89. Known for a legacy that spanned seven decades, including stints on several television shows and films, the husky-voiced actress was meant for the stage. She made her New York stage debut in 1944, starring in the children’s play “Bobino,” and was Ethel Merman’s understudy in the 1950s show “Call Me Madam.” 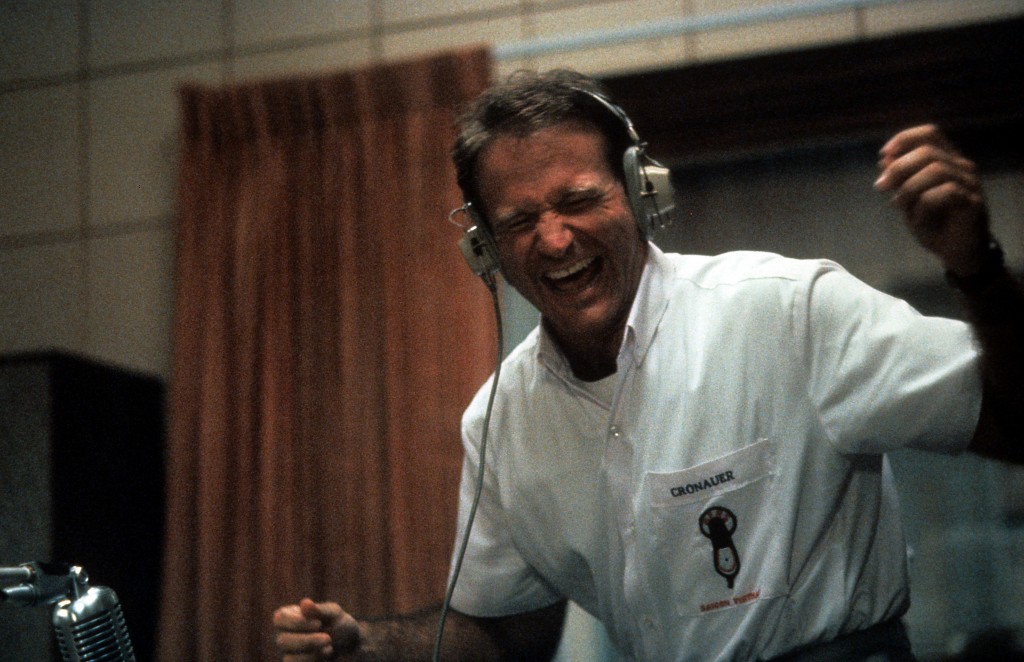 Comedian and actor Robin Williams brought wit, speed and energy — as well as dramatic depth — to the wide array of roles he played throughout his career. Jeffrey Brown looks back at the “exuberance, sweetness and generosity” of William’s talent, as well as his battle with depression, with A. O. Scott of The New York Times and Budd Friedman, founder of Improv Comedy Club.

Lauren Bacall, 89, lit up stage and screen with glamour and strength 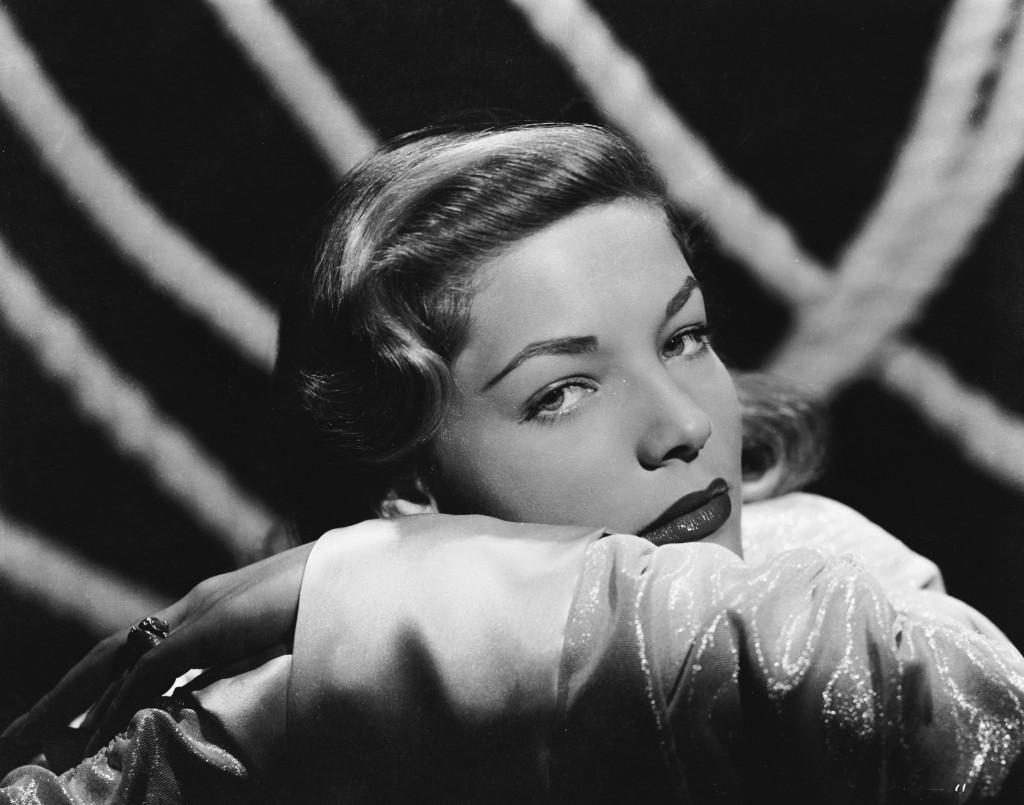 Actress Lauren Bacall, who leapt into fame alongside Humphrey Bogart at the age of 19, embodied flinty, female independence as well as old Hollywood glamour. Ann Hornaday of The Washington Post joins Jeffrey Brown to recall Bacall’s mature screen presence, her infamous romance with Humphrey Bogart and the roles and directors that shaped her career. 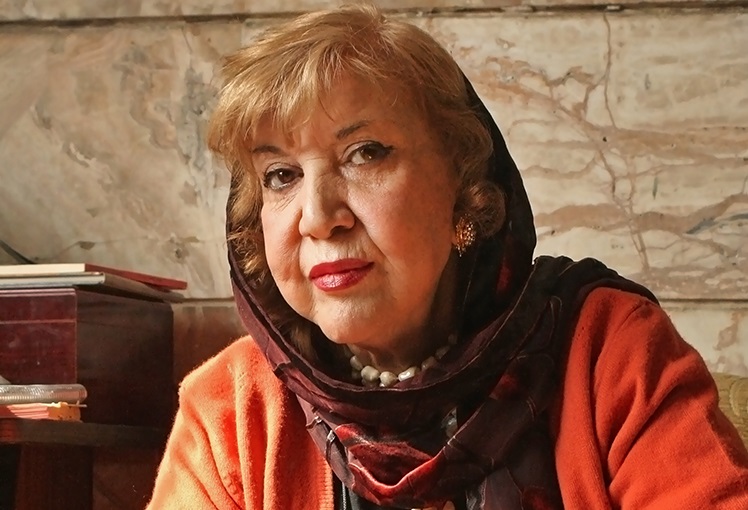 Iran’s national poet Simin Behbahani was an iconic figure of modern Persian literature, affectionately referred to as “the lioness of Iran” by the literati of a country that treasures poetry as its national scripture. 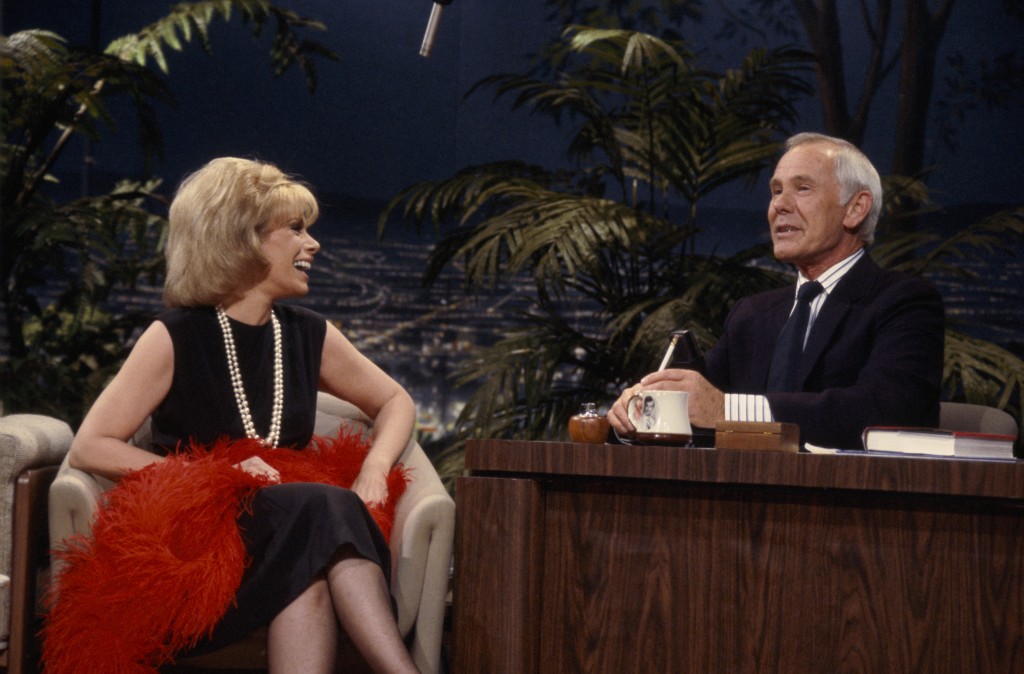 As a pioneer for women in comedy, the unapologetically crass Joan Rivers made friends with comics and celebrities alike. Judy Woodruff speaks with broadcast journalist Barbara Walters, who laments the loss of her friend and performer who “loved what she did.” 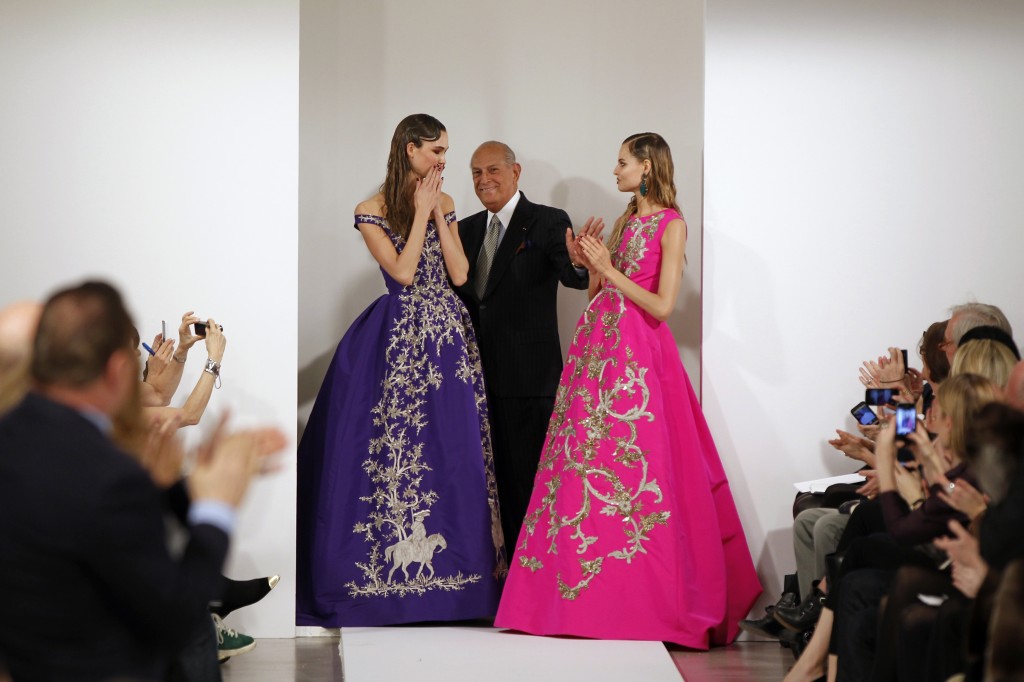 Designer Oscar de la Renta, who designed gowns for public women of all ages, died Monday at the age of 82. Known for elegant cuts and bright colors, de la Renta defined American style for more than a quarter of a century. 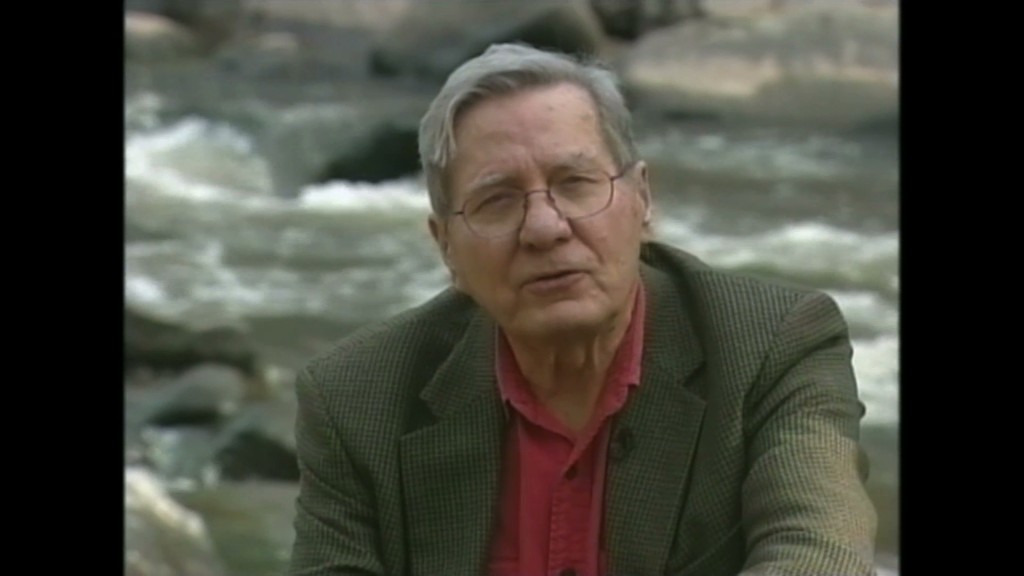 American poet Galway Kinnell, whose work emphasized the ordinary over the fantastical, received the Pulitzer Prize and National Book Award in 1983 for “Selected Poems.” Later, he received the MacArthur Genius Fellowship in 1984 and became Vermont’s poet laureate from 1989 to 1993. A World War II vet and anti-war activist, Kinnell’s work didn’t shy from addressing social issues. He was influenced by Walt Whitman and sympathized with common folk in his poems, often pointing toward nature as a source of solace from the social ills of the day. 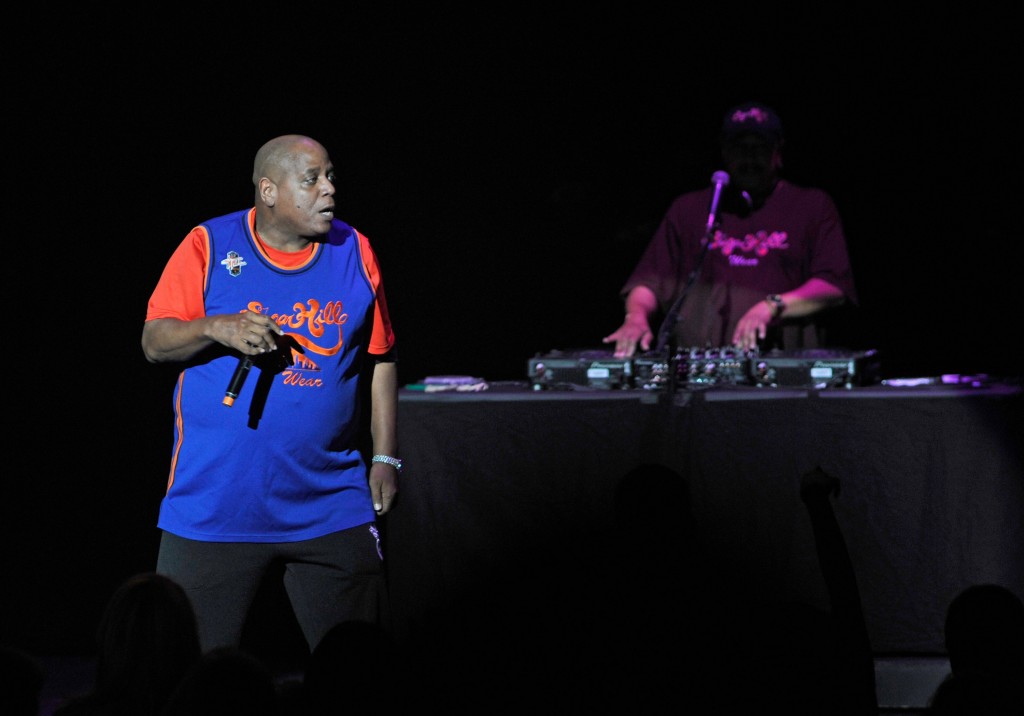 In his own words, Henry Jackson — or Big Bank Hank — was a Casanova. He was six foot one, and tons of fun. That was his self-introduction in Sugarhill Gang’s 14-minute “Rapper’s Delight,” a song that borrowed from disco and was one of the first to bring hip hop into the mainstream. Jackson died of complications from cancer at 57 years old. 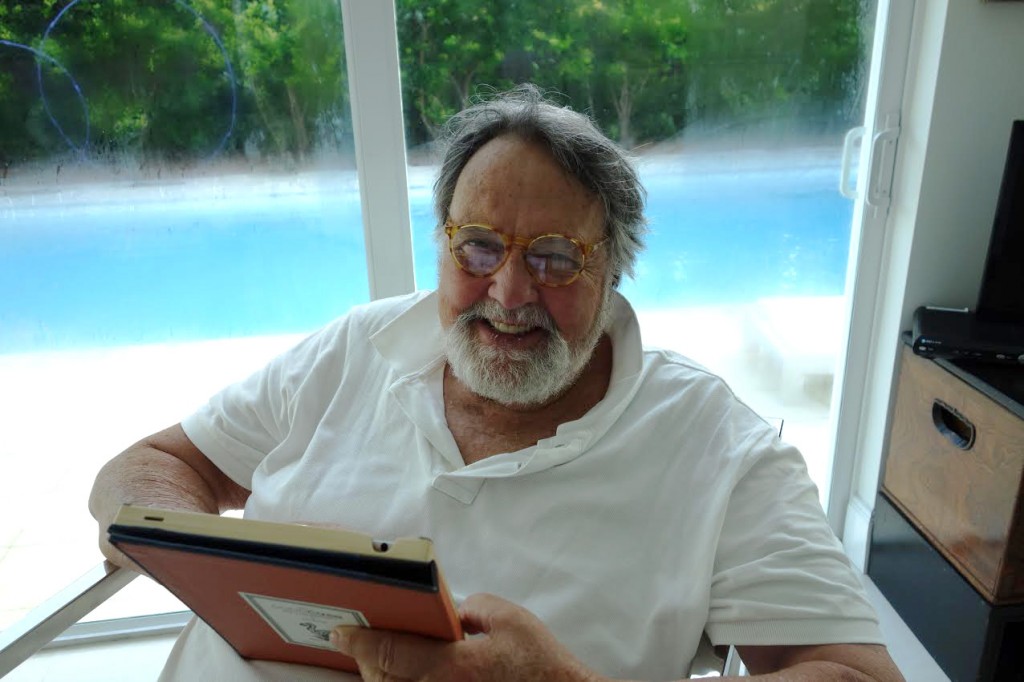 R.A. Montgomery was dedicated to experimenting with role-playing concepts that taught kids basic math and cultural sensitivity. That educational mission to use fiction to explain real-world experiences, like the 1970s energy crisis, would go on to inform a popular book series that sold more than 250 million copies across 200-plus titles since 1979. 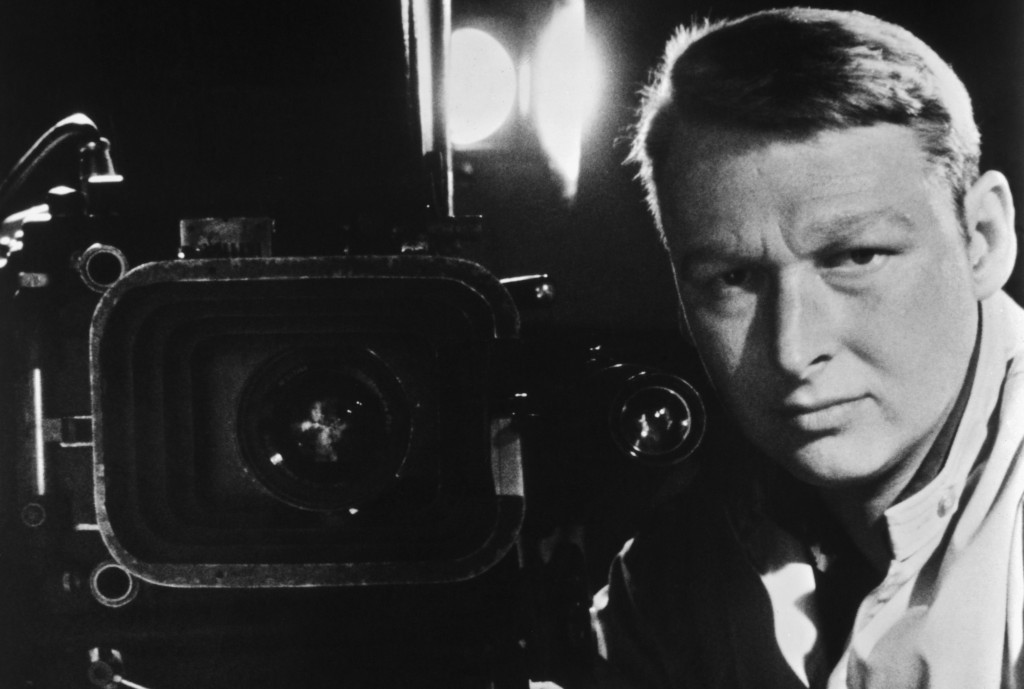 Mike Nichols, a prolific figure in theater and film, directed numerous American classics, including “Who’s Afraid of Virginia Woolf?” and “The Graduate,” a film known for its commentary and influence on American life. Nichols, who arrived in the U.S. at 7 years old after fleeing Nazi Germany, was the winner of an Oscar, a Grammy, 9 Tonys and 4 Emmys. Jeffrey Brown looks back at Nichols’ career. 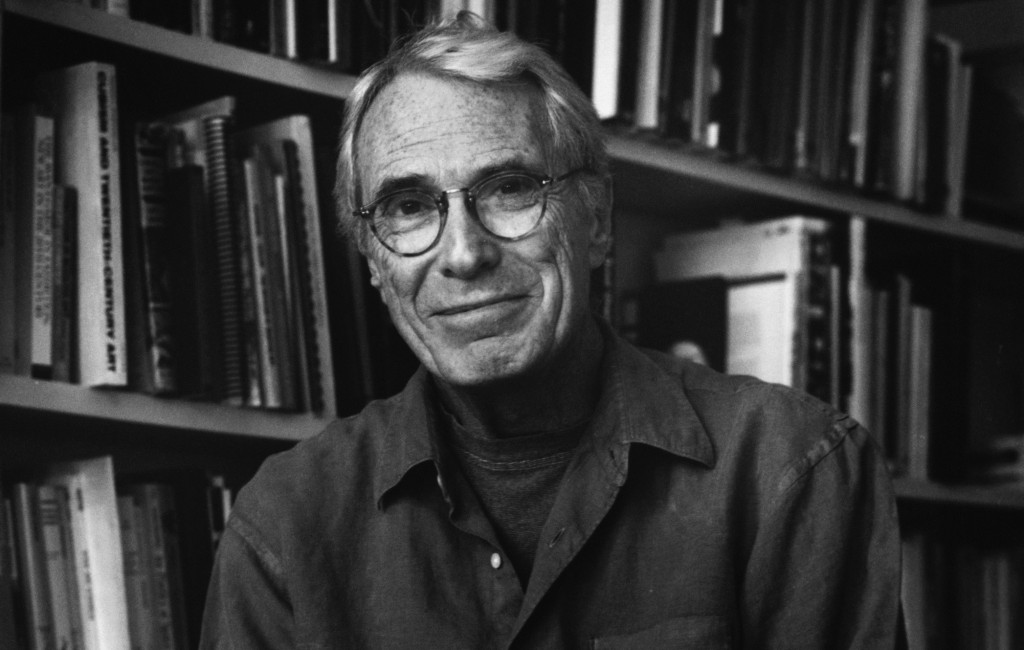 Mark Strand was a Pulitzer Prize-winning poet, a former U.S. poet laureate, and a recipient of the MacArthur “genius” award. Over the course of a 50-year long career, Strand published over a dozen books of poetry. 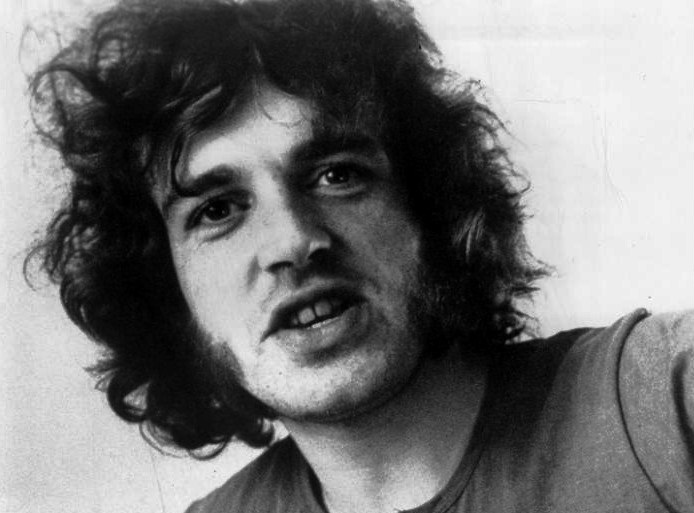 British rocker Joe Cocker hit the American music scene in the late 1960s with his gut-wrenching raspy vocals and distinctive gestures on stage. His performance of the Beatles’ “With a Little Help From My Friends” at the 1969 Woodstock Music Festival established him within the American rock consciousness and, over the years, he became known for his soulful reinterpretations of songs by other artists, including the Box Tops’ “The Letter” in 1970 and “You Are So Beautiful” in 1975.