How female musicians amplify each other when the industry won’t

For more than four decades, Reba McEntire has thrived as a country music icon, delivering dozens of hit songs across more than two dozen studio albums. But when she looks across the country music landscape, McEntire said she is disappointed to see how few women enjoy similar success.

In a few weeks, when McEntire, the only woman ranked among Billboard’s top 10 country music artists of all time, emcees the Academy of Country Music Awards (for the 16th time), the nominees up for Entertainer of the Year will all be men. She said she was unhappy — but not surprised — that none of the five selected were women.

“It’s got to change,” she told the PBS NewsHour in her office in Nashville, Tennessee.

“There was no space for those songs to get cut. There were no girls on the charts.”

Male artists claimed nine out of 10 of Billboard top-selling country music songs last year, as well as most-streamed country music albums, according to Nielsen data. While the exclusion of female artists, songwriters and producers has always been a reality in Nashville and beyond, some see it as having gotten worse in recent decades, and that’s backed up by some numbers.

Part of the problem is cyclical, McEntire said, pointing to the 1990s which served as a golden age for women in country music.

Singer-songwriter Angaleena Presley grew up in the ‘90s in eastern Kentucky, listening to McEntire’s peers — Patty Loveless, Shania Twain and Trisha Yearwood — at a time when “there was something for everybody” in country music, she said.

When Presley arrived in Nashville in 2002 to start her own career, she said hip-hop-infused and male vocalist-driven bro-country dominated the sound coming out of the city’s famed Music Row, a neighborhood where musicians take song requests, play original work and hope they’ll be discovered.

Her songs focused on the day-to-day life and struggles women face, and record industry executives and producers didn’t want to hear them, she said.

“There was no space for those songs to get cut,” she said, adding that there were “no girls on the charts.” 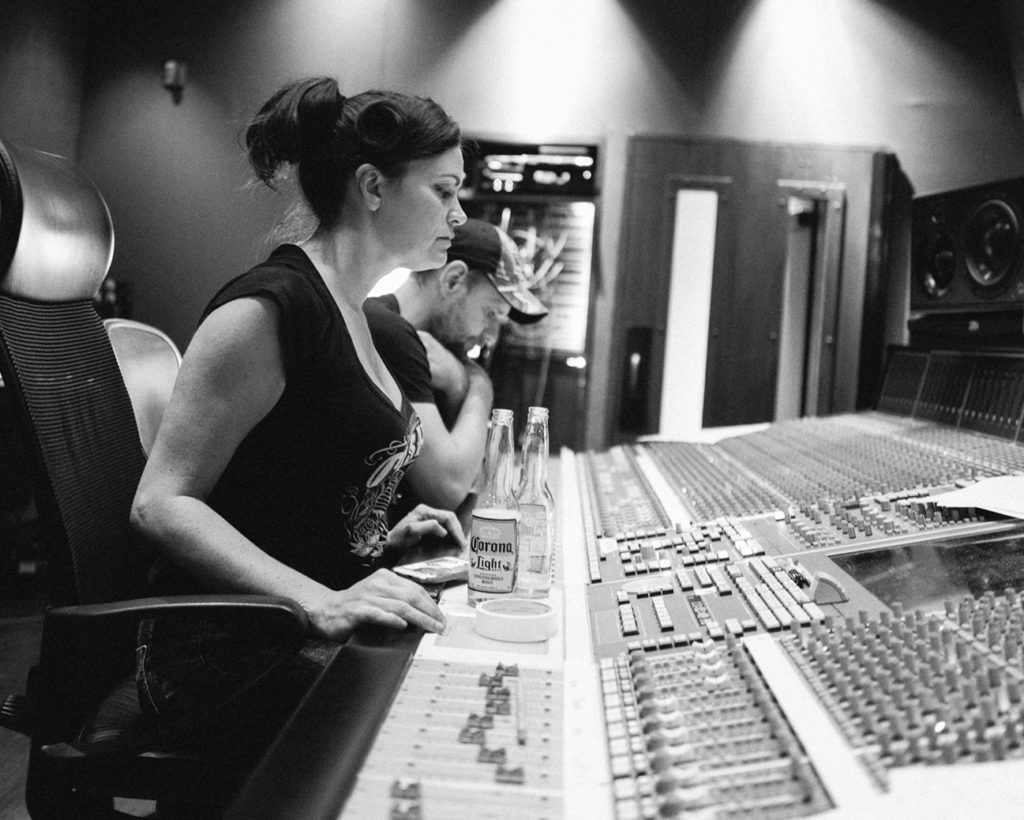 Radio consultant Keith Hill drew widespread criticism in 2015 when he compared women in country music to the “tomatoes of our salad” while men were the lettuce — the main ingredient for success.

“If you want to make ratings in country radio, take females out,” he said in 2015, the Tennessean reported.

Listenership by gender and generation is roughly split, and actually skewed female among country music listeners age 12 to 17, according to 2017 data from the Country Music Association. That same year, Billboard reported no solo female artist ranked in the top 10 for country airplay.

Artists and activists who want to hear more women’s voices in country music are trying to change that. In 2014, the Song Suffragettes formed in Nashville to call out record labels that excluded women.

But research suggests the absence of women is industry-wide, not just a country music problem.

Out of the 700 most popular songs from 2012 to 2018, based on Billboard Hot 100 chart rankings, 22 percent of the top performers were women, according to a February report from the University of Southern California-Annenberg’s Inclusion Initiative.

In addition, the study found that women made up 12 percent of songwriters and 2 percent of producers during the six-year study period. After analyzing more diversity metrics, they found 44 percent of top-song artists since 2012 were people of color– a figure that has been on the rise from 31 percent in 2013 to 56 percent in 2018.

But among producers, the people who pick talent and make decisions, only four out of 871 were women of color.

“Women of color are invisible as producers,” the study said, adding that a solution to including more women in the recording studio is simply to hire them.

“There’s power in numbers, and we’re so glad to do our part.”

How do women in the music industry perceive their contributions in the studio and to the record label?

To find out, the advocacy group Women In Music and the Berklee College of Music in Boston polled 1,983 women — past and current performers and producers, among others, between June and July 2018 — to better understand their thoughts about gender inequality in the music industry.

Nearly half of respondents said they felt their music careers hadn’t progressed far enough, while another 33 percent said their careers were where they should be. Only 8 percent of respondents said their careers were developing ahead of their expectations. From this survey, it is unclear how those factors influence men in the music industry because the poll was conducted only among women.

For 15 years, Nicole Barsalona has worked in the music industry, managing talent and promoting musicians. At one point, she was convinced that a life of endless touring and shows that ended at 2 a.m. would not allow her to foster both the career she craved while also raising a family. As president of Women In Music, she said this survey’s data bolsters years of anecdotes she has heard and lived about what it means to be a woman in music.

What will it take to bring about meaningful change? When Barsalona approached older generations of women artists about speaking out against harassment, and gender disparities in pay and career trajectory, she said they had a reason that they couldn’t demand better conditions for themselves and others.

“‘We’ve gotten this far by not drawing attention to the fact that we’re women,’” she said they told her.

“We went from [male-dominated] sex, drugs and rock ’n’ roll not too long ago,” to activism among younger generations in the music industry, especially millennials, she said during a phone interview, while her toddler audibly cooed in the background.

That shift — the fact that any women are speaking at all about the lack of representation– gives her hope, she said.

Reba McEntire echoed that, saying that women must work together, and encouraged them to support each other in the industry. She refuses to get frustrated about the problem; she chooses to take action, she said.

“Instead of taking the energy to complain about what’s wrong,” she said, “take that energy to see how you fix it and make it right.”

“Instead of taking the energy to complain about what’s wrong, take that energy to see how you fix it and make it right.”

Presley is also working to amplify women’s voices in country music. In Nashville, she and other female artists chose to forge ahead “with dedication and perseverance,” with or without the blessing of major record labels or country music radio.

With friends and fellow singer-songwriters Miranda Lambert and Ashley Monroe, Presley formed the Pistol Annies in 2011 when her own solo career struggled. Together, they have supported each other, releasing three studio albums, including “Interstate Gospel” in November, and plan to tour this fall, she said.

During the 2019 Grammys, Presley said she was thrilled to see so many women performing on stage, and that fellow country music artist Kacey Musgraves won Best Album of the Year. Recently, when her 12-year-old son excitedly shared his newfound respect and love for country music legend Dolly Parton, Presley said she thought “there’s another shift happening” to embrace women in country music.

Whether individual perseverance or grassroots efforts will lead to any significant changes is unsure. But Presley said, “There’s power in numbers, and we’re so glad to do our part — promoting women, working together, supporting each other.”

Left: The only woman ranked among Billboard's top 10 country music artists of all time, Reba McEntire said she is disappointed but not surprised that so few women have found similar success in the country music industry. Photo courtesy of Justin McIntosh/Reba's Business Inc.

Shunned by country radio, female artists in Nashville are looking to break through