New York City announced Thursday that it’s renaming 16 of its parks and recreation areas to honor the legacies of 16 Black Americans. Among the luminaries being honored in the renamings — including Lena Horne, Malcolm X and Kwame Ture, all known for their civil rights activism — is the late PBS NewsHour co-anchor Gwen Ifill.

Railroad Park in Queens, a 16-acre natural area that’s home to migratory birds, will be known as Gwen Ifill Park. The park’s original name is a nod to the Long Island Railroad tracks that make up one side of the outdoor space’s boundary. There is $21 million in funding to develop the largely fenced-off area, according to the New York City Department of Parks and Recreation.

Ifill, a journalist and author born in Jamaica, Queens, was the first Black woman to anchor a nationally televised public affairs show, Washington Week. She worked at the NewsHour for 17 years, until her death from complications of cancer in 2016. She covered eight presidential campaigns and moderated two vice presidential debates. 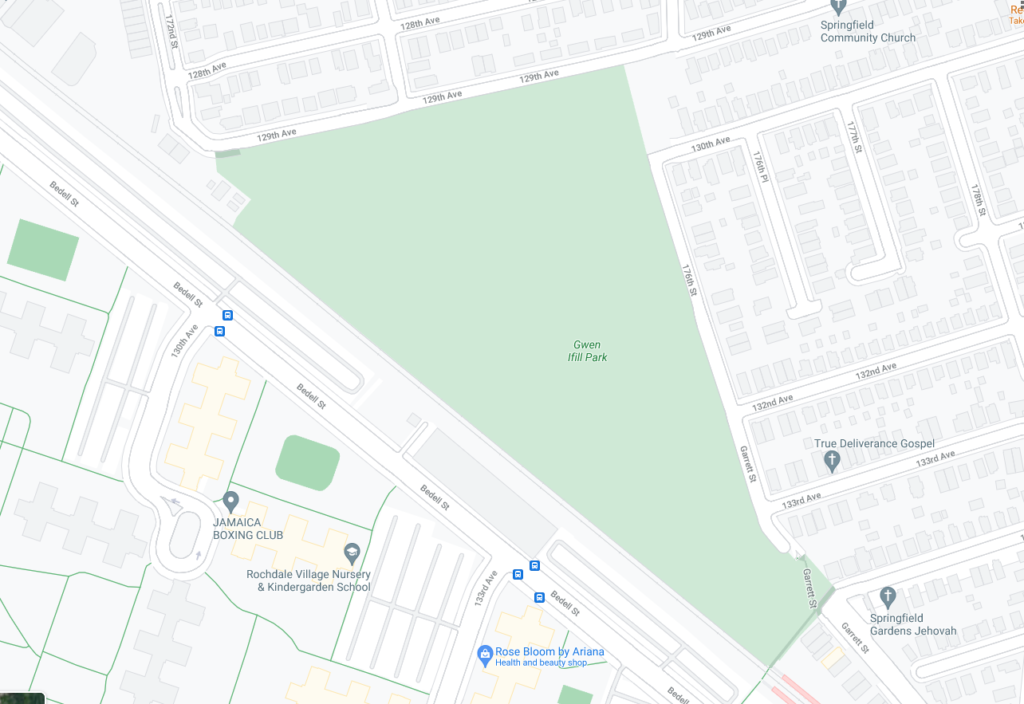 “The Ifill family is truly grateful that the NYC Parks Department is recognizing our sister, cousin, aunt Gwen by renaming and refurbishing Railroad Park in her honor. In doing so, you celebrate the life and legacy of one of Queens’ most accomplished daughters,” Bert Ifill, Gwen’s brother, said in a statement. “In a green space, dedicated to recreation and safety, generations of families and their children can be refreshed, much in the way Gwen provided haven for truth seekers and those who were perplexed and looking for answers. In this way, her spirit as well as her example lives on!”

The renamings are part of an ongoing initiative by the Parks Department to honor prominent Black figures. NYC Parks Commissioner Mitchell J. Silver said in a statement that the department has renamed 28 parks in the past year, to “inspire pride, encourage meaningful discourse, and represent the people” they serve.

The selected names are a mixture of nationwide and local figures whose work has had an impact on the city. In Manhattan, Hell’s Kitchen Park will be renamed Lorraine Hansberry Park in honor of the “A Raisin in the Sun” author who was the first Black woman to have a play staged on Broadway. In the Bronx, St. Mary’s Amphitheater will now take on the name of Gil Scott-Heron, who penned the poem and song “The Revolution Will Not Be Televised.” This space will undergo renovations that are expected to be completed this fall.

In Brooklyn, a Williamsburg playground slated for reconstruction will be named Sarah J.S. Tompkins Garnet Playground, after the first Black female principal in New York City public schools. In Staten Island, Silver Lake Park will be named in honor of Audre Lorde, an activist and writer who described herself as “Black, lesbian, mother, warrior, poet.” A resident of Staten Island for about 15 years, Lorde was the New York State poet laureate at the time of her death in 1992.

In 2020, the U.S. Postal Service commemorated Ifill with a Forever stamp.

The words of Gwen Ifill that inspire us every day