For more than 40 years, artist William Wegman has been making portraits and videos of his beloved Weimaraner dogs, who have appeared in numerous publications and on television shows like Sesame Street and Saturday Night Live.

And this month, he released a new career retrospective book, “William Wegman: Being Human.” The book features 300 images of his dogs from his countless collection of prints.

NewsHour Weekend recently visited Wegman in his New York City home and studio, where he introduced us to his current canine models, Flo and Topper.

Wegman lives and works in the Chelsea neighborhood of Manhattan with his dogs. He keeps many of the props utilized for photo shoots in his downstairs basement, which are filled with decades’ worth of costumes and trinkets he uses to make elaborate scenes.

He said Weimaraners are good at standing still because they were originally bred to hunt, and are capable of freezing and pointing at prey. 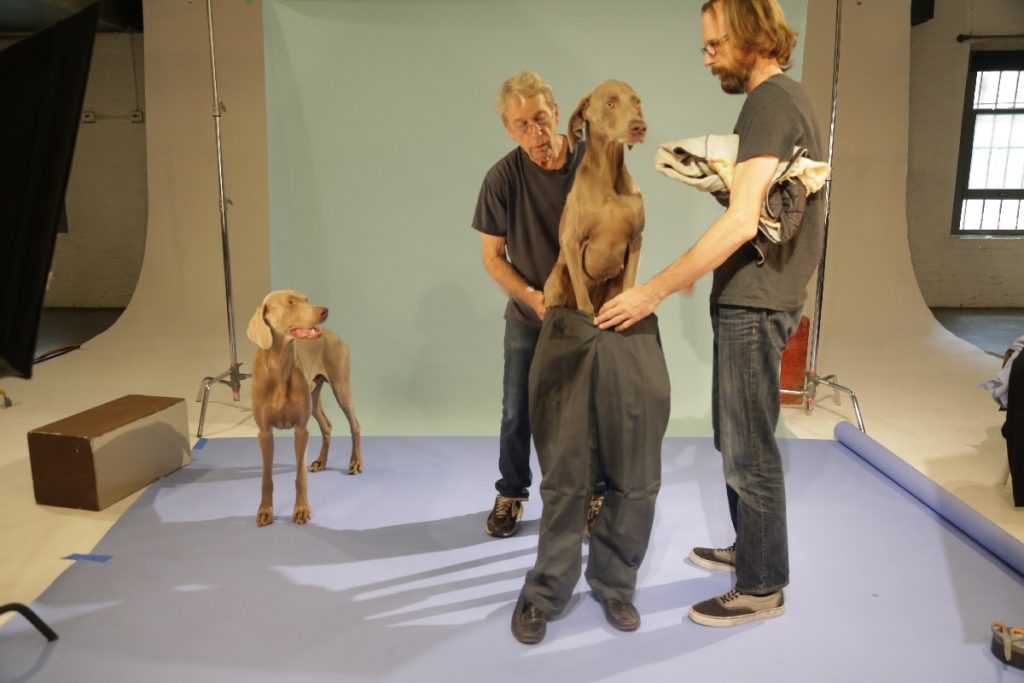 William Wegman arranges clothing that will be worn by his dogs, Flo and Topper, with the help of a long-time assistant inside his New York City studio. Photo By Michael D. Regan/NewsHour Weekend

Most of Wegman’s photos were captured on a 20-by-24-inch Polaroid camera, which he said is the size of a “big refrigerator” kept inside a a wood base that’s “quite beautiful actually but very rickety and fragile.” When working outside, Wegman would haul it around in a truck.

Wegman has taken about 15,000 photos with that Polaroid, but he has since moved on to digital cameras. 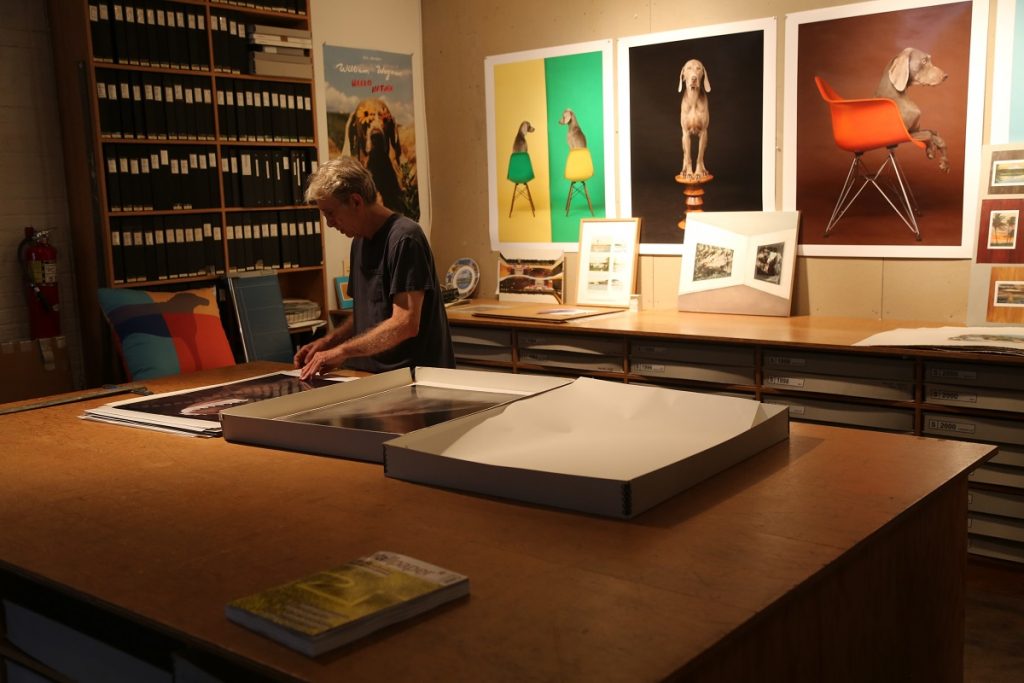 Wegman said he’s worked with 14 Weimaraners in total, the first of which was named Man Ray, named after the artist. Yet, he didn’t initially plan on taking artistic portraits of them.

“I took his picture, which you would do with your newborn, or whatever,” he said. “It was kind of magical how he became. He was kind of transformed by the act of photographing him.” 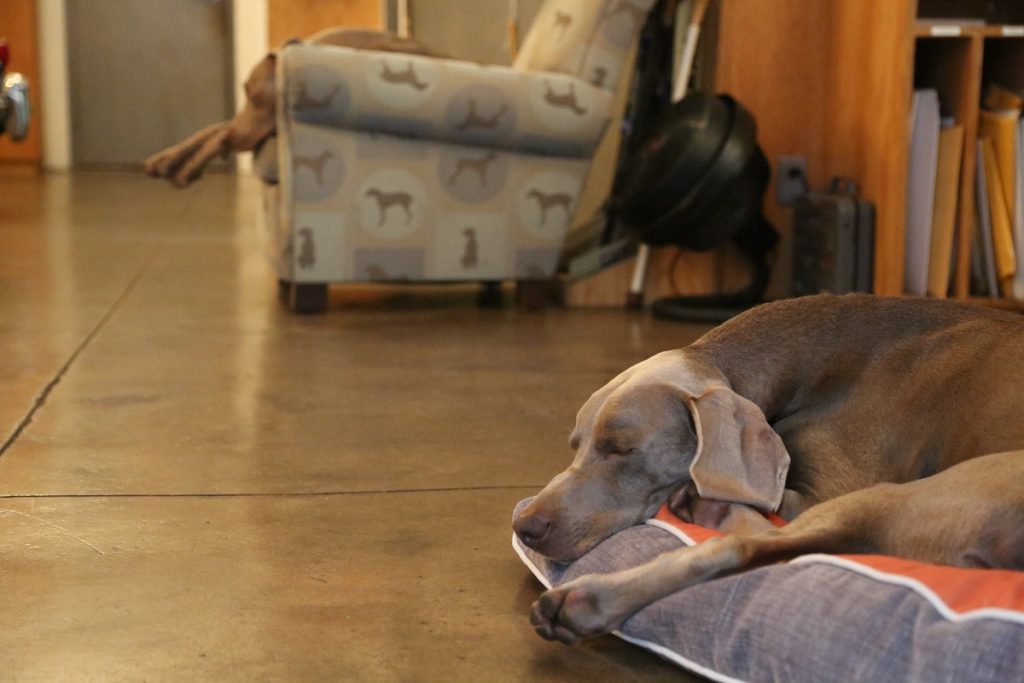 Flo and Topper are a part of the family, Wegman said. The photos of his dogs can sell for thousands of dollars. Michael D. Regan/NewsHour Weekend

Wegman was born in 1943 in Massachusetts and in the 1960s went on to receive fine arts degrees in Boston and Illinois, where he studied painting. He taught in Wisconsin and California, and by the 1970s his artwork was being exhibited in galleries around the world, about the same time he began taking photos of his first Weimaraner.

Wegman’s photographs now sell for thousands of dollars and he has published 40 books, including 20 children’s books.

At age 74, Wegman said he plans on continuing his work, including an extensive portfolio of paintings. 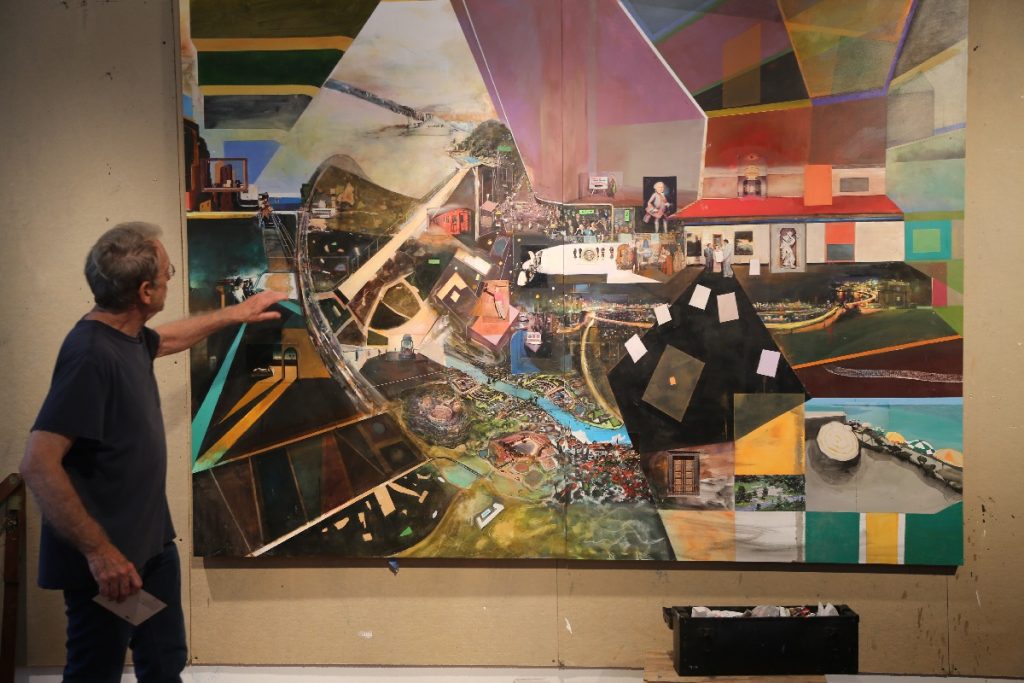 Wegman’s work is now being shown through Oct. 28 at the Sperone Westwater Gallery in New York. An exhibit of his images will take place from Jan. 17 through July at the Metropolitan Museum of Art, with plans for an international showing next summer at the National Gallery of Victoria in Melbourne, Australia.

“William Wegman: Being Human,” released this month in collaboration with William A. Ewing, includes more than 300 photos, many of which have never been shown to the public. Here are some of those images: 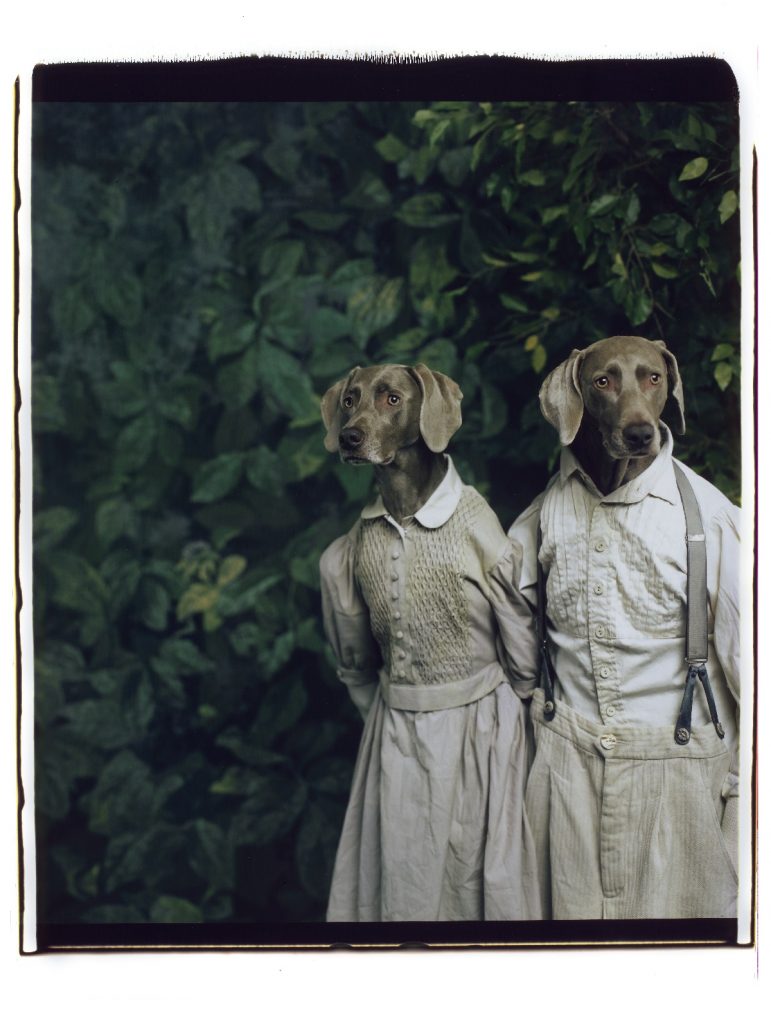 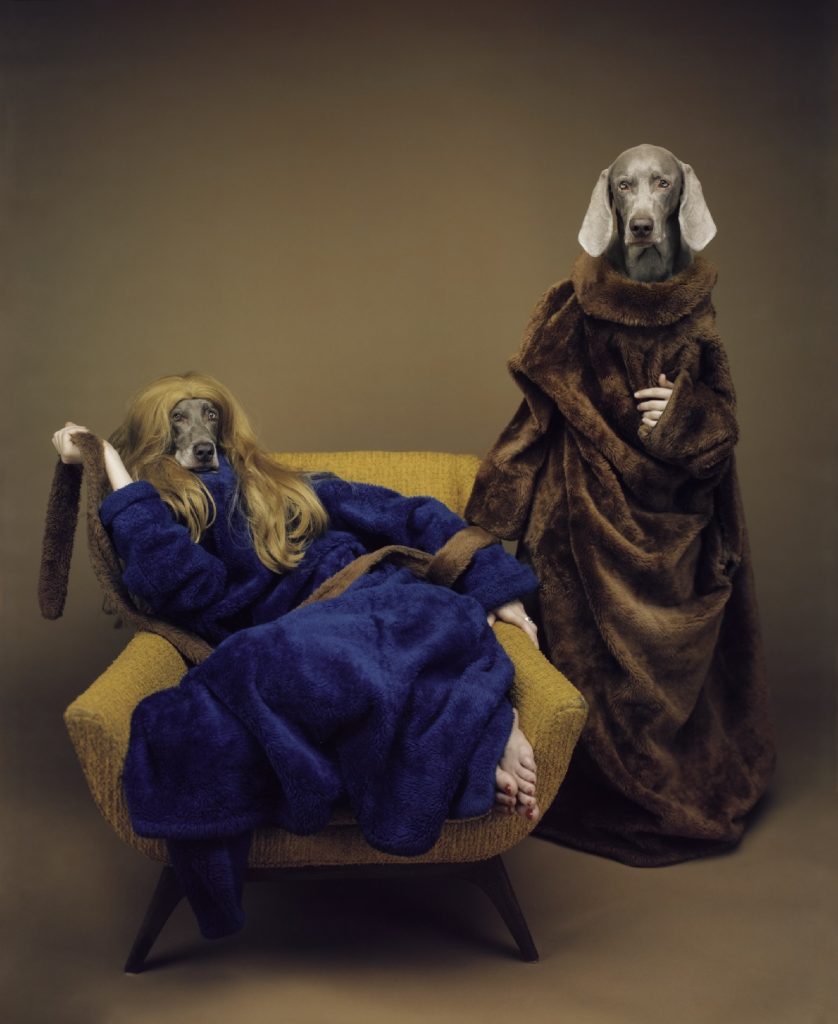 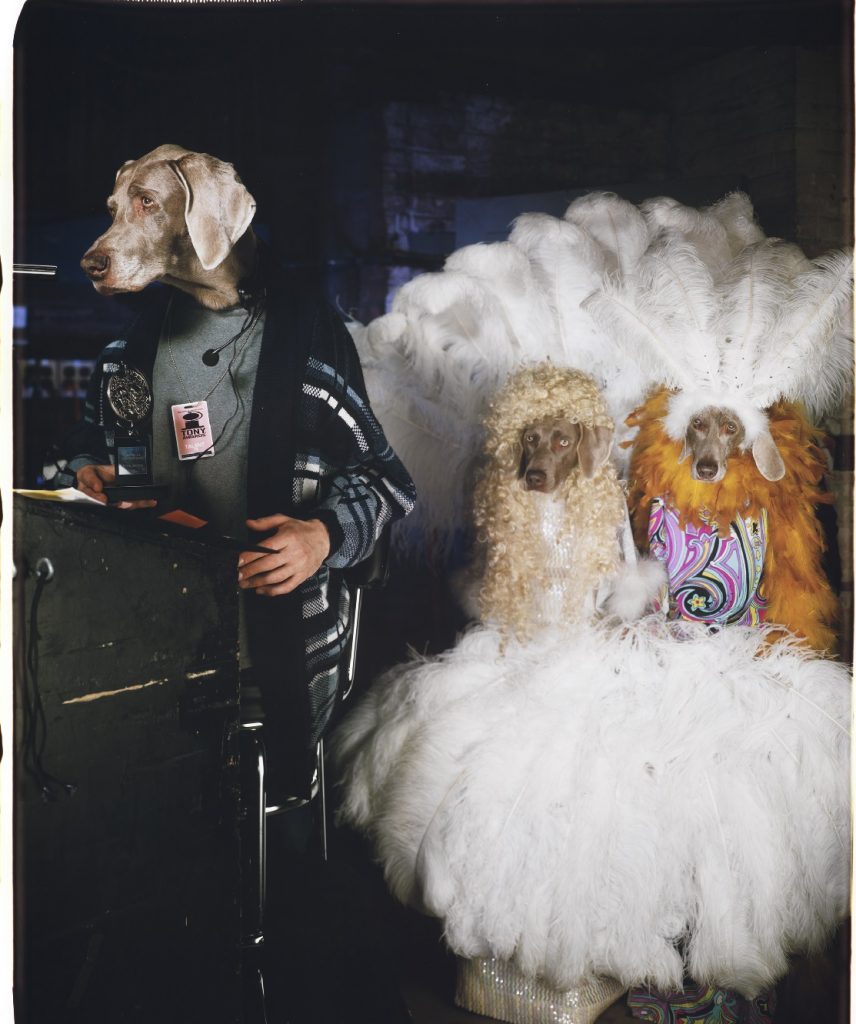 Left: For more than 40 years, artist William Wegman has been making portraits and videos of his beloved Weimaraner dogs. Photo courtesy of William Wegman