Recipe: A chef’s take on Mexico’s most patriotic dish 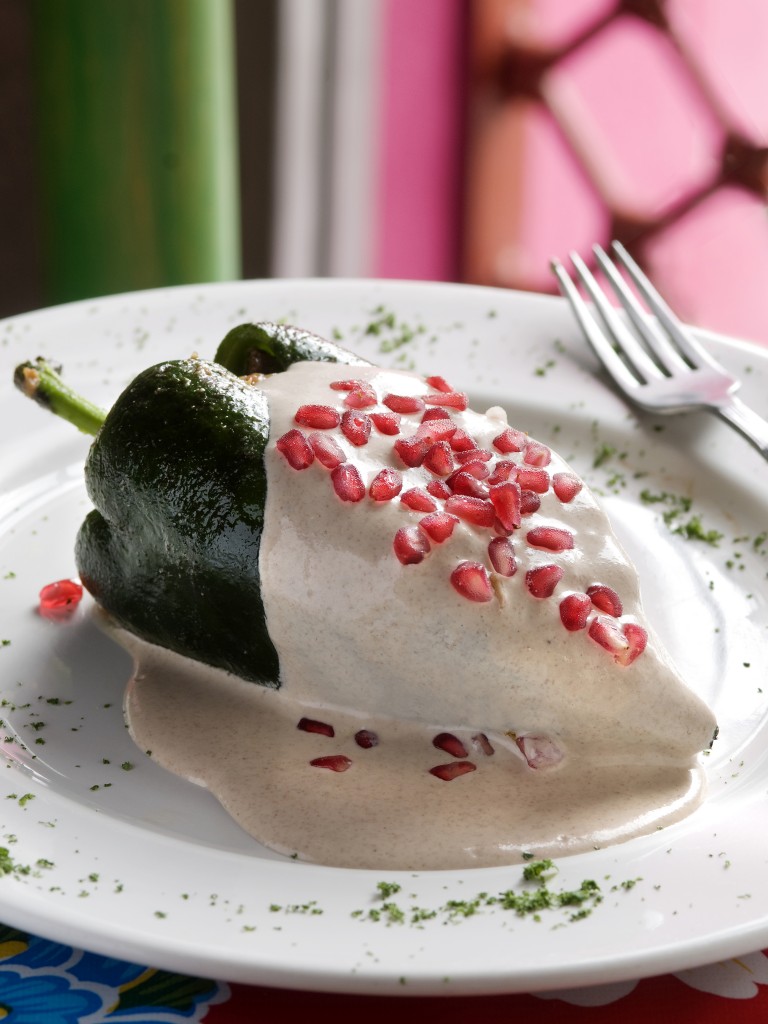 According to chef Salvador Fernández, every Mexican dish comes with a story.

The story behind chiles en nogada, or peppers in a nut sauce, is one of pride and patriotism. The dish was created by the Augustinian nuns of Puebla to celebrate General Augustin Iturbide, who led the country’s fight for independence from Spain. Its vibrant colors — green, white and red — also give a nod to Mexico’s tri-color flag. It is traditionally eaten during the month of September, when Mexico celebrates its Independence Day.

For Fernandez, a Puebla native, this dish recalls memories of his grandmother and mother and a gaggle of grandkids gathered in the kitchen preparing each step of the labor intensive stuffed peppers.

I spent time making this dish with Fernández, who hosted me through Traveling Spoon, a site that connects home chefs with travelers. Read more about how it works here. Fernández is also a teacher at The Little Mexican Cooking School in Puerto Morelos, Mexico, about a half hour’s drive from the Cancun airport.

This dish traditionally is made with a particular type of Mexican pecans, which would have been in season when this dish was first created, and not almonds. But it’s been adapted here using almonds that are easily accessible.

1. Toast all the poblano peppers direct to fire; try to “burn” or char all sides of the skin. When this is done, put them in a plastic bag and let it rest for 15 minutes. Doing this we can remove the burned skin faster. 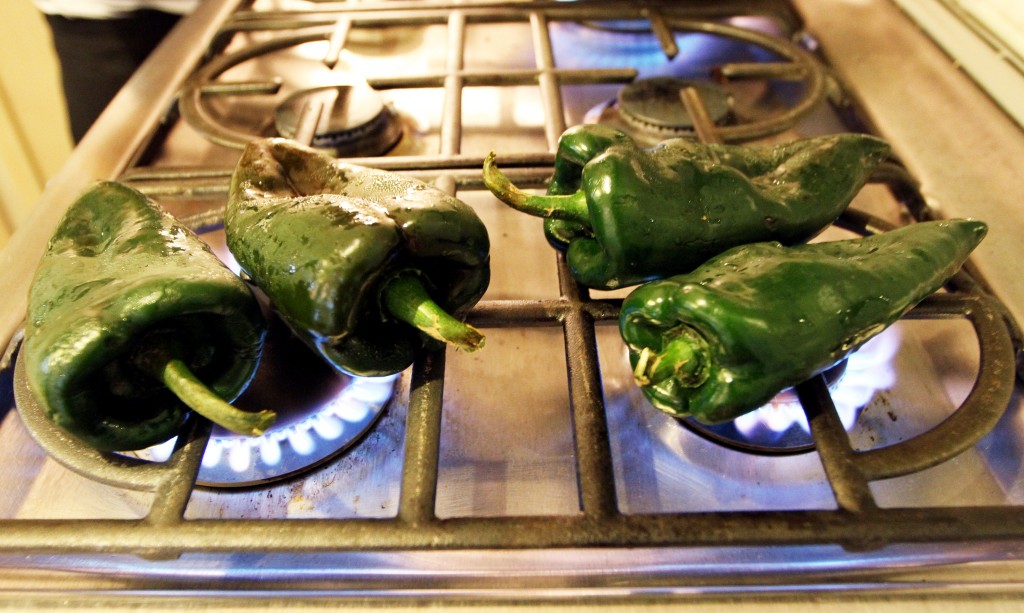 Toast the chiles on an open flame so they become blackened. Photo by Margaret Myers

3. Add all the fruits and tomatoes in dices and cook for three more minutes. Add zest of orange and lime to this and keep cooking on medium high heat.

5. Open the plastic bag and take out the toasted poblano peppers, remove the skin using a knife. Be careful! You can put holes the pepper’; we want to keep them whole.

6. With the skin off, make a slice in one side of the pepper and use a spoon to remove seeds. Be careful again, they are very fragile.

7. Stuff all the peppers with the ground beef and fruits that now is ready. Reserve.

8. Boil water and then add almonds for 3 minutes to soft the skin. Then using your fingers remove the brown skin of all the almonds, and reserve.

9. Blend almonds milk, goat cheese, sea salt and allspice and one tablespoon of olive oil, then combine with sour cream. Texture in this sauce must to be tick enough to cover the stuffed peppers. Keep this mixture cold. 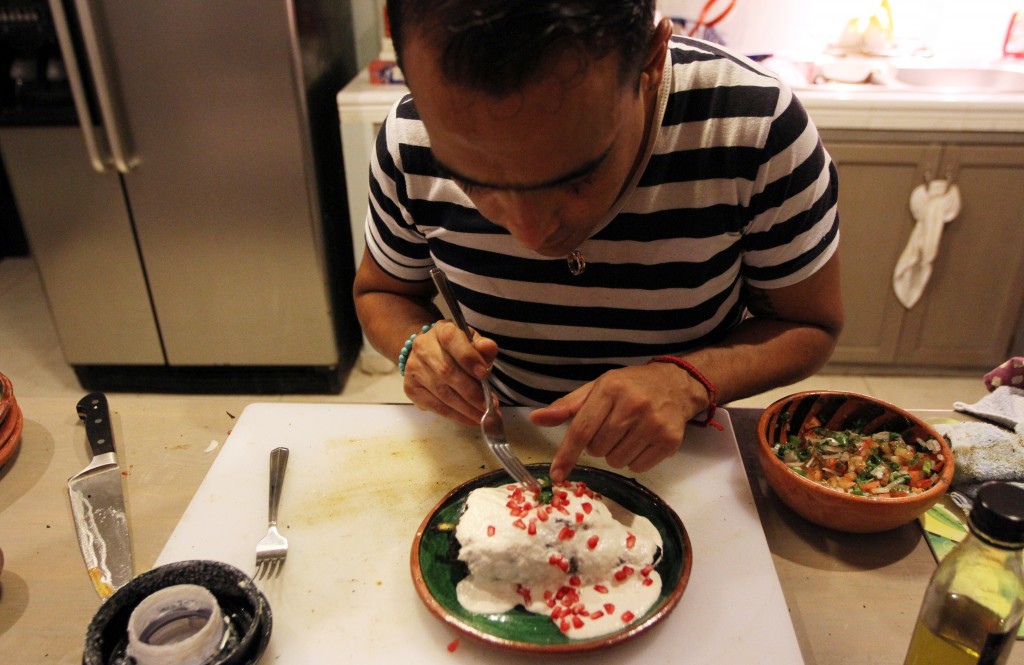 10. Place a warm stuffed poblano pepper in the center of a platter, then cover all with the almond and cheese sauce, nogada.