Spanish police said Saturday they have arrested seven people in connection to the theft of five paintings by renowned artist Francis Bacon worth more than $27.8 million from a home in Spain almost one year ago.

Without naming the suspects or specifying when they made the arrests, Spanish police wrote in a statement that they were tipped off by private British investigators who specialize in stolen art in February. The investigators had received an email from one of the suspects, who sent photos of the paintings and asked whether the work had been stolen.

They noticed what looked like forged signatures on the backs of the paintings in the photos, which provoked them to email Spanish police. 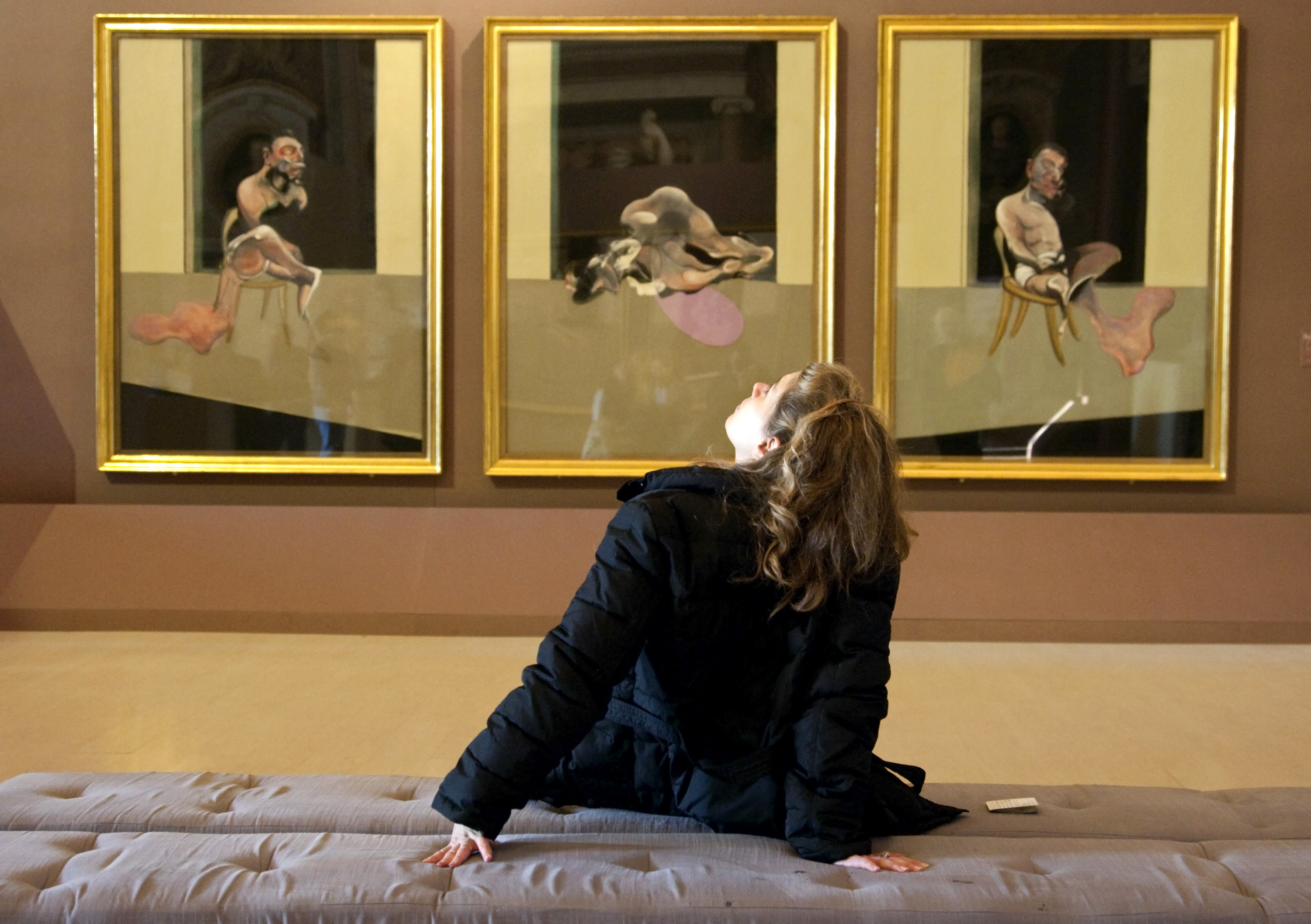 A woman looks at a Francis Bacon painting during an exhibition at the Galleria Borghese in Rome November 11, 2009. Photo by Max Rossi/Reuters

Spanish authorities analyzed the metadata from the images and saw that the camera had come from a rental company. Customer records from the company led them to a person in the coastal town of Sitga.

Police searched four homes, seized six phones and two computers, but did not recover any of the paintings.

Bacon, who was an Irish-born painter known for his emotionally charged, surrealist work, died in Madrid in 1992 at age 82.

His paintings were stolen from someone who was a close friend of Bacon’s during a professional heist in a heavily policed area while the homeowner was visiting London last July, according to Spanish newspaper El Pais.

The thieves also stole jewelry and other valuables, according to the police statement.

Left: An employee walks past 'Two Men Working in a Field' (R) by Francis Bacon and 'The Wedding Feast' by Pieter Brueghel during a media preview for  a curated public exhibition in London, Britain on June 12, 2015. Photo by Stefan Wermuth/Reuters

Some Latino families see gender gap when it comes to voting