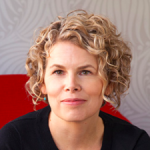 Column: The bank fees you don’t even know about

Editor’s Note: Lisa Servon, a professor of city planning at the University of Pennsylvania, has been studying low-income neighborhoods for 20 years, so she was stumped by the continuing — in fact, growing — popularity of check cashers, payday lenders and pawn shops, alternative financial services notorious for preying on the poor. Yet the members of the so-called “unbanked” Servon had met over the years weren’t stupid with money. To the contrary, they knew how to stretch a dollar — because they so often had to. So why were so many shunning traditional banks?

To find out, Servon took her field work to an unusual level, actually taking a job as a teller at a check casher and then at a payday lender. She reports her startling findings in a new book, “The Unbanking of America.” Chief among them: check cashers are often cheaper and almost always more transparent than banks. In fact, low-income customers don’t trust banks, largely because they charge unexpected maintenance and overdraft fees. As it turns out, banks are making a bundle from such fees. Servon shares why below.

Watch our broadcast story on “The Unbanking of America” on Thursday’s PBS NewsHour.

In 2009, the Federal Deposit Insurance Corporation conducted the first of its biennial Surveys of Unbanked and Underbanked Households.  The survey groups people into three categories: banked (they rely only on banks and credit unions); unbanked (they have no bank account); and underbanked (they have a bank account but also use alternative financial services such as check cashers and payday lenders). This way of classifying consumers implied that banks are the best option for everyone.  Policymakers, alarmed by the finding that nearly 8 percent of Americans are unbanked and another 20 percent are underbanked, began to devise strategies to move everyone into a bank account.

During my fieldwork as a teller at a check casher in the South Bronx, I learned that many of my customers couldn’t afford banks. A recent survey conducted by Pew Charitable Trusts found that the most common reason given for not having a bank account was overdraft fees.

Over the past 30 years, banks have become increasingly reliant on all kinds of fees. Bankers work with consulting firms to figure out how to turn services like overdraft protection and ATMs into cash cows. Once bankers experienced this new way to profit from overdrafts, it was impossible to go back. Lyn Farrell, managing director at the bank advisory firm Treliant, said that one bank CEO told her: “It’s like a drug. Once people get this, it’s like a drug.” Joanne Barefoot, whose career includes stops at the U.S. Department of Housing and Urban Development, the Federal Housing Administration, the Federal Home Loan Bank Board and a time as deputy controller of the currency, agreed: “I’ve heard people say it’s like crack cocaine.” In a Bank Director magazine article published in 2011, a Haberfeld Associates executive boasted that banks working with his firm generate 86 percent of their fee revenue from overdraft and other new fees, which the firm calls the “gold mine of checking.”

And it wasn’t just overdraft fees. Ellen Seidman, a senior fellow at the Urban Institute, explained that so-called free checking, the ability to overdraw an account and variable interest rates on credit cards initially seemed to be good for consumers. But once banks began to see that these products and services could be profitable, she noted that “bad things started happening.”

Many consumers became overly reliant on overdrafts. Some who lack other sources of funds use overdrafts like a short-term loan. Unfortunately, a single overdraft can result in cascading bad checks and hundreds of dollars in charges.

Let’s take a look at exactly how this works: Say you have $100 in your account, and today you have an automatic student-loan payment of $110 scheduled. The automatic payment will result in a deficit of $10. The bank will charge a $34 overdraft fee, which is typical for big banks. You now have a deficit of $44. Imagine you also use your checking-account debit card that day to purchase $25 worth of groceries. That purchase will trigger another overdraft, and you will be charged another $34. For $135 worth of transactions, you have been charged $78. But it may not stop there. If the account balance remains overdrawn for five consecutive business days, the bank will charge an extended overdraft fee per item, typically between $15 and $35.

READ MORE: Column: How much do the poor actually pay in taxes? Probably more than you think.

It’s quite possible that the chain reaction started with a common miscalculation: You presumed that a check you had deposited into your account would clear before the student-loan payment came due. But your check took a day longer than usual to clear. Banks depend on these miscalculations. In 2014, Americans paid nearly $32 billion in overdraft fees.

Dodd-Frank, the 2010 legislation passed in the wake of the financial crisis, took a big bite out of banks’ ability to generate overdraft and other fees, but banks have figured out how to get around it. In May 2014, Haberfeld Associates presented a webinar showing participants how overdraft protection could continue to function as an income stream for banks, even after Dodd-Frank required banks to get customers to opt in to the service. The paperwork for setting up an account was so opaque that nearly half of all consumers who overdrew their accounts didn’t remember opting in to overdraft protection.

In February 2015, Adam Griesel, the current CEO of Haberfeld, wrote an article titled “Add Customers, Grow Profits,” in which he advised banks to market free checking accounts to customers and then turn those customers into fee generators. Checking accounts, Griesel wrote, are the gateway to a range of other bank products — debit cards, paper checks, overdraft protection — that generate fee income. Having a checking account is typically a consumer’s main reason for working with a bank. Sixty-four percent of consumers exclusively use a debit card from that account, and free-checking customers use an average of 4.75 products and services, all of which generate fee income. Haberfeld Associates found that customers with debit cards generated more fees annually, $336, than other customers, who generated only $260.

Another big-bank practice is called “debit resequencing”; the bank processes the debits and credits to an account in a way that causes account balances to fall faster, thereby boosting potential overdraft fees. In February 2012, Chase settled a class-action suit accusing the bank of charging excessive overdraft fees. In November 2011, Bank of America was ordered to pay $410 million to customers for wrongfully charging excessive overdraft fees resulting from debit resequencing. Despite these two huge suits and subsequent regulatory action, 44 percent of banks included in a recent study still engage in this practice. The numbers are decreasing, but not enough.

Here’s how debit resequencing works. Let’s say that on a given date you send two checks — one to your credit card company for $150 and another to your local electric company for $75; the credit card company and the electric company try to get their money from your account on the same date. An automatic withdrawal you’ve set up to pay your rent also hits your account, and your rent is $500. On the date that those three things hit your account, you have a balance of $100. The bank could clear the $75 charge first, resulting in two overdraft fees. Instead, many use software that reorders the transactions. This software presents the $500 charge first, then the $150 charge and finally the $75 charge, and you end up paying three overdraft fees instead of two. Banks make this choice in order to maximize profit rather than do right by their customers.

Worn down by escalating fees, errors in their accounts and endless hours on hold with customer “service” representatives, they’ve simply had it.

In their book “Phishing for Phools,” the Nobel Prize–winning economists George Akerlof and Robert Shiller argue that the free market encourages manipulation and deception. “The economic system,” Akerloff and Shiller write, “is filled with trickery.” Manipulation and deception, from opaque fees to unethical debt-collection practices, run through the entire consumer financial-services system.

Banks deposit funds into customers’ accounts only five days a week, but withdraw funds seven days a week. How can you plan when you don’t know when you’ll get access to your money? The lag between depositing checks and being able to access cash explains why so many working people who get paid at the end of the week go to the check casher — they need that money to buy food and to pay bills. They can’t wait for their checks to clear.

With practices like overdraft fees and debit resequencing, it’s hard to argue that banks are working in their customers’ best interests. When I travel around the country talking about my work, people mob me, telling stories of how their banks have wronged them. Worn down by escalating fees, errors in their accounts and endless hours on hold with customer “service” representatives, they’ve simply had it.

Left: A customer leaves an ATM at the Wells Fargo & Co. bank in downtown Denver April 13, 2016. Photo by Rick Wilking/Reuters

Lisa Servon is professor of city planning at the University of Pennsylvania and former dean at The New School. She is the author of "The Unbanking of America: How the New Middle Class Survives."