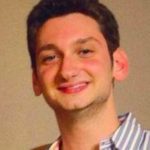 Does being paid hourly vs. yearly change how you save?

The majority of all workers in the United States were paid hourly last year. Typically, hourly wage earners have low incomes and are vulnerable to economic shocks. So we wondered, does being paid hourly instead of yearly somehow change the way people view themselves and their work?

Does being paid hourly instead of yearly somehow change the way people view themselves and their work?

According to a well-established psychological theory known as “construal theory,” the answer is yes.

According to construal theory, people view the distant future much differently than they view today, tomorrow or next week. When we think about long-term plans, we consider intangible factors like goals and desires. When we think about our future retirement, we envision ourselves relaxing on the golf course.

Conversely, when thinking about short-term plans, we consider the actual steps we need to take to reach our goals. We start to think about how a retirement account is set up, how much and how regularly we need to contribute to our 401(k).

People understand the distant future abstractly and the near future concretely. We value desirable goals when thinking in the long-run, but we value feasible goals when thinking about the short-term. This principle is key to “construal theory,” and helps to explain why nearly half of all U.S. households lack any retirement savings account assets whatsoever and why another 64 percent of Americans fear they will not have enough money for retirement. Instead, we focus heavily — too heavily — on our short-term prospects, failing to even put together an emergency savings cushion.

64 percent of Americans fear they will not have enough money for retirement.

Could this financial shortsightedness be due to the way workers are paid? Are hourly wages influencing our perspective and how we save? We ran a series of experiments to see.

Imagine the following. You are starting a new job, and you are given an appointment letter that details how you will be paid over the next working year. In one case, you are told you will earn $35 per hour. In another, you are told you will earn $70,000 a year. You are then asked to budget your salary and make all kinds of allocation decisions, including this ever-important one: How much money would you like to put in your 401(k) and other savings accounts?

READ MORE: Can you guess how many Americans have absolutely no savings at all?

Would you budget your savings differently according to the framing of your wage?

You might think, however, that there is an underlying problem here, that perhaps the participants were unable to translate hourly wages into yearly salaries. Could they be falling victim to mathematical error in systematic ways? To check that this wasn’t the case, we ran the next study.

READ MORE: Can you guess how many Americans have absolutely no savings at all?

Do hourly workers save less because of job stability?

It is reasonable to infer that hourly paying jobs are inherently less stable than yearly paying jobs. After all, over a quarter (25.9 percent) of all hourly workers are part-time employees, and some 1.7 million hourly employees are paid at or below the federal minimum wage — leaving them vulnerable to financial shocks. Moreover, companies often cut part-time employees before salaried ones.

Hourly and yearly subjects were now told the job was at “a very unstable workplace and you can be terminated with only two-weeks notice,” or, “a very stable workplace and your job is guaranteed with a five-year contract.” Analysis revealed that job stability did not affect savings allocations. Regardless of job stability, yearly wage subjects allocated more to savings than did hourly wage subjects. These results help further our understanding of savings, but do little to address a lingering concern.

Do hourly workers think less about the future?

To test this, we decided to split savings into two categories: “short-term savings” and “long-term, retirement savings.” Now when hourly workers and yearly salary workers had to allocate their savings, they had a decision to make. Do they save for today, tomorrow or next week? Do they save at all? Or do they save for the long term?

While there was no difference in allocations to short-term savings between groups, as construal theory would predict, yearly wage participants thought about their goals and desires and allocated significantly more to long-term, retirement savings than did hourly wage participants. Stretching the time framing of wages encouraged greater retirement savings exclusively.

The present research suggests the way people think about their income (as hourly or yearly) can make a big difference in their allocations to long-term savings.

Taken together, the present research suggests the way people think about their income (as hourly or yearly) can make a big difference in their allocations to long-term savings. This is particularly troubling because many low-income employees in the U.S. are paid on an hourly basis. Moreover, contingent workers — freelancers, part-time workers, self-employed workers and the like — now make up 40 percent of workforce, according to the Government Accountability Office.

READ MORE: Will the new overtime regulations help or hurt the economy?

The reality is that we are moving away from full-time guaranteed employment toward employment that looks more temporary. We need to find new strategies to encourage people to think long term and save, as these challenges will only become more difficult and complex over time.

Authors’ Note: Thanks to MetLife Foundation for this research, which is in support of the Foundation’s goals to help people build a better tomorrow through access to the right financial tools and services.

Left: Does being paid hourly instead of yearly change the way people view themselves and their work? Photo by Mario Anzuoni/Reuters

Dan Ariely is the James B. Duke Professor of Psychology and Behavioral Economics at Duke University's Fuqua School of Business. Ariely studies how people actually act in the marketplace, as opposed to how they should or would if they were rational beings. Dan’s bestselling books about behavioral economics include "Predictably Irrational," "The Upside of Irrationality" and most recently, "Irrationally Yours."

Aaron Nichols is a research associate at the Center for Advanced Hindsight and a member of the CommonCents Lab. Aaron’s research interests include financial decision making and prosocial cooperation.