Ask business executives, environmental activists and academics what it means for a business to be sustainable, and you will get an array of answers. Also, one company’s “sustainable” move could hurt the environment in other ways.

Add to that the fact that making any change to an existing business practice is expensive, and it is easy to see the conundrum facing businesses around the world in light of the climate crisis.

There is no single definition of ‘sustainability’

The head of the United Nations is setting a daunting goal at the U.N. climate summit in New York this week: completely transform the world’s economies to be more sustainable and find solutions to climate change.

“The climate crisis is caused by us, and the solutions must come from us,” U.N. Secretary-General António Guterres said Monday at the U.N. Climate Action Summit in New York. “There is a cost to everything ,but the biggest cost is doing nothing.”

But what does “sustainable” even mean?

“There is a crippling vagueness about what sustainability means,” said Geoffrey Jones, a business history professor at Harvard University and the author of “Profits and Sustainability: A History of Green Entrepreneurship.” 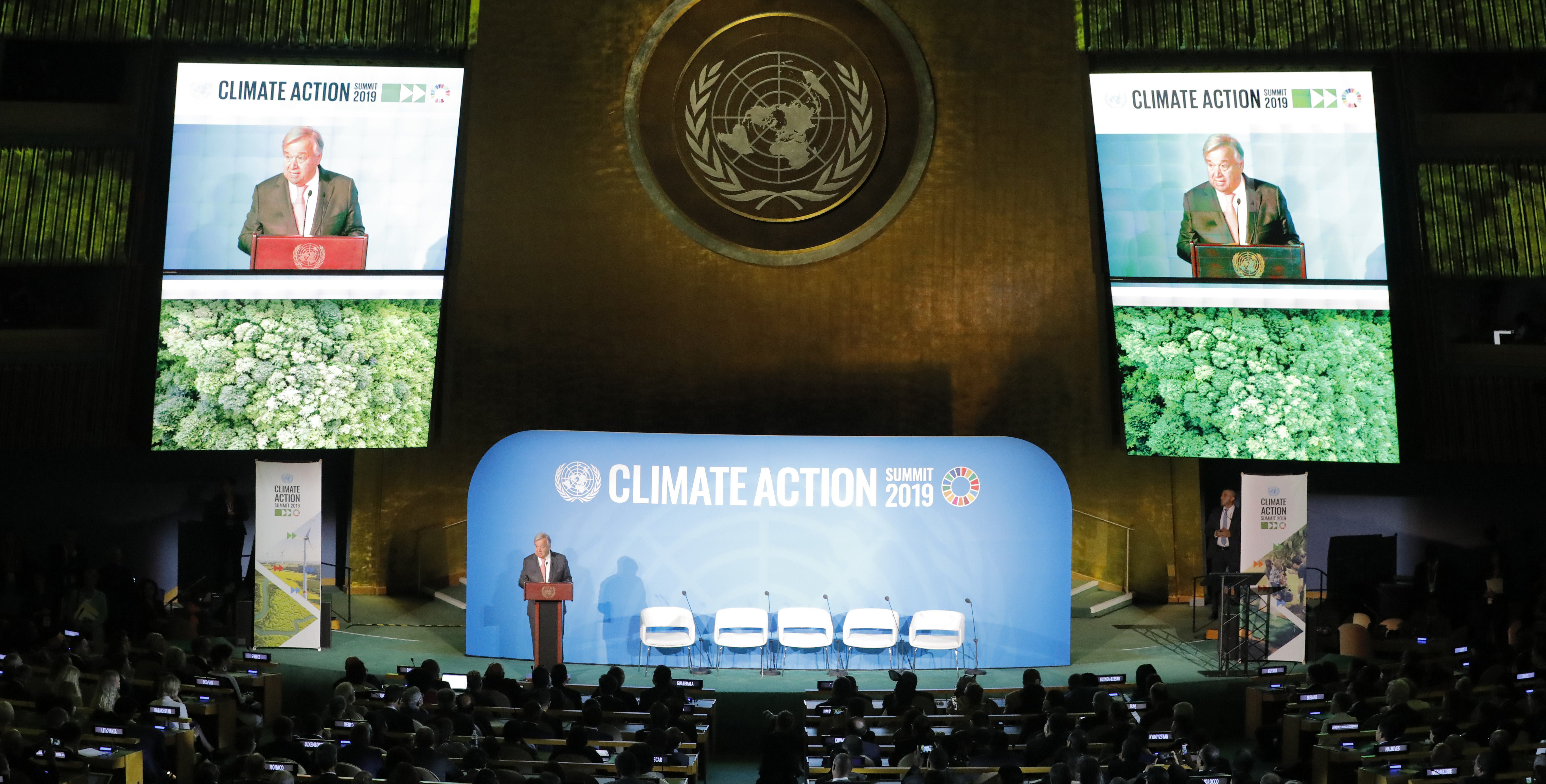 While carbon emissions are receiving much of the focus because of climate change, deforestation, water shortages and soil erosion are also serious problems that should not be ignored, Jones said.

Many companies are buying their electricity from renewable energy, which saves them money in addition to emitting fewer carbon emissions, for example. But some environmentalists have raised concerns that rare materials used in solar panels are mined unsustainably, the panels themselves are not recyclable and solar energy companies do not effectively track their carbon emissions.

The lack of a firm definition means there is a lack of accountability, as well. Businesses are increasingly claiming to be sustainable, but few can provide hard evidence that their business practices are not damaging the environment.

Last month, a group of Fortune 500 CEOs announced they would no longer make shareholders’ interests their sole priority and promised to “protect the environment by embracing sustainable practices across our businesses.”

Environmentalists expressed cautious optimism about the move, saying it needs to be backed up by real change that customers can see.

The problem of rhetoric over action has been made starkly clear in investment funds that claim to be socially responsible. Environmental, social and governance, or ESG, funds often include oil and gas companies, which are major contributors to carbon emissions, or other large companies like Coca-Cola, which produces 110 billion single-use plastic bottles per year. Many of the companies included in those funds have taken steps to reduce their environmental impact but are still far from having a neutral or positive impact on the environment.

Determining the value of sustainability

Shifting business practices to be more environmentally-friendly can be expensive, at least in up-front costs, which makes businesses averse to making necessary changes.

“Someone can come up with a cost of doing something different much more quickly than determining what is the value to the business,” said Bruno Sarda, president of the Carbon Disclosure Project North America, a nonprofit that collects information about how companies are trying to reduce their environmental impact.

It is relatively easy to calculate the savings from buying renewable energy, Sarda said, but not all sustainability solutions are as straight-forward. Changing an entire business supply chain to use more sustainable raw materials or recycle those materials, as Apple has promised to do, is likely to require a costly initial investment even if it would pay off years later.

One immediate benefit of implementing sustainable business practices? It can build goodwill with increasingly environmentally-conscious customers.

Government regulation can encourage companies to change their practices by putting a higher price tag on environmental damage, but politicians are often hesitant to increase regulations for fear of hurting business.

Supporting real sustainability means encouraging customers to consume less,, environmental experts say. That goal stands in direct contrast to companies’ business models, which is to expand and sell more of their product.

But some businesses are trying to find a balance. Patagonia, the outdoor clothing and gear company, has long advocated for reduced consumption.

“We hope our existing customers do indeed buy less. But we hope to attract more customers that are interested in our message: to build the best product, to reduce our impact and cause the least amount of environmental harm,” Doug Freeman, Patagonia’s chief operating officer, told the PBS NewsHour in 2015.

Patagonia closed all its stores and offices Friday to allow its employees to join the global climate strike, and it’s pledged to only use renewable or recyclable materials in its products by 2025 as a way to reduce carbon emissions.

Patagonia has the flexibility to make these decisions that could cut into profits in the short-term because it’s a privately held company so it is not pressured to show quarterly growth like publicly-traded companies.

Patagonia’s products, however, are more expensive than many other companies, which makes marketing difficult in a marketplace where consumers tend to choose the cheapest option.

For Patagonia’s model to work in the larger marketplace, consumers either have to believe that the higher price they are paying for a product now will save them money later because they are paying for a higher-quality product and will not have to replace it in the near future, or they have to be willing to pay the higher price in exchange for being more environmentally friendly. Both scenarios require a change in mindset, which economists say is not easy to achieve.

The economic problem known as the “tragedy of the commons” posits that people believe if they do not use a natural resource, someone else will, and they will lose out. That mindset leads people (and companies) to deplete valuable resources.

As a way to get around this problem, companies have been teaming up with each other and with environmentally-focused nonprofits.

Loop is one such effort. Earlier this year, Walgreens and Kroger partnered with TerraCycle, a waste management company, to sell dozens of consumer products through a circular shopping system. Customers of Loop can buy a wide variety of products, from pasta to shampoo, in reusable containers. The products are delivered to the customers’ homes and, when they are empty, the containers can be picked up to be cleaned and reused. 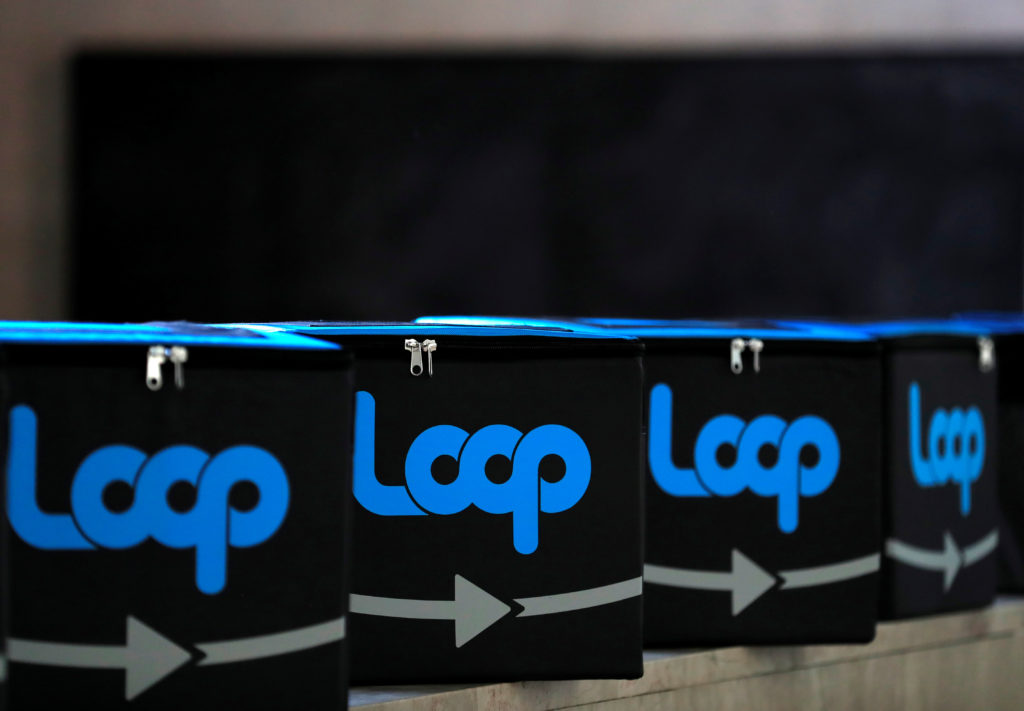 Delivery boxes with the logo of Loop are displayed before the news conference held by French retailer Carrefour and U.S. waste recycling firm TerraCycle to launch Loop, an e-commerce service to cut the flow of single-use plastic containers in Paris, France May 14, 2019. REUTERS/Gonzalo Fuentes

By working together, companies gain more leverage in the national and global marketplace and legitimacy in the eyes of consumers, said Joanne Sonenshine, the CEO of Connective Impact, a sustainability business consulting firm based in the Washington, D.C.-area.

“If you have a group of very respectable nonprofits or research agencies saying we are working with this company because we believe they can make a change, that puts a lot of credence behind what they are trying to do,” Sonenshine said.

But Loop is only currently available to customers in a handful of northeastern states, and while other companies are creating similar circular economic models, environmental activists warn that they aren’t being adopted quickly enough to address the looming threat of climate change.