What WOW’s collapse means for budget airlines and tourism

After eight years in operation, WOW air shut down abruptly Thursday, cancelling all of its flights.

“It’s not a surprise to industry insiders because they have been in financial distress for some time,” said Kerry Tan, an associate professor of economics at Loyola University Maryland who studies the budget airline industry.

Last year, WOW was running low on cash, and attempts to get out from under the financial woes through acquisition deals fell through.

The news comes after other budget airlines, including Cobalt and Primera Air, have ceased operations in recent years. Norwegian Air also faces financial troubles but was able to avoid a similar fate because of an injection of cash from investors.

But Tan said the turmoil is not indicative of a systemic problem all low-cost airlines. WOW’s business model was run on particularly thin profit margins — to the point that when fuel prices went up, it threatened their sustainability, he said.

WOW’s failure “is a signal of how difficult it is to start a new airline in this industry because of the high cost,” Tan said.

Even with the company’s recent financial woes, its collapse came as a shock to the thousands of tourists suddenly stranded in foreign countries.

Now, as those travelers scurry to solve their own dilemmas, WOW’s closure may also be presenting new challenges and opportunities for remaining budget airlines and the destinations where they fly — nowhere more so than Iceland, where the company was headquartered.

How WOW helped put Iceland on the map

While Iceland started to gain popularity as far back as 2002, tourism began to grow exponentially starting around 2013. In 2010, fewer than a half million foreign tourists visited Iceland. By 2018, that number had more than quadrupled to 2.3 million, with about 30 percent of visitors coming from the U.S.

The spike came from a combination of two factors: a marketing campaign from the Iceland Tourism Board and the launch of WOW air.

In April 2010, the eyes of the world turned to Iceland when the Eyjafjallajökull volcano erupted. The Iceland Tourism Board capitalized on the news and launched a campaign aimed at convincing tourists the country was safe and beautiful. 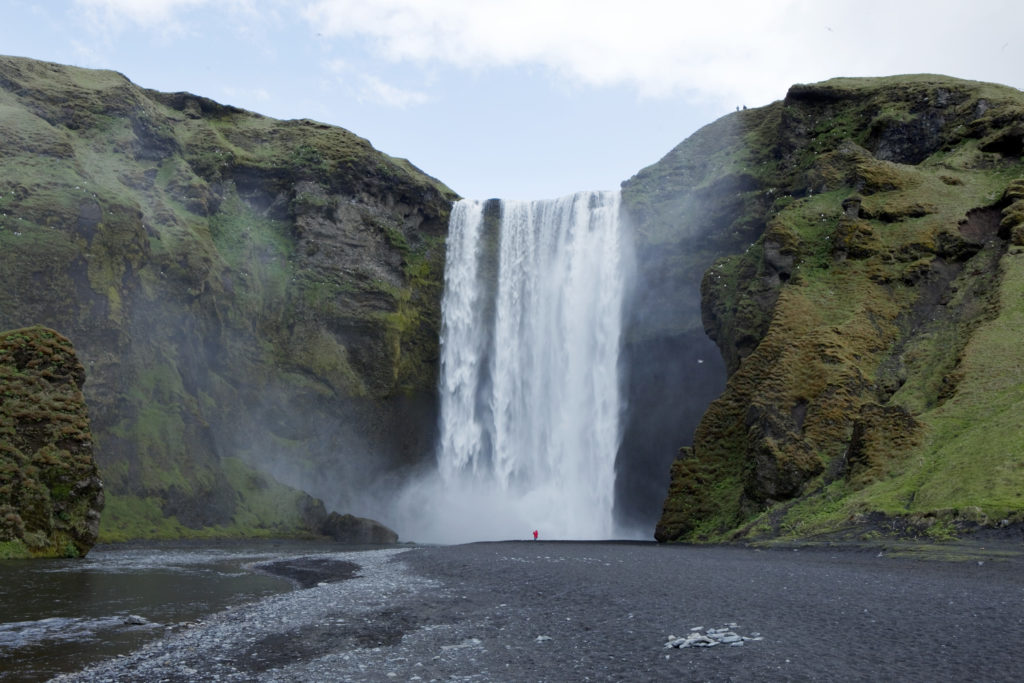 A woman stands in front of a waterfall in Skogarfoss, Iceland on May 28, 2011.
Photo by Lucas Jackson/Reuters

While many other airlines charged more than $1,000 to fly to Iceland, WOW offered flights for as low as $99 one way. It was part of a larger trend: budget airlines reducing their own costs as much as possible to undercut larger, more established airlines.

Tourism officials hailed the economic benefits of Iceland having more visitors, who spent $500 billion in 2017.

Will tourists stick with Iceland or look elsewhere?

Budget airlines can boost tourism, but the Icelandic bank Arion estimates that after WOW’s conclusion, tourism to that country could decline by as much as 16 percent.

Icelandic officials say they are hopeful the numbers will not drop drastically in the coming years because the country has become less dependent on any single airline.

Visit Iceland director Inga Hlín Pálsdóttir said that 15 airlines will be flying to Iceland this winter, and 25 in the summer, from 73 destinations across Europe and North America.

Even if there is a decline, that could be good news for a country some said was struggling to keep up with a rise in tourists who have been criticized for destroying the natural beauty and culture of Iceland.

Visit Iceland argues the country is not overcrowded. It points out that Iceland has still had far fewer tourists per kilometer than other countries. Iceland welcomed about the same number of tourists as Malta in 2017, but Iceland is 326 times larger.

An onslaught of tourists is a problem many cities off the beaten path, such as Porto, Portugal, have encountered as budget airlines have given them a new status as tourist destinations. Low-cost carriers focused on these “B-priority destinations” because the airports had more availability for new flights and the cost to fly into those locations are often cheaper, said Urs Wagenseil, a business professor at Switzerland’s Lucerne University of Applied Sciences and Arts. 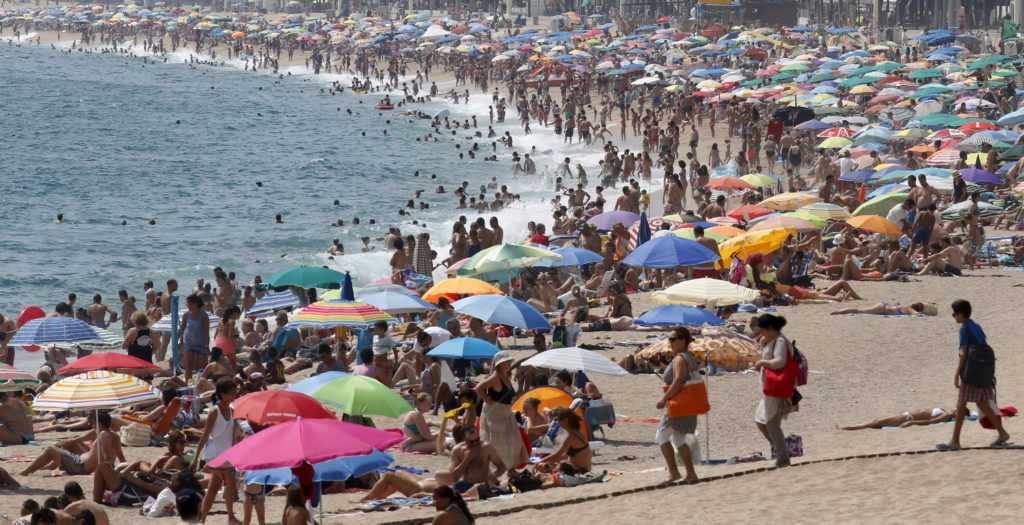 People cool off at platja d’Aro beach in Costa Brava, north of Barcelona, Spain, on August 23, 2015. Many European cities have become crowded with tourists, in part because of the growth of low-cost airlines. Photo by Albert Gea/Reuters

“Maybe ‘less is more,’” Wagenseil wrote in an email to the PBS NewsHour. “Tourism is not only an economic business model, but more and more needs to focus on social and ecological aspects too.”

Because Iceland has now established itself as an attractive tourist destination (just scroll through any of the Instagram accounts dedicated to Iceland travel and try to resist booking a flight immediately), there will still be a demand for cheap flights, and other airlines are likely to fill the need.

The end of WOW could not only provide opportunities for budget companies, but for other potential travel locales as well.

But if other airlines’ prices can’t meet WOW’s lows, Tan said, tourists might start looking to the other destinations where budget airlines are starting to fly, such as Krakow, Poland, or even Hawaii, which is seeing a bump in tourism with the launch of Southwest Airlines’ new routes — destinations that could become the new Iceland.

Left: A WOW airplane is seen flying into the Amsterdam Schiphol Airport in the Netherlands. WOW announced Thursday it was ceasing operations and cancelled all flights. Photo courtesy: Nicky Boogaard/Flickr