Market swings and a wave of event cancellations as virus spreads

WASHINGTON (AP) — Seven weeks after the first case of COVID-19 was confirmed in the U.S., the spread of the virus that causes the disease has done widespread damage to critical economic sectors in the country. The World Health Organization declared the new coronavirus a pandemic. Airlines are cutting capacity, people are working from home, major public events that raise millions of dollars for local communities have been canceled, including the St. Patrick’s Day parade in Boston, and the New York Auto Show. The Associated Press is publishing a running tally of the effects of the coronavirus on people, businesses, and the economy.

Volatile is the new normal

A wild start to the month on U.S. markets is becoming the new normal. Swings of 1,000 points or more on the Dow is occurring almost daily. In the first three days of this week, the Dow has fallen 2,000, risen 1,700, and plunged again Wednesday, with the Dow falling more than 1,200 points. Goldman Sachs says the longest bull market in history will end soon. Sachs lowered its 2020 corporate earnings forecast for S&P 500 companies for the second time in less than two weeks Wednesday.

Most of Europe rebounded and the Bank of England cut its key interest rate by half a percentage point to 0.25% and offered financial liquidity measures in response to the outbreak of the COVID-19 virus. Asian markets slid.

Saudi Arabia intensified its fight with Russia over the production cuts it wanted in a bid to halt tumbling oil prices. Benchmark U.S. crude is down almost 50% this year. On Wednesday, Saudi’s state-owned Aramco said it will increase production capacity to 13 million barrels per day, up from 12 million per day. It hopes to make it more painful for oil-producing countries to continue without production cuts. Saudi Arabia has been producing around 9.8 million barrels per day, carrying the bulk of cuts that were agreed upon by OPEC members and other major oil producers like Russia. The Saudis have used scorched-earth polices to bring oil-producing nation’s to heel on the past. Crude prices fell 3% Wednesday, nearing $33 per barrel.

The list of cancelled or postponed events that historically have drawn thousands of people each year, from multi-day rock concerts to business conventions, is growing. On Wednesday, the annual New York Auto Show, scheduled for next month, joined that list. Organizers officially postponed the event until August due to the spread of coronavirus in the region. Automakers have started to unveil vehicles outside of shows, decreasing the shows’ importance. The coronavirus threat compounds the problem. Earlier this month the Geneva International Motor Show was abruptly canceled due to the virus. Also on Wednesday, organizers of the massive E3 tech show cancelled the event. It is a huge platform for tech companies including Microsoft, which was expected to unveil the new Xbox gaming console. 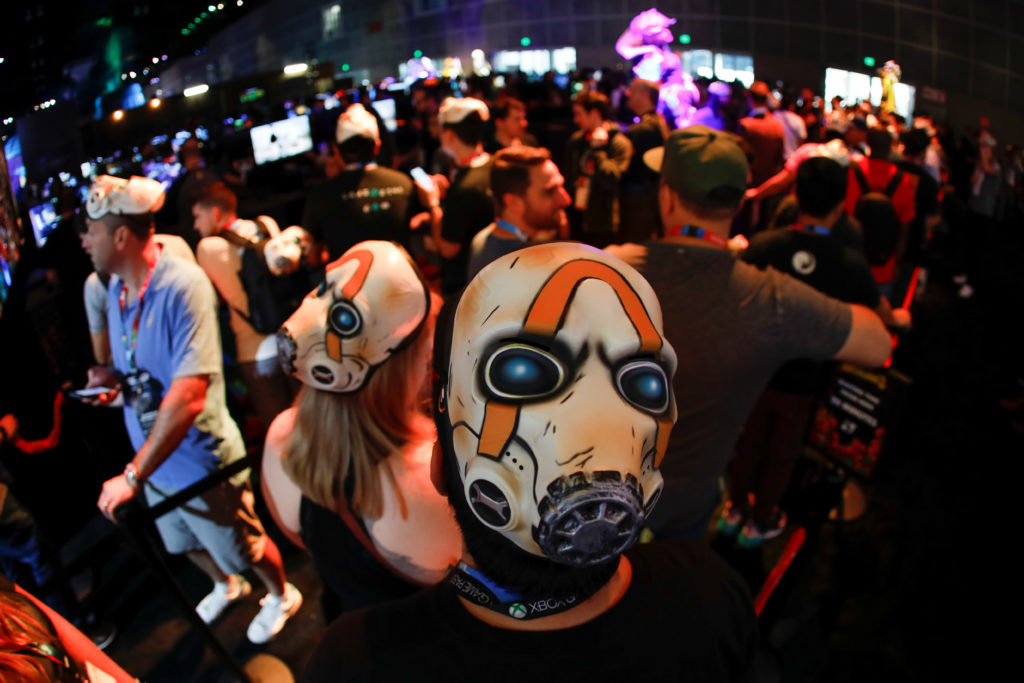 Cruisin’ for a bruisin’

Cruise ship operators continue to take a beating on Wall Street and Royal Caribbean has withdrawn first-quarter and full 2020 guidance as it scrambles to raise cash while its business model comes under attack on multiple fronts. Cruise ships in Japan, Florida and California have been quarantined in the past month due to coronavirus fears after positive tests of passengers and crews. The U.S. State Department has advised against any travel on cruise ships, particularly for those with underlying health conditions. The advisory said the CDC has noted an “increased risk of infection of COVID-19 in a cruise ship environment.”

The hotel industry is under duress. Business travel, vacations and other events are being cancelled daily, and so are room reservations. This week, Hilton pulled its forecast for the first quarter and the year citing uncertainty as the coronavirus spreads. Hilton Worldwide Holdings Inc. follows Hyatt and Park Hotels & Resorts in pulling its outlook.

Railroads are seeing a sharp decline in the number of containers of imported goods they are carrying because of the impact the coronavirus outbreak is having on Asian factories. The Association of American Railroads said Wednesday that the number of intermodal containers that U.S. railroads hauled last week fell 14.1 percent over last year.

The railroad trade group said it is difficult to determine how much of the drop in shipments of containers of goods is related to the virus outbreak, but it is clear that is playing a role. “With the number of ships arriving at West Coast ports from Asia down sharply due to the coronavirus, it stands to reason that railroads are beginning to feel an impact too,” said John Gray with the AAR.

Already under heavy pressure from protracted trade disputes, shares of major ocean shippers are sinking further due to the viral threat to the global economy. Shares in some of the biggest shippers have lost between quarter to nearly half their value this year. A JPMorgan industry analyst said that shippers could potentially catch up with recent capacity cuts as the supply chain normalizes and Chinese factories re-open. However, the bigger threat is the surge in coronavirus cases in the U.S. and Europe. “The outbreak is likely to undermine global trade activity and possibly trigger a global economic slowdown, given the shipping industry is a significant facilitator of global trade,” the analyst wrote. OPEC cut its world oil demand expectations for the year, which hit energy shippers like Teekay and Golar LNG hard.

The casino industry is being ravaged by fewer tourists willing to travel and gamblers seeing the casino floor as a risky health bet. Shares in MGM, Wynn, Las Vegas Sands and Caesars are down between 25% and 45% since late February. Industry analysts are lowering their expectations for the first quarter. Ratings company Egan-Jones says gaming revenue in Macao, a huge gambling resort that attracts millions of Chinese gamblers, plunged 87.8% in February as casinos closed for two weeks. Gross gaming revenue in Macao is down about 50% year-to-date, Egan Jones said.

Left: A man in a face mask is seen at the Cadorna railway station in Milan, as the country is hit by the coronavirus outbreak. Italy, February 25, 2020. REUTERS/Flavio Lo Scalzo - RC2P7F9X7392