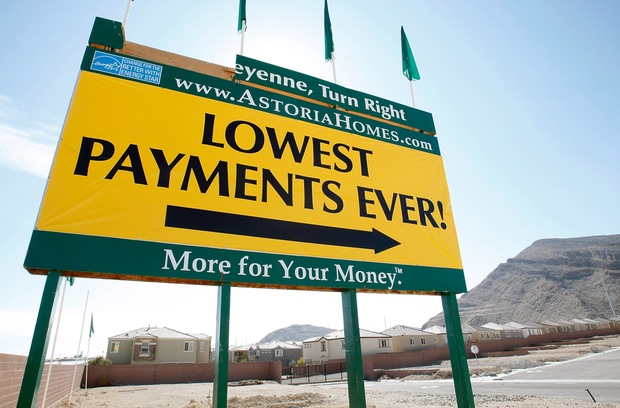 By Paul Solman and Elizabeth Shell

The monthly housing data released Tuesday by Standard and Poor’s Case-Shiller Index came with sparse good news. Home prices have declined yet again, continuing their wobbly down-up-down decline after the market bubble burst in 2006. Of the 20 metropolitan areas the Index watches, the composite was down nearly 0.7 percent from October and down 3.7 percent from November 2010.

“The bell has not yet tolled for a sign that the market is recovering,” Susan Wachter, professor of real estate and finance at University of Pennsylvania’s Wharton School, told us. “And it is not surprising. We’re seeing a continuation of a downward trend.”

Exploring our interactive below, you can see how prices have changed since 2000 in these 20 metro areas, and that overall, prices are back to their mid-2003 levels.

Oh, and the good news, relatively speaking — Detroit and Washington, D.C.’s prices are up compared to November of last year. But if you live outside the Beltway or Motown, what does all this mean? Why are housing prices so low?

The key, according to Wachter, is unemployment. That’s important when we look at being able to pay for a place to live, especially a home of one’s own. New households form when people separate from family living arrangements — when children move out and buy a house, for example. But if unemployment stays high, those kids that can’t find jobs might be sticking around with their parents longer, and Wachter says not a lot of new households will form.

“We have households forming at historic lows,” she said. “This is reflective of people doubling up because they can’t afford to go off and form their own households.”

But there are other factors at play. Even though, given the so-called fundamentals, this should be a buyer’s market, psychology is key. So while mortgage interest rates are literally at an all-time low, housing prices are back in line with income levels and the gap between the cost of owning vs. renting has closed substantially in many areas, there’s still a general lack of confidence.

“Buyers who are on the sidelines are concerned about the market, and understandably so,” Wachter added. “They’re concerned their $20,000 down payment could be lost” if prices continue to fall.

Further fueling the fear is a huge inventory of homes plus a glut of potential houses coming on the market from foreclosures, distressed sales and the like — a “shadow” inventory. Wachter says these factors might cause prices to overshoot the fundamentals again, as they did during the real estate boom, but this time, overshoot on the downside.

Which might be all very well and good for the potential buyer — she’s acting rationally. Why buy a house now and potentially lose money if you think you can get a better deal in a few months? But her rational behavior feeds a negative feedback loop. “I’ll wait for a better, lower price,” she thinks, betting prices will continue to drop. Her not buying keeps prices low and causes others to not buy as they see no one’s buying.

According Wachter, the loop has been looping for some time.

“What’s really indicative is that we’re down year over year. We’re seeing the air continue to slowly hiss out of the housing balloon after it popped.”

For housing, at least, today’s numbers suggest we have further to wait for the hissing to stop, the balloon to finish deflating.