Are the French Better Off Than Americans? 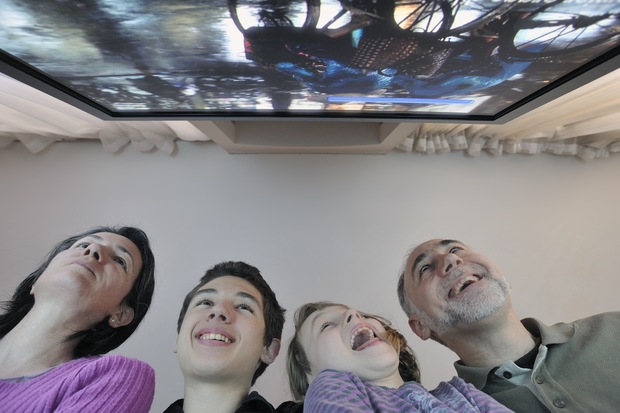 The French might be paying less when it comes to triple play packages. Photo by Sami Sarkis via Getty Images.

Paul Solman frequently answers questions from the NewsHour audience on business and economic news here on his Making Sen$e page. Here is a follow-up of Wednesday’s post:

Yesterday’s mail brought a couple of interesting — and diametrically opposed — comments to our Wednesday broadcast story about David Cay Johnston’s new book, “The Fine Print: How Big Companies Use ‘Plain English’ to Rob You Blind.”

Viewers both confirmed and took issue with Johnston’s assertion that the French get a much better “triple play” deal than we Americans do:

David Cay Johnston: I have in my house something called a triple play package. You get internet, telephone and cable TV.

Paul Solman: Right, I have that too.

David Cay Johnston: And I pay for the basic service with taxes $160 a month.

Paul Solman: Yeah, that’s about what we pay.

David Cay Johnston: If you go to France you get the same package for the equivalent of $38 a month and you don’t get two country calling, you get worldwide calling to 70 countries. You get live TV from all around the planet and your internet is 20 times faster uploading and 10 times faster downloading.

In the comments section on the video page, kubajean said Johnston was on the mark:

Yep, sister in France has unlimited free cell phone calling worldwide (to landlines, cells) for 16 euros a month and unlimited cable, fast internet for another 35 euros/month… okay so they pay more to get drivers’ licenses but that is a one time thing…

But in our viewer mail, Jack Peverill demanded a retraction:

With respect to the interview of David Cay Johnson on last night’s Newshour, agree with most of what he said, BUT his statement that in France you get a basket of TV, phone and internet services for $38 is simply wrong. I live in France, and I pay more than that for JUST a basic land line. The price for the package is very much higher, and that does not include all the little extras that you have to pay for like charging you for calls, etc. Also, I pay $200 a year to the government just because I own a TV and this is a cost benefit for France Telecom. He is seriously misinformed about this and hasn’t done his homework! When it comes to France and TV, I assure you there is no free lunch. I would like a reply and a retraction by him of this erroneous statement.

We thought of putting Mr. Peverill in touch with kubajean’s sister for tips on getting a better deal, but instead we put his comments to David Cay Johnston for response:

I used the figure from the Orange brochure sent to me by a journalist near Nice who told me she pays 29,99 euros, which works out to about $38 (at the moment $39). I asked for the brochure along with her bill and the brochure shows a triple play at this price.

Prices vary in the U.S. While the $160 figure I cited is typical, I know people who pay more than $200, and if you are a new customer you mat get a triple play for as little as $79 for a year or two — plus taxes.

Have you lived abroad and purchased triple play services? What’s been your experience? Let us know…