People leaving prison have a hard time getting jobs. The pandemic has made things worse

Christopher Williams was released from prison in 2019 and, within the year, found work as a line cook through a culinary arts program. But in June 2020, in the midst of the pandemic, he was injured in a workplace accident and can no longer work a physically intensive job.

Since then, he’s been applying to less strenuous jobs. This time, he said many of the companies openly denied his application on the grounds of his criminal record.

In some instances, the company he applied to said they had no record of his application at all.

“It’s been one door closed after another,” he said. “It was really disheartening.”

“There’s a whole lot of barriers that’s in the way for people trying to get on their feet,” said Corey Knight, founder and CEO of the Hope Foundation Reentry Network, which offers returning citizens mentorship and employment connections.

READ MORE: How to help someone coming out of the criminal justice system

For formerly incarcerated people, the ability to find employment has only become harder over the last year. The COVID-19 pandemic has caused unemployment in the U.S. to skyrocket to levels not seen since 1948, when jobless data collection began. At the peak in April 2020, unemployment hit nearly 15 percent, which translates to one in seven workers in America facing joblessness.

While employment has somewhat rebounded in recent months, experts say that things have not improved in the same ways for people reentering society after leaving prison.

Long before the pandemic, formerly incarcerated people had a higher rate of unemployment than the general population — on average, formerly incarcerated people are unemployed at a rate of 27 percent, according to research by the Prison Policy Institute. That rate has likely only gotten worse since the pandemic hit, though there’s no up-to-date data on unemployment for this population, much less data for the current pandemic era.

“If you compare it to the general population of America, it would be higher than anything we experienced since the Great Depression,” said Wanda Bertram, communications strategist with the Prison Policy Institute.

“When there’s a squeeze on the job market opportunities, the first people to be cut out of the workforce are people with criminal records,” Bertram said.

The challenges in finding employment can start well before release. Inmates are supposed to receive transition services such as documentation assistance before they are released. But some said for various reasons, they did not.

Christy Cooke, who left prison in November 2020, said she was supposed to receive a state ID before release, but had to acquire it herself since there wasn’t enough staff available at her prison to help.

“I get out, no social security card, no birth certificate, no identification, no nothing,” she said. “It’s been stressful.”

Acquiring the state ID herself took two months, longer than usual due to the virus, and meant she had to pay out of pocket to buy both a new birth certificate and an ID.

Outside mentorship organizations such as the Hope Foundation and Justice Reskill are often key to a smooth transition and to help people find employment when they are released. During the pandemic, however, their services have also become limited.

Knight explained that, in pre-pandemic times, he could visit inmates in person to help transition them towards life on the outside. During the pandemic, however, he can only send prerecorded videos and education packets, which may not adequately prepare them for the outside world.

WATCH: How obtaining identification can complicate the road from prison

“How can we educate them, stimulate their minds, give them hope, let them know that we’re still engaged with them?” he asked.

Aaron Clark, the founder of Justice Reskill in Boulder, Colorado, said his organization has also been hampered by virus lockdowns. Their plans to expand inside the Department of Corrections have been put on hold and their only way to communicate and interview inmates is over video call, which he said is difficult to coordinate.

Beyond administrative issues, education is often a large barrier for people reentering society after decades of incarceration.

Bertram said less than 4 percent of formerly incarcerated people have a college degree. Further still, 25 percent do not have a GED, often a minimum requirement on job applications.

That can especially be a problem for people who can no longer handle intense physical work like Williams, who said he saw his employment options narrow significantly after he was injured on the job.

“It totally put me out,” he said. “I was forced to make a career shift.”

Cooke estimated that she’s submitted about 140 applications since she began her job search after leaving prison in November of 2020.

Both Williams and Cooke are working with Justice Reskill to develop computer skills with the hope that it will improve their chances in the marketplace.

“I’m a fast learner and my family’s success depends on it,” Williams said. “I’m doing it for my kids … that’s what it’s about now.”

But, even when a formerly incarcerated person is perfectly qualified for a position, often working a similar job for years in prison, Knight explained, they are still often overlooked.

Prisoners in California who volunteer as firefighters, for instance, only recently became eligible to work as firefighters after leaving incarceration. Before the state passed legislation, their criminal records prevented them from earning the certification necessary to work with fire departments after their release.

This type of barrier largely stems from cultural assumptions made by employers when the criminal history comes up. 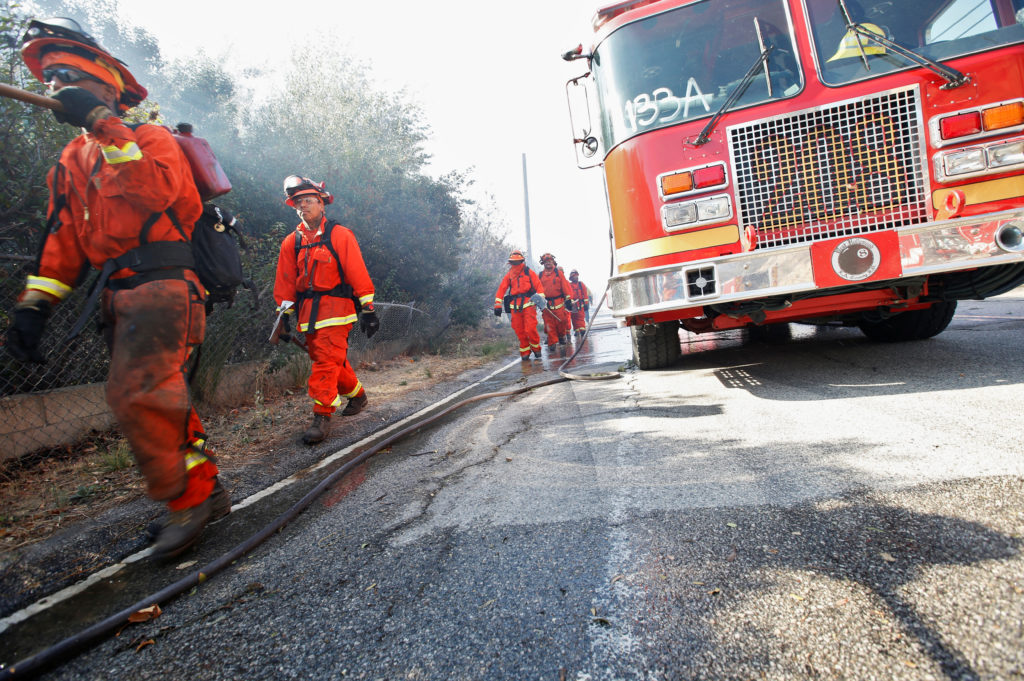 “Some of them may have some basis in fact, some do not,” he said.

Korzenik said employers often assume the worst when they see someone has a criminal record, even though the vast majority of those incarcerated are serving time for non-violent crimes. According to data from the Prison Policy Institute, those convicted of violent or sexual offences are unlikely to be arrested again for the same offense.

Despite this, assumptions still exist among employers.

Korzenik pointed to the perceived legal risks involved, particularly negligent hiring liability, which can make a business responsible if one employee injures another. He said that, even though this is a rare legal outcome, it could be devastating for a small business.

He also noted that employers sometimes assume a drop in quality when reviewing potential hires with criminal backgrounds. He explained that many employers see this group of people as “candidates of last resort,” and prioritize other potential hires.

However, he explained that companies he’s spoken to that perform second chance hiring find employees with criminal backgrounds very engaged in their work and loyal to the business.

These perceptions stack the odds against people with criminal records, and for a job market in the throes of a pandemic recession, employment can become a near impossibility.

Cooke said she witnessed firsthand how the high unemployment rate was making it more difficult for formerly incarcerated people to find work.

To get a better understanding of the jobs she applied for, she said she would speak to the company’s employees. Many of them have told her they were working at the company on a temporary basis as they waited for their “real” jobs to return after the pandemic.

“So all those ‘easier’ jobs that most felons try to do — day laborer, fast food, basic retail, call centers, work-from-home — they’re all taken up by people that should be working elsewhere,” she said.

Knight said a big concern during this long period of joblessness is that formerly incarcerated people will fall back into old habits, using drugs to get away from the stress and boredom or committing crimes out of desperation or need, sending them on a path back to prison.

The toll of the pandemic and joblessness for thousands of Americans, has caused or exacerbated mental health issues. For people reentering society, that’s no different.

Knight said formerly incarcerated people inevitably need time to get reacquainted with the outside world and eventually find employment. During this time, they often depend on their family and community for financial support.

But with the wave of unemployment in 2020, many families are already struggling with joblessness. Knight said that can be especially difficult when another family member comes back from incarceration.

“We hate to say it, but somebody has to come home and be a [burden] to their family who have lost their income,” he said.

Seeing yourself as a burden on others, even during more normal times, can cause strain on a person already having difficulties reintegrating into regular life.

“That can really affect a man’s pride and his mentality,” Knight said.

A 2019 study from Rutgers University-Camden found that dealing with barriers during reentry also makes a person more likely to experience poor mental and physical health.

When Williams left prison, he learned that he had a child, and that the child was placed into foster care while he was gone. He successfully gained custody and had a second child with his fiance. This struggle, along with his back injury and complications while seeking a job, all happened since his release in 2019.

He said it was “hard not to take some things personal” when dealing with all these roadblocks.

Despite these difficulties, he’s been able to get therapy and is confident that things will turn around, as long as he keeps moving forward and stays away from old habits.

“If you just walk that path, things fall in line eventually,” he said. “And I just keep that in my heart.”

Cooke also feels hopeful about her situation, particularly because of the help she’s found from groups like Justice Reskill.

“Despite feeling stressed, I also feel, at the same time, very blessed,” she said.

How politics is disrupting the vaccine rollout for inmates