NEW YORK — Retailers are expected to usher in the unofficial start to the holiday shopping season Friday with bigger crowds than last year in a closer step toward normalcy. But the fallout from the pandemic continues to weigh on businesses and shoppers’ minds.

Buoyed by solid hiring, healthy pay gains and substantial savings, customers are returning to stores and splurging on all types of items. But the spike has also resulted in limited selection across the board as suppliers and retailers have been caught flat-footed.

Shortages of shipping containers and truckers have delayed deliveries while inflation continues to creep. The combination of not finding the right item at the right price — in addition to a labor shortage that makes it more difficult for businesses to respond to customers — could make for a less festive mood.

At Macy’s Herald Square store in Manhattan, shelves were stocked and shoppers were steadily streaming in at 6:30 am, a half hour after the doors opened.

Aniva Pawlowski got to Macy’s just ahead of the 6 a.m. opening with plans to buy shoes and coats. Shopping on Thanksgiving Day had been a family tradition, but she stayed home last year and just shopped online. Worries about shortages drove the New Yorker to shop in person and she plans to spend about $1,000 on holiday shopping, similar to years past, even though she’s concerned about rising costs for gas and food.

“Everything is expensive,” she said. 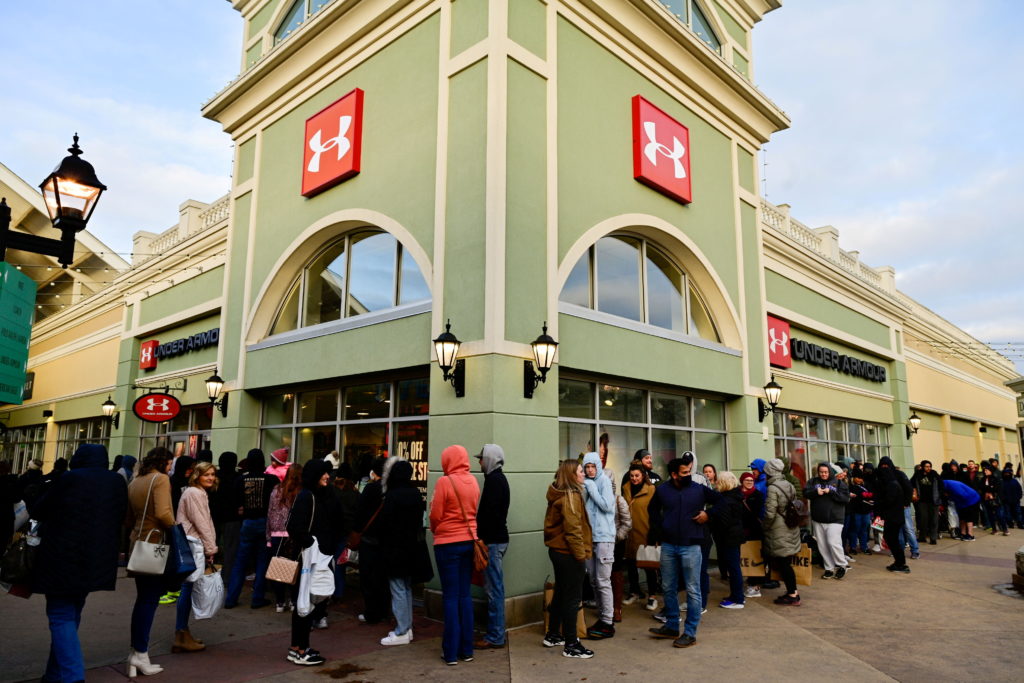 Shoppers are expected to pay on average between 5% to 17% more for toys, clothing, appliances, TVs and others purchases on Black Friday this year compared with last year, according to Aurelien Duthoit, senior sector advisor at Allianz Research, with the biggest price increases on TVs. That’s because whatever discounts available will be applied to goods that already cost more.

Big retailers have been preparing for the holiday season, trying to find workarounds to supply chain hold-ups. Some of the biggest U.S. retailers are rerouting goods to less congested ports, even chartering their own vessels.

“We are deep and we are ready,” Macy’s CEO Jeff Gennette told The Associated Press, noting inventory levels are up 20% compared to last year. “We are in good shape.”

But at a Best Buy in the Denver suburb of Lone Tree, one shopper couldn’t find what she wanted.

“The thing that I came in for is already out of stock both in the store and online,” said Addi Vanderbeld while browsing Apple laptops. “Now I am looking around just to try and find something to make the best of getting up at 4 a.m. to get down here.”

While Black Friday has a strong hold on Americans’ imaginations as a day of crazed shopping, it has lost stature over the last decade as stores opened on Thanksgiving and shopping shifted to Amazon and other online retailers. Stores diluted the day’s importance further by advertising Black Friday sales on more and more days.

The pandemic led many retailers to close stores on Thanksgiving Day and push discounts on their websites, starting as early as October. That’s continuing this year, although there are deals in stores as well.

Still, some experts believe Black Friday will again be the busiest shopping day this year.

Crowds at Macy’s were higher in the first few hours of their 6 a.m. opening compared with last year, while online sales were strong, CEO Gennette said. 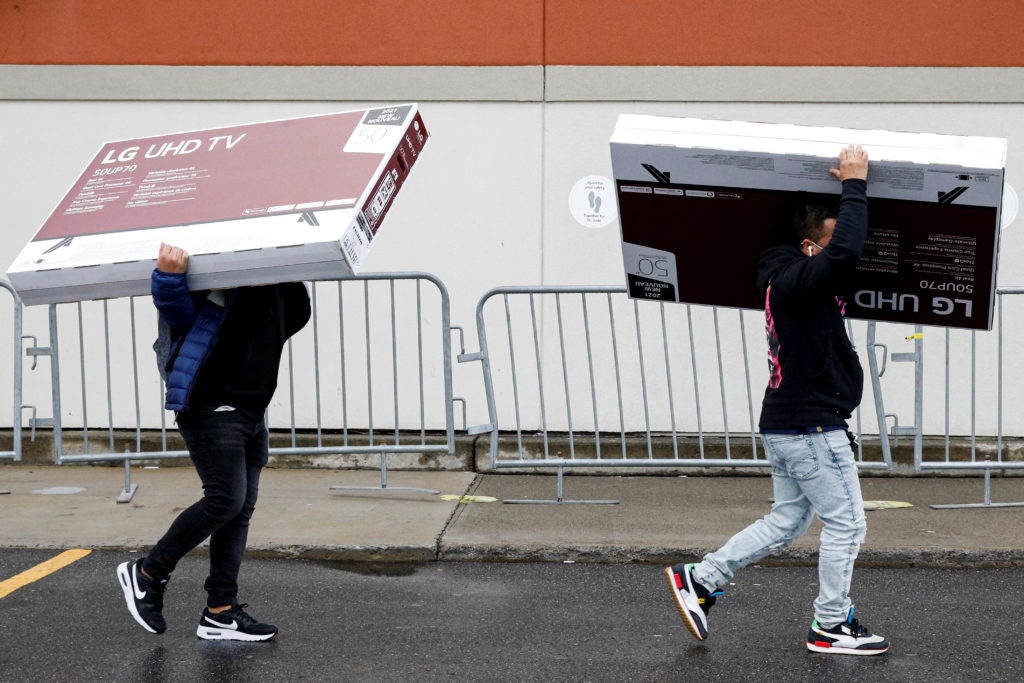 Carol Claridge of Bourne, England, has been coming to New York for Thanksgiving-week shopping for 15 years, but skipped it last year because of the pandemic. The U.S. reopened to travelers from the U.K. earlier in November when it lifted pandemic travel bans.

“We had to wait a long time to do this,” said Claridge, who was looking at beauty gift sets on the first floor of Macy’s with a friend. “We are picking up anything we see that we like. We call it our annual shopping outing.”

For some, this year’s Black Friday was a subdued experience. There were roughly three dozen people in line at the Denver-area Best Buy when doors opened at 5 a.m., said shopper Edmond Kunath.

“It is amazing how small the crowd is here this morning,” said Kunath, who was looking for deals on Apple AirPods headphones and a hard drive.

U.S. retail sales, excluding auto and gas, from this past Monday through Sunday are expected to increase 10% from last year and 12% from the 2019 holiday season, according to Mastercard SpendingPulse, which measures overall retail sales across all payment types. Sales on Black Friday are expected to surge 20% from a year ago as store traffic comes back.

Online shopping remains huge, and sales online are expected to rise 7% for the week after the massive 46% gain a year ago, when many shoppers stayed home, according to Mastercard. For the overall holiday season, online sales should increase 10% from a year ago, compared with a 33% increase last year, according to Adobe Digital Economy Index.

For the November and December period, the National Retail Federation, the nation’s largest retail trade group, predicts that sales will increase between 8.5% and 10.5%. Holiday sales increased about 8% in 2020 when shoppers, locked down during the early part of the pandemic, spent their money on pajamas and home goods.

David Zalubowski contributed to this report from Lone Tree, Colorado.

Left: A person with a hand full of shopping bags walks by as Black Friday sales begin at The Outlet Shoppes of the Bluegrass in Simpsonville, Kentucky. Photo by Jon Cherry/Reuters