They All Got it Right: Polls, Markets, and Models 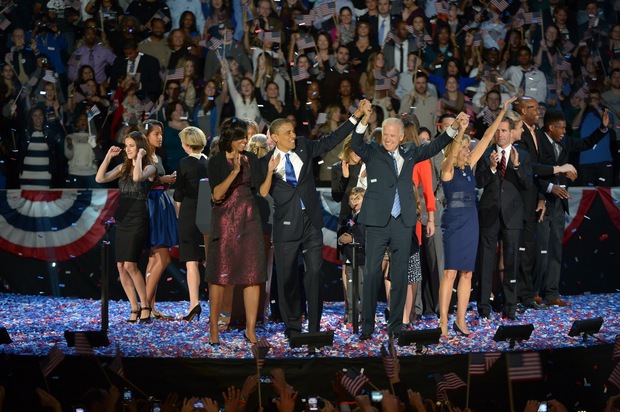 The polls got it mostly right. Ray Fair’s economic model forecast a result well within the final margin of error. And the prediction markets were spot on, as were the data aggregators who depend on all of the above like Nate Silver, David Rothschild and Sam Wang.

Among the pollsters, Gallup and Rasmussen got it wrong but the “polls-of-polls” approach worked very well. After watching Quinnipiac in action, I admit to being deeply skeptical. Didn’t the callers themselves tell me they reached only three live people for every hundred calls they made? Didn’t a group of friends this weekend swear that they would never answer a phone poll — not a one of them? Wasn’t that an example of “skewing”?

But when I ran into Richard Light, my grad school statistics professor, at a restaurant and put my skepticism to him, he explained cheerily that if poll after poll comes up with the same results, there’s bound to be validity in the numbers. Which forecasters did he most trust, though? The prediction markets.

That’s the same answer we’d gotten from economic modeler Ray Fair and forecast aggregator David Rothschild, among many others. Thus did we focus on the market numbers throughout the final few weeks, both at Making Sen$e and on Twitter.

Most online markets focused almost exclusively on the winner of the election. That proved increasingly easy, it seemed, given the polling data, the hurricane and Chris Christie, and positive economic reports. As the election approached, President Obama was the clear favorite on every site, with odds that gave him roughly a 70 percent chance of winning. Indeed, he’d been the clear favorite all year, his only swoon coming after the first debate. And even then, the odds never really dropped below 60 percent.

The Iowa Electronic Markets, however, also featured betting on the final outcome of the popular vote. IEM’s final forecast, as of election eve: 50.9 percent for President Obama; 48.7 percent for Mitt Romney. The actual tally, as I write this: 50 percent Obama; 48.4 percent Romney. Not too shabby, though it reminds me of something said decades ago by the late Michael Dertouzos, Professor at the Massachusetts Institute of Technology and Director of the MIT Laboratory for Computer Science (LCS) from 1974 to 2001.

Dertouzos was an expert on Japan where, he said, if you took a vote on any major issue, the results would be something like 90-10, consistent with the country’s homogeneity. By contrast, he said, in heterogeneous, contentious America, the result is always going to be close to 50-50.

One last point. There was a persistent discrepancy, in recent weeks, on the betting markets: between the odds at Intrade, based in Ireland but open to U.S. bettors, and online markets pretty much everywhere else, mainly domiciled in the UK and closed to U.S. bettors. Intrade consistently made the odds for Mitt Romney better than other markets did. Was it market manipulation on Intrade, the most widely watched site? An attempt, that is, to build momentum for the Republican ticket? Or was it instead ingenuous punters who just couldn’t believe Romney was such an underdog?

We put the following question to our MIT MBA arbitrageur, Andre Amaral Fernandes Judice Gloria, whose financial fortunes we’ve been following online a few weeks ago and again yesterday:

“So in the end, Andre, who did you make your money from, do you suppose: market manipulator(s) or deluded true believer(s)? And if you’d rather not give an exact tally of your winnings, can you characterize the total? E.g., How nice a winter trip to Portugal?”

“I made 11.5 percent return on my investment, which will buy me a plane ticket to Portugal, a sumptuous family dinner once I get there, and some Christmas gifts for my kids.
“The biggest contributors to my Christmas bonus were the betting sites themselves, who have opened up the business line of betting on political events without taking into account the real time adjustments that occur in ‘prediction markets’ like Intrade. This allowed me to take advantage of ‘old’ prices on those sites and arbitrage against ‘new’ prices on Intrade.

“My best trades were made during the first debate, when Obama tanked and prices adjusted on Intrade about 30 minutes into the debate. Betting sites took about one hour to update their odds. It was during that half hour that I did the most profitable trades.

“On other days I made my money off true believers on Intrade and international betters who only hear good things about Obama in the international press. I believe there is a systematic bias for Obama outside of the U.S., and this played a role in prices on betting sites that do not take bets from US persons right up until election day. This created a persistent wedge between the prices on Intrade and other betting sites. Occasionally that gap was wide enough to justify an arbitrage trade (given the transaction costs).

“The best thing though, was the good fun of following the whole show.”

My only hope is that readers feel similarly.

We at Making Sen$e are working on a story to explain where the monthly unemployment numbers come from. To do so, we are looking for interviewees who have worked on the Current Population Survey (CPS; household survey) and/or the Current Employment Statistics survey (CES; establishment survey). Are you a former surveyor? Do you know one? If so, we want to hear from you! Please email us at businessdesk@newshour.org. Be sure to include your contact information. Very much obliged.