Even as she was applying to college last fall, high school senior Taylor Fang was thinking about taking a year off first to find herself. But her parents didn’t think it was a good idea.

“They worried that I would be behind,” said Fang, 17, who goes to Logan High School in Logan, Utah, and was accepted to both Harvard and Yale.

Now, she said, because of the uncertainty caused by the coronavirus, her parents don’t need much convincing to let her take that gap year.

“I would definitely want to take a gap year. It is such an investment, and I just feel like I would be missing out on a lot.”

“Especially with the possibility of having college online, they are actually a lot more on board,” Fang said.

If she can’t go to classes in person, she said, “I would definitely want to take a gap year. It is such an investment, and I just feel like I would be missing out on a lot.”

Get ready for what early indications suggest could be the biggest gap year ever.

Roughly one in six high school seniors say they definitely or most likely will change their plans to attend college in the fall because of the coronavirus, according to a survey of 1,171 students conducted April 21 through 24 by the higher education market research firm Art&Science Group. Of those, 16 percent say they will take a gap year. 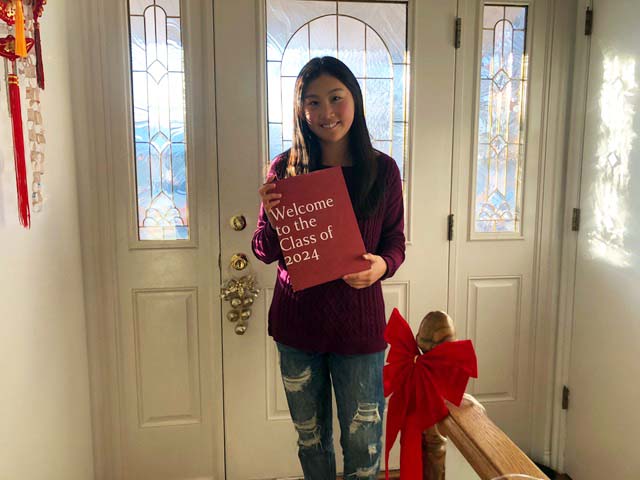 High school senior Taylor Fang of Logan, Utah, was accepted to Harvard and Yale but wanted to take a gap year first. Her parents were reluctant to let her — until coronavirus pushed classes online. “If classes are online, I would definitely want to take a gap year,” Fang says. Photo courtesy Taylor Fang

That compares to fewer than 3 percent of first-time first-year students at four-year institutions who previously went to college soon after graduating high school, but first took off a year or more, according to the Higher Education Research Institute at the University of California, Los Angeles.

“We expect to see an increase in gap years and, actually, gap semesters,” said Angel Pérez, vice president for enrollment and student success at Trinity College in Connecticut and newly named chief executive of the National Association for College Admission Counseling, or NACAC.

That raises the question of what all those students might do instead of attending college. Gap years traditionally involve travel abroad, internships, full-time work or volunteering, which will be off the table if international borders remain closed and jobs prove hard to come by.

One option might be a national service program such as AmeriCorps, which some officials have said could be critical to the nation’s response to the pandemic. Two Democratic senators have introduced a bill that would increase the number of AmeriCorps volunteers to as many as 500,000, and double the stipends that participants receive.

“We expect to see an increase in gap years and, actually, gap semesters.”

Still, “if you’re an 18- or 19-year-old, your alternatives are pretty limited,” said Richard Garrett, chief research officer at the consulting company Eduventures. “Your job prospects are very much curtailed. Your ability to travel and volunteer [is] very, very much curtailed.”

That realization may be one reason the proportion of students saying they would opt for a gap year has declined from March to April.

But this crop of college prospects has a lot of other motivations for taking a year off.

“I don’t think they’ll be doing it for the traditional reasons,” said Jayne Caflin Fonash, an education consultant and president of the NACAC board of directors.

Because of fast-changing financial circumstances, some might want to earn more money to defray the eventual cost of tuition or need to help support parents who have lost their jobs.

Related: College in the time of coronavirus

Some might just need time to process the ways in which they’ve been impacted by the pandemic, whether that’s loss of family income or missing out on major milestones during their senior year, Fonash said.

Felicida Barajas, a school counselor at Jurupa Valley High School in Jurupa Valley, California, said that many of her seniors, after their parents were laid off, now help support their families.

Barajas works at a high school with many students who would be the first in their family to go to college, a significant proportion of them Hispanic; one study found that students’ whose enrollment decisions may be most affected by the pandemic are nonwhite and those whose parents do not have experience with higher education. 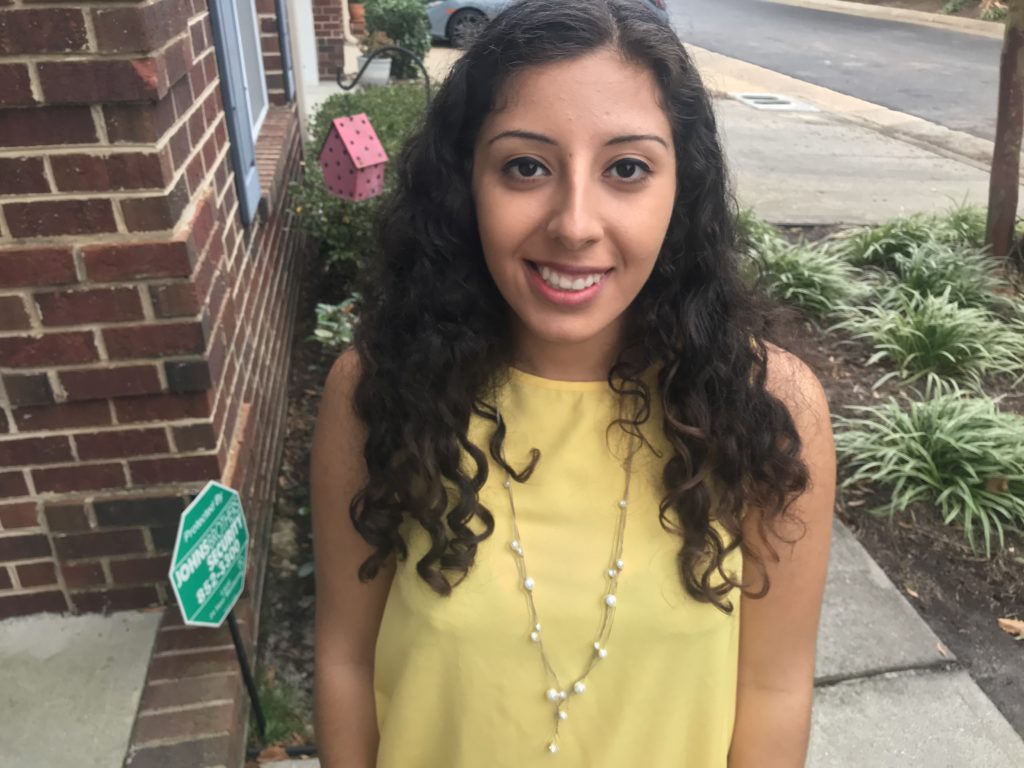 Sama Kubba, valedictorian at Princess Anne High School in Virginia Beach, would have liked to take a gap year, but can’t afford to. She has committed to Harvard, where she got a full-ride scholarship. “I cannot take a gap year because then I wouldn’t have all of that support anymore.” Photo courtesy Sama Kubba

“Now a lot are debating whether to select a college closer to home to assist with finances, go part-time or take a gap year,” she said.

But, like Fang, many students have a simpler reason for considering a gap year: They consider it better than spending a semester or even a year taking college classes online.

“I would rather take the year off and not pay $70,000 per tuition for the same education that I can get anywhere,” said Josh Miller, a senior at Maple Grove Senior High School in Maple Grove, Minnesota, who has been admitted to Northwestern University but doesn’t know what he’ll do if classes remain virtual.

He picked Northwestern, Miller said, “because of the quality of students that I would be around. If I’m not going to have that, I just don’t see the value in a Northwestern education.” 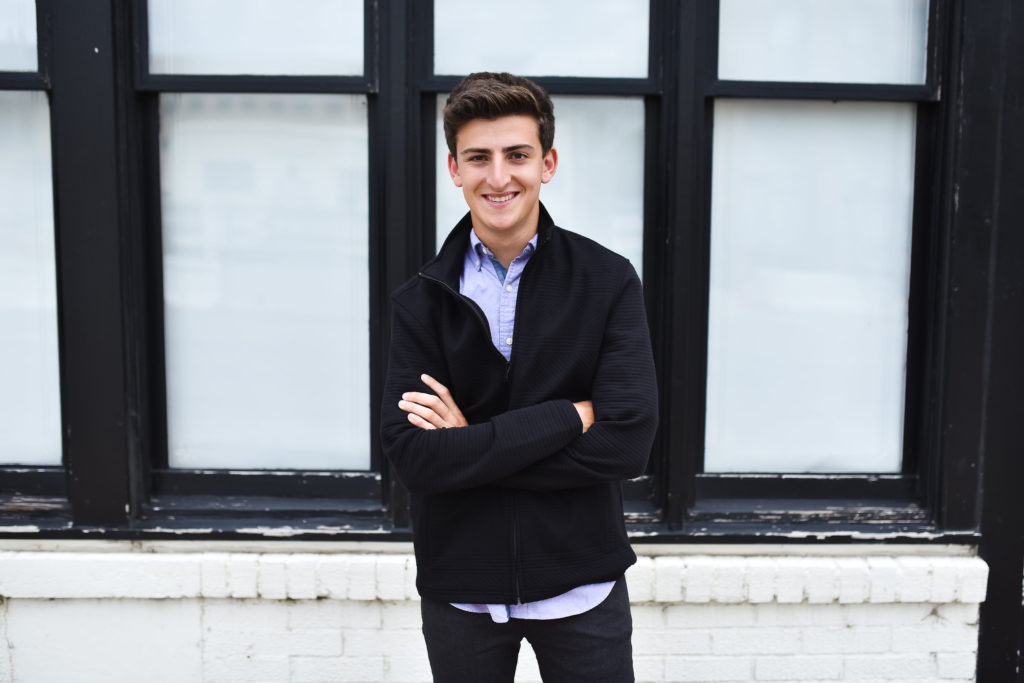 Josh Miller is considering taking a gap year rather than risk having to spend his first semester of college online. “I would rather take the year off and not pay $70,000 per tuition for the same education that I can get anywhere,” he says. Photo courtesy Josh Miller

When the coronavirus first hit in March, many students who had been planning on taking a gap year decided college might be a safer option, said Eva Vanek, admissions director at gap year provider Where There Be Dragons.

“Now, in the last few weeks, that conversation is definitely shifting, where we’re hearing from a lot of students who are in particular nervous that they’re going to have to start their freshman year online,” Vanek said.

Even some students already enrolled in college are considering taking a gap year in the middle of it, an indication of how many doubt that their campuses will return to normal in the fall and want to avoid another semester or two of learning online.

Related: Forced off campus by coronavirus, students aren’t won over by online education

Parents, too — who have often historically pushed back on their children’s plans to take a year off before college — now seem in some cases to be encouraging it. More than 40 percent of parents in a survey by the investment banking and strategy consulting firm Tyton Partners say they are “either uncertain or would not send” their children to school for the fall semester “in a remote-learning scenario.”

“My worry is that we’re paying for the in-person experience,” said Kim Estep, a Connecticut resident whose daughter Morgan is a freshman at James Madison University in Virginia and whose daughter Ryleigh has been accepted to Elon University in North Carolina. “And I don’t feel like online is worth it, at least not based on what I’ve seen from what [Morgan] has received so far.”

Morgan Estep, who is majoring in intelligence analysis, wants to keep studying at James Madison, even if her classes are online. “It’s a really hard conversation that my parents and I and my sister have been having,” she said. “I don’t really want to take a gap year because I’ll fall behind because of the way [my major] is set up.” 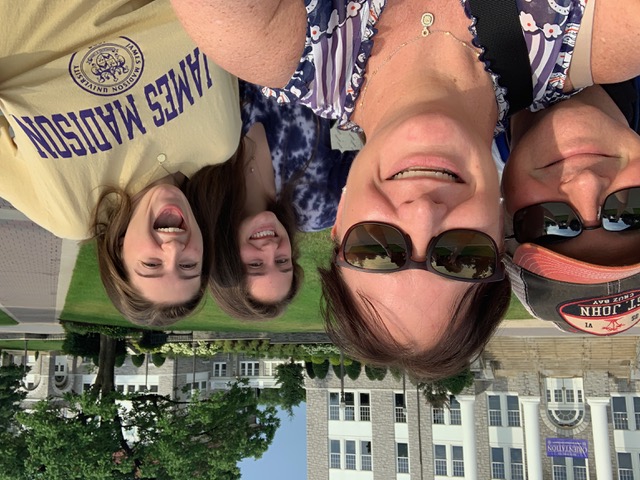 Morgan and Ryleigh Estep with their parents, who are encouraging them to take a gap year from college next year. “My worry is that we’re paying for the in-person experience,” says their mother, Kim Estep. “And I don’t feel like online is worth it.” Photo courtesy Kim Estep

Ryleigh Estep, on the other hand, would rather wait for an in-person experience at a college known for its international education opportunities. “If it came down to it, my sister would rather take a gap year than have her first year of college online,” Morgan said. “She is going to Elon” — the college is highly ranked for its international programs — “because she wants to study abroad and see the world.”

Pérez expects many colleges and universities to be flexible when it comes to allowing students to delay enrollment. “Colleges and universities are probably going to have fewer students,” he said, “but personally, I’d rather a student tell me that they’re going to defer or take a gap year because I still want them to be on my campus, even if it takes a year.”

Not everyone who wants to take a gap year will be able to. Sama Kubba, who is valedictorian at Princess Anne High School in Virginia Beach, has committed to Harvard, where she got a full-ride scholarship.

Many students have a simpler reason for considering a gap year: They consider it better than spending a semester or even a year taking college classes online.

“I actually really wanted a gap year because I wanted to enjoy my college time without worrying about COVID-19, but my family just can’t afford it,” the 17-year-old senior said.

Her family receives public assistance that will be reduced when she turns 18 in November. “For me to be under a college’s wing — to have health insurance, meals, housing, all of that covered — was just a really important factor for me,” Kubba said. “I cannot take a gap year because then I wouldn’t have all of that support anymore. It would literally be a gap in support.”

READ MORE: Pass/fail grades may help students during the COVID-19 crisis, but could cost them later

Other students have run up against institutional restrictions. Rachel Strickland, a 17-year-old senior at Nation Ford High School in Fort Mill, South Carolina, has been admitted to Florida State University, which has a program under which incoming students can first take a formal gap year, but the deadline has passed and the admissions office told her that if she takes a year off now, she’ll have to reapply next year from scratch.

Yet some think college may be the best place to ride out the toll of the pandemic after all.

Malhaar Agrawal, a senior at the Horace Mann School in New York, had been planning to take a gap year to work on a political campaign before enrolling at MIT. He’s changed his mind.

“Now with all of this uncertainty around employment etc.,” Agrawal said, “education seems like a more stable place to be.”

This story about a gap year was produced by The Hechinger Report, a nonprofit, independent news organization focused on inequality and innovation in education. Sign up for our higher education newsletter.

Left: Felicida Barajas, a school counselor at Jurupa Valley High School in Jurupa Valley, California, meeting with students before coronavirus closed the school. Some of her graduating seniors have a simple reason for not going straight to college in the fall: They need to help their families with finances. Photo: Yunuen Bonaparte for The Hechinger Report

Why more teens like Malia Obama are taking a gap year

Read Obama’s statement on George Floyd: ‘It can’t be “normal”‘